Paris Middle School celebrated National Mentoring Month by paying tribute to the 81 community members who have volunteered over 1,000 hours so far this school y... 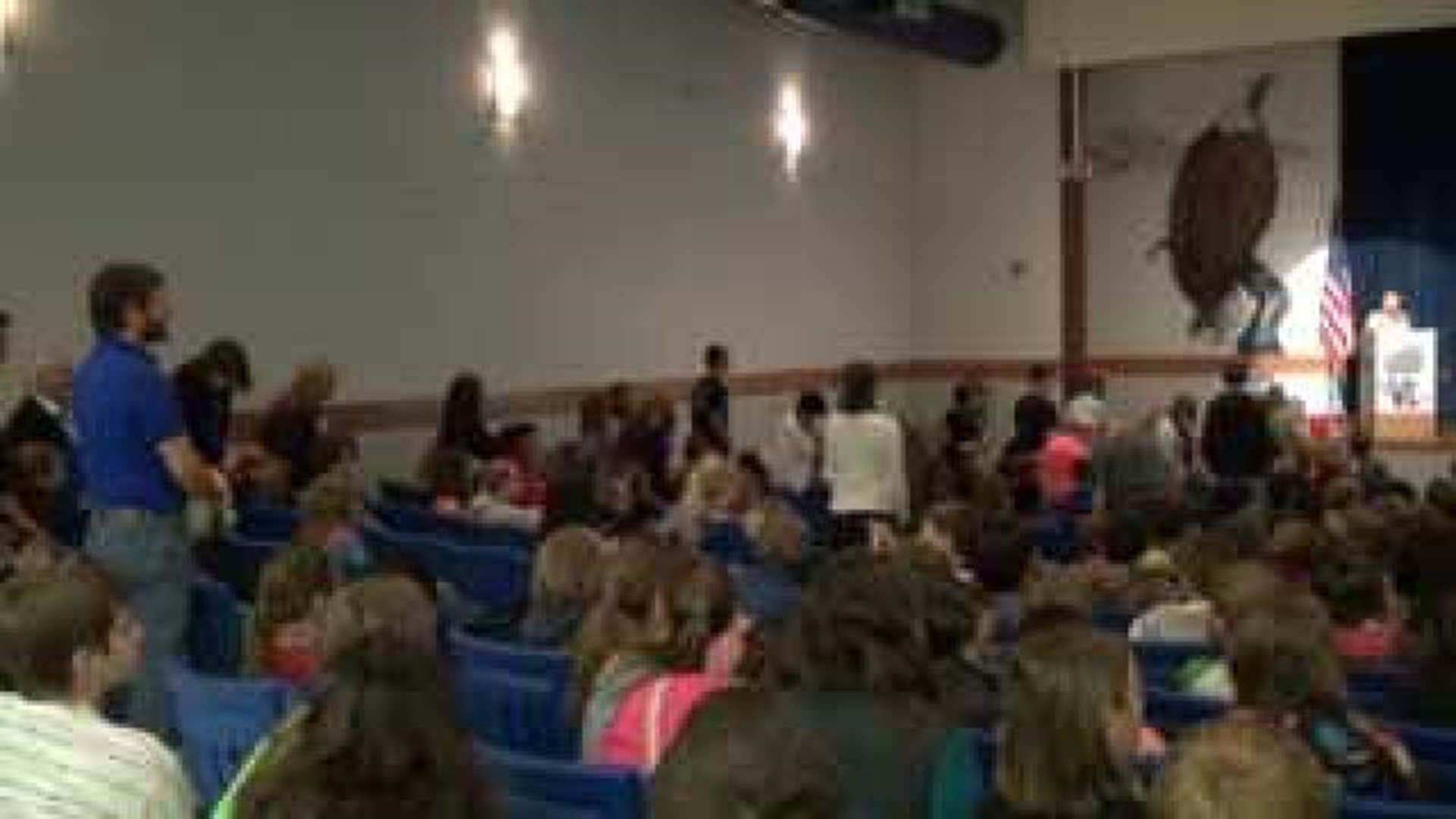 Paris Middle School celebrated National Mentoring Month by paying tribute to the 81 community members who have volunteered over 1,000 hours so far this school year.

Volunteers meet with students during their lunch period. Principal Martha Dodson said volunteer play games with the students, talk with them and build a relationship

According to the principal, students who need or want a mentor are paired up with a volunteer with similar interests. She said it's not that her students are without great, caring parents at home - the mentors simply offer additional encouragement in the school setting.

"It's just someone else is listening to them, talking to them and who cares about them achieving," said Dodson.

The school has seen students' grades and attendance improve as a result of the mentoring program, Dodson said.

The keynote speaker for the event was Marty Burlsworth, brother to former Razorback star Brandon Burlsworth. He described to the group how he mentored his brother growing up.

"We did everything together," said Burlsworth.

Burlsworth said he was very impressed with the mentoring program at Paris Middle School.

"We should all mirror this," said Burlsworth. "This is something we should all try to do - what they're doing right here in Paris."