For the parents of new kindergartners, walking their child to their first day of school is a special moment that will be taken away due to COVID-19. 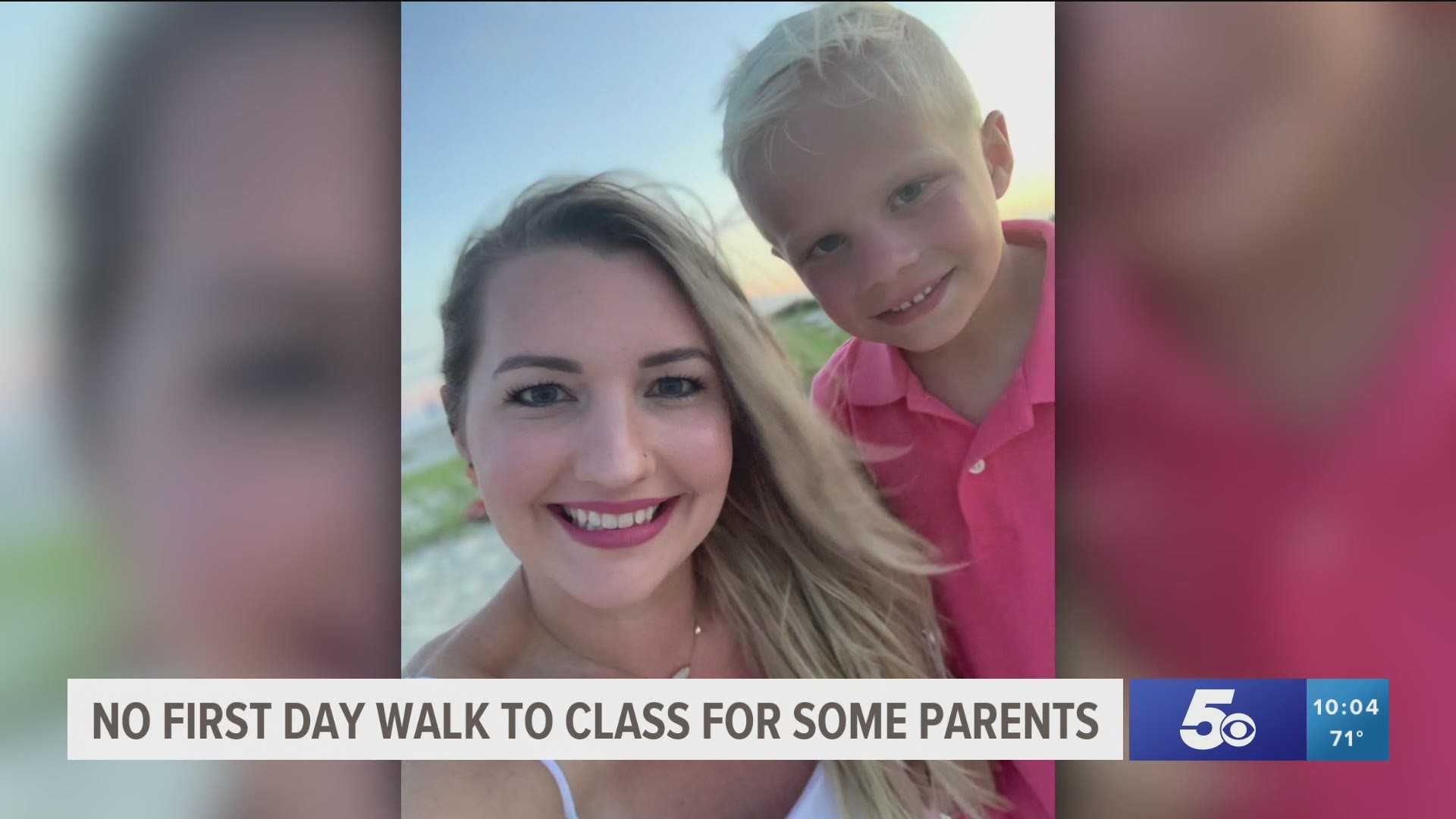 BENTONVILLE, Ark. — The upcoming school year will now be exceptionally hard for one group of young students and their families.

Kindergartners and their parents are faced with challenges that go beyond the classroom and the curriculum. Some districts aren't allowing parents to walk their children inside the building for their first day of school.

For the parents of new kindergartners, walking their child to their first day of school is a special moment.

“It was more than just being a photo op,” said Andrea Sanders a mother of three.

Sanders says she was stunned when she found out that she wouldn't be able to walk her son into his first day of school. She is in the Bentonville School District.

Sanders says she was a bit stressed out having to picture her son going into school alone, without knowing anyone.

“My child is very shy and I was not comfortable sending him into a place that he is not familiar with,” she said.

Thursday (July 6) the Bentonville School District said, "we are not allowing parents to walk students in the first week of school to minimize the risk of COVID-19 in our buildings."

In response to the idea of small children walking into school by themselves, the district said, "we will have additional staff at each school, especially for our younger students, to welcome them upon arrival and get them to their classrooms."

Sanders says she has her son on the blended learning option. She says she wants him in a structured environment at first because he listens more at school.

She says she reached out to school administrators and board officials and was told that a kindergarten meet and greet will be allowed for parents and students to meet teachers before classes begin.

“They do want to make accommodations, they want to keep everyone safe but they don’t know how you’re feeling as a parent unless you tell them,” Sanders said.

Springdale schools say parents will not be allowed to walk children inside for the first day, but Rogers School District is allowing it.