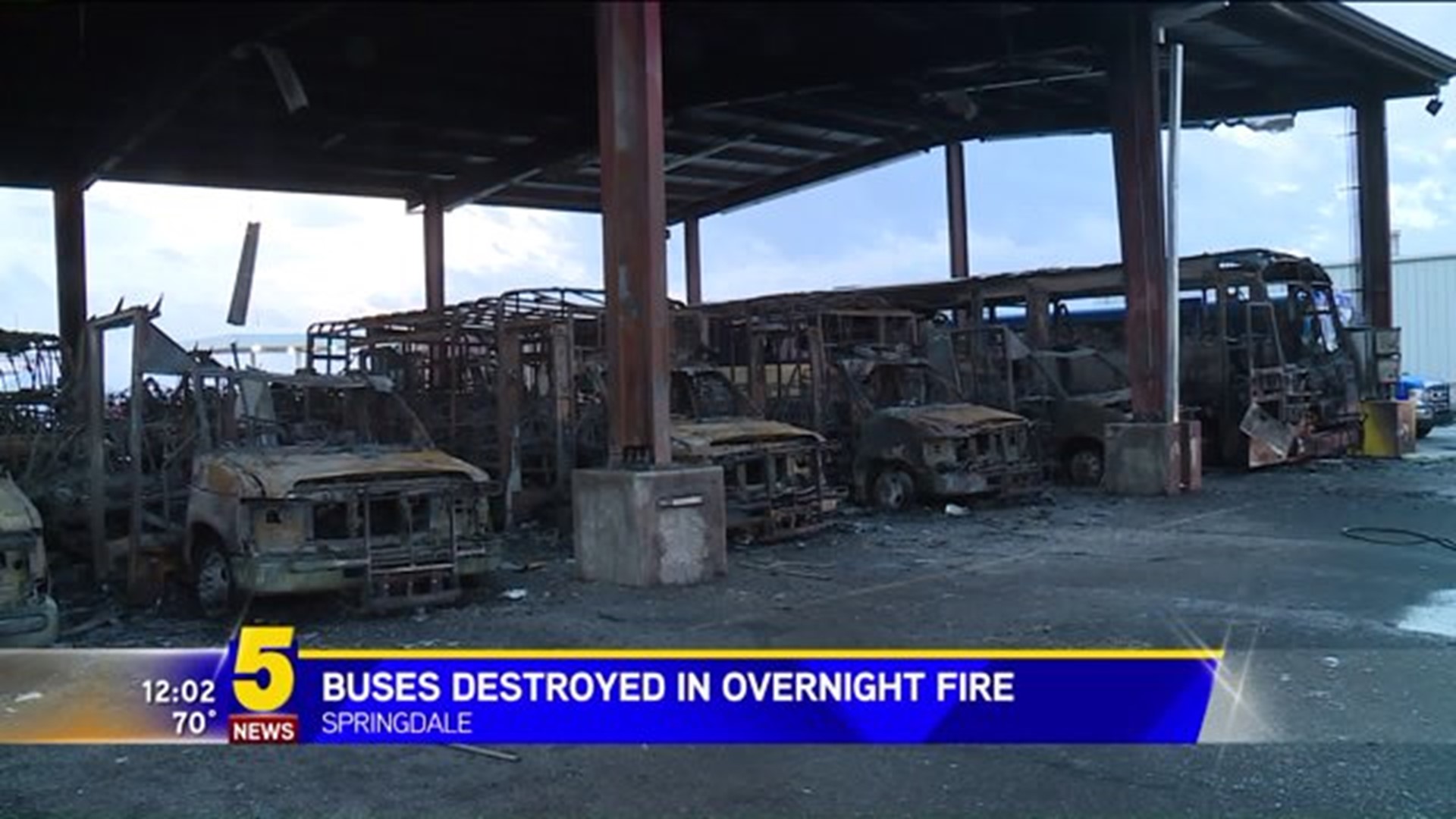 SPRINGDALE (KFSM) -- As the Springdale Fire Department investigates how 20 Ozark Regional Transit buses went up in flames Tuesday morning (Jan. 10), ORT officials are making contingency plans for how to handle the situation temporarily.

"Fuel tanks were blowing up on buses, causing debris to fly," Executive Director Joel Gardner said. "We've got debris scattered all over the parking lot."

Gardner said a dispatcher called him to the bus yard on East Robinson Avenue at 1:10 a.m. When he and firefighters arrive, the entire line of buses was engulfed. Twenty buses were destroyed and four roadworthy buses were spared.

"We'll see if we can get those spun around and provide some level of service in some areas," Gardner said.

Those two buses will be in service Tuesday on the new Commuter Express route and Route 65 in Springdale.

All fixed routes will be out of service until further notice.

ORT said all minivans survived the fire and will also be in service. The company said they are working to accommodate as many passengers as possible with a very depleted fleet, but all services are subject to interruption, rescheduling and/or cancellation.

ORT has reached out to other transit systems around the state and country for help and expects to get buses from other companies that they can use temporarily. Gardner said the goal will be to have nine of the 20 destroyed buses replaced by the middle of next week and 14 buses replaced in two weeks. Additionally, January bus passes will be honored for February given to the circumstances.

In the meantime, some ORT employees will have to take sick time, vacation time or take a layoff and file for unemployment.

Officers said no one was injured in the fire and the cause is under investigation.