OZARK (KFSM) — A $7 million recreational facility is coming to Ozark, and the mayor said it will include an aquatics center. City leaders met with the pub... 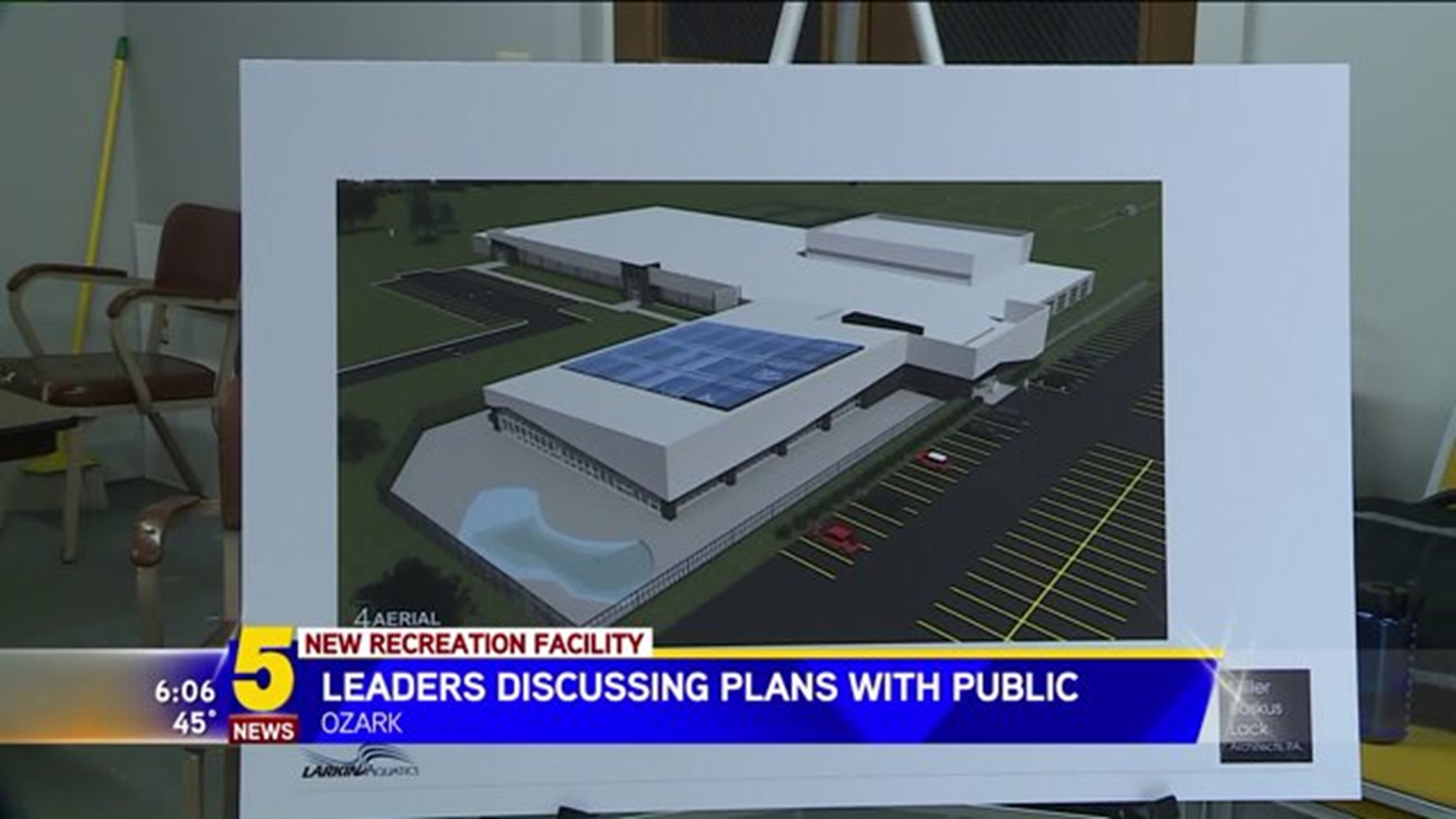 OZARK (KFSM) -- A $7 million recreational facility is coming to Ozark, and the mayor said it will include an aquatics center.

City leaders met with the public Thursday (Feb. 25) to hear feedback on the plans they have so far.

Ozark Mayor T.R. McNutt said while the plans are not finalized, people can expect the indoor aquatics center to have swimming, competition and therapeutic pools. There are also plans for a basketball court and walking track inside the multipurpose building, which might be used for after school activities.

The city hall building on Commercial St. would go through extensive renovations and expansion in order to make everything happen.

The construction manager and architect were available to hear input before moving forward with plans.

McNutt said even though there are water parks in Clarksville, Alma and Fort Smith, voters approved the new community center.

Another $3 million that the one-cent sales tax is generating will go toward a new emergency services building for the fire and police departments. That is expected to be ready in about a year.