JASPER, Ark. (KFSM) — Rumor has it a rooster is on the loose in the small town of Jasper, about 30 minutes south of Harrison. The rooster named Junior has broug... 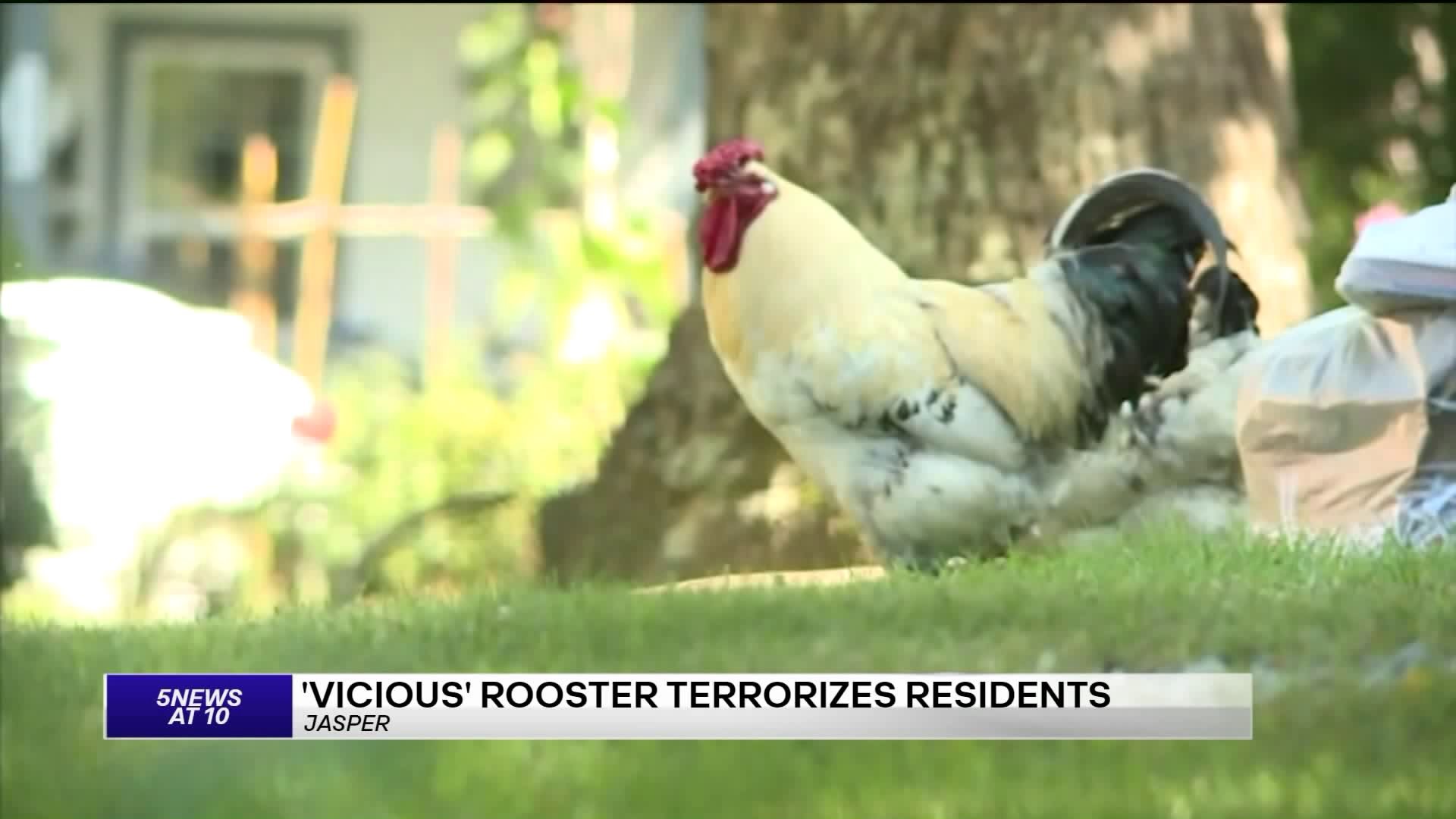 JASPER, Ark. (KFSM) — Rumor has it a rooster is on the loose in the small town of Jasper, about 30 minutes south of Harrison.

The rooster named Junior has brought a lot of attention to the city, so we took it upon ourselves to investigate the truth behind the viral story.

"I don’t think it’s a problem, I’ve had these chickens for 6 years. My husband bought me them for Christmas," said rooster owner Dawn Dulle.

Dawn says her chickens are her beloved pets, but Jasper Mayor Jan Larson says it could present a problem for the city.

"We have had several verbal complaints about a rooster attacking as they walked on south street," Mayor Larson said.

Owners of Junior the rooster say typically people walk by without a problem unless they intimidate the rooster, then they risk the chance of getting chased.

"It’s the ones who get chased who come back and it becomes a game, but it’s not a game to the chickens," said Ronny Dulle.

Dawn's neighbor Dustin Reddil says he's never had a problem with the chickens.

"I'm here working on cars...Thunderbird, Apollo, about every other day or so just doing something and they're right there beside me, don't mess with them they don't mess with me," Reddil said.

While 5NEWS was visiting with Junior and his owners, visitors from North Little Rock wanted a selfie with the rooster.

"I was in Jasper today to do interior design for a friend but this morning before we left I saw the article of the rooster of Jasper and I said 'we are not leaving until I get to see the rooster'," Dana Parker said.

The City of Jasper is thankful for the exposure but wishes it was under different circumstances.

"I have never known a more concerned caring group of people they love their city and treat each other well and that’s why this has been hard on the people here," said Mayor Larson.

The owners and the city are in agreement that something needs to be done and are working together.

"We want to do what we need to do to get along with everyone in the community," Dawn said.

The owners say they’re already working to fix the problem by building a fence for their chickens and clipping their wings. They hope this will be a lasting solution.

There will be a city council meeting next month to discuss the solution and decide if any further action is needed.