FORT SMITH, Ark. (KFSM) — Fort Smith motorcycle owner Joseph Cooper said he decided to by himself the bike as a gift. “I got it like a week before Christm... 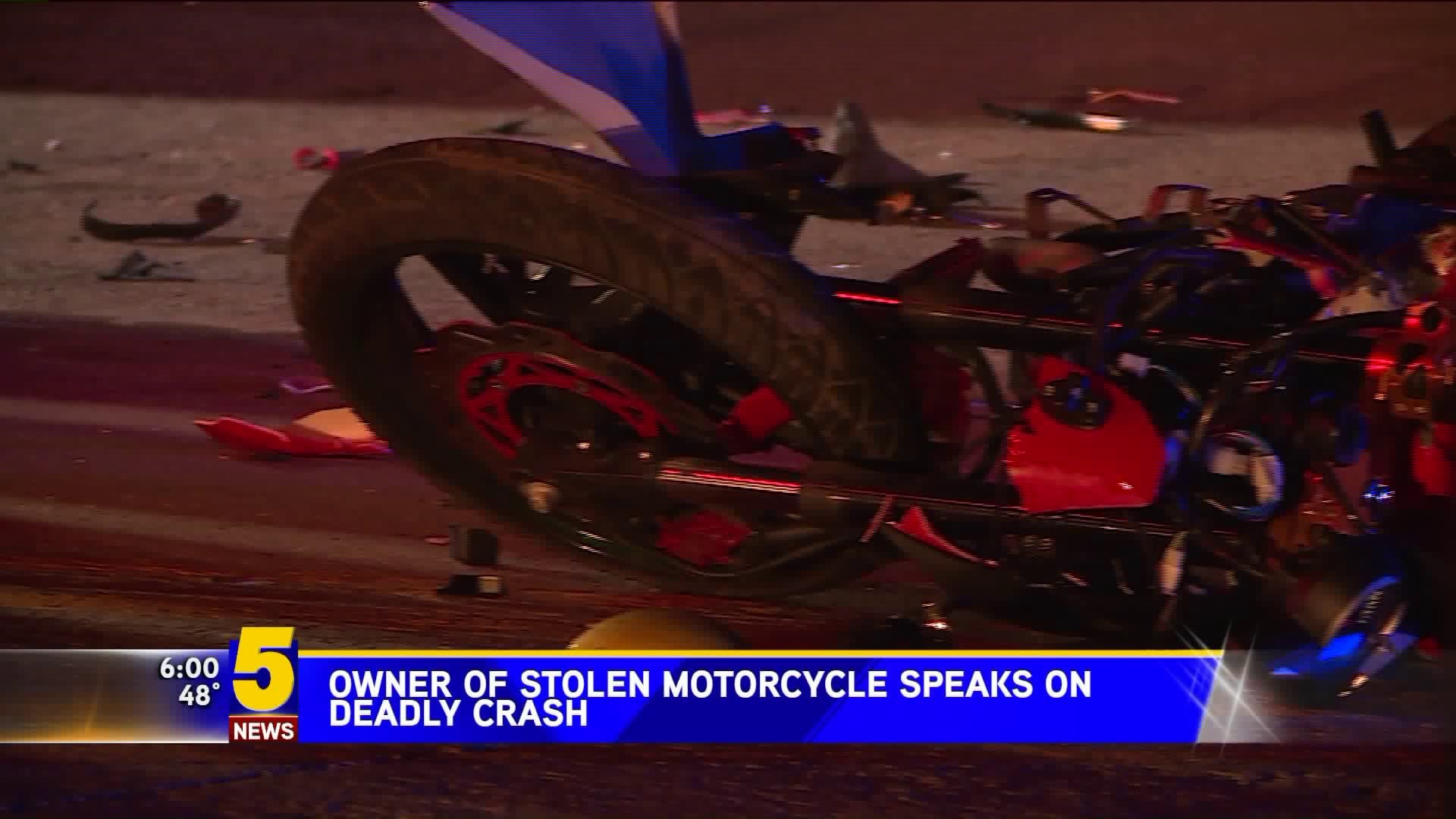 FORT SMITH, Ark. (KFSM) — Fort Smith motorcycle owner Joseph Cooper said he decided to by himself the bike as a gift.

"I got it like a week before Christmas. Immediately started getting things in order, asked everybody to get me things for Christmas. I got a helmet, a jacket," Cooper said.

Cooper still has the accessories for the motorcycle in his apartment. He said he spent time learning how to ride the bike.

Last week when he was on a trip he said he was excited to get back to riding it. But when he returned home on Saturday (March 2), his bike was nowhere to be found.

"I started looking up and down the drive. I thought maybe I parked it somewhere else. My heart sunk," Cooper said. "I have the keys, still have my keys. The tire was locked. The only thing I can assume is they picked it up and put it in the back of a truck."

Cooper reported the bike stolen to police and said he didn't expect to see it again but on Tuesday (March 5) he received a call from Fort Smith Police.

"The dispatcher explained to me that it was involved in a fatality accident and the vehicle was totaled, and the passenger had passed away," Cooper said.

Investigators believe when the driver of the Jeep went to make a left hand turn onto Leigh Avenue it crashed into the motorcycle, killing 20-year-old Dalton Quick.

As of now, police have not issued a citation to the driver of the Jeep and said they didn't seem to be impaired.

Cooper said even though the bike was stolen, the most important message for him to get out is to the families of those affected by the tragedy.

"My thoughts and prayers are with you all. I hope you can have some peace. It's a bad ordeal. For the driver of the Jeep, I feel bad for them too," Cooper said.

Investigators said they are still looking into the deadly crash and into who stole the motorcycle.