BELLA VISTA (KFSM) – Brown’s Tree Care purchased the land less than five months ago and said he was unaware that there were logs buried 60-70 feet undergr... 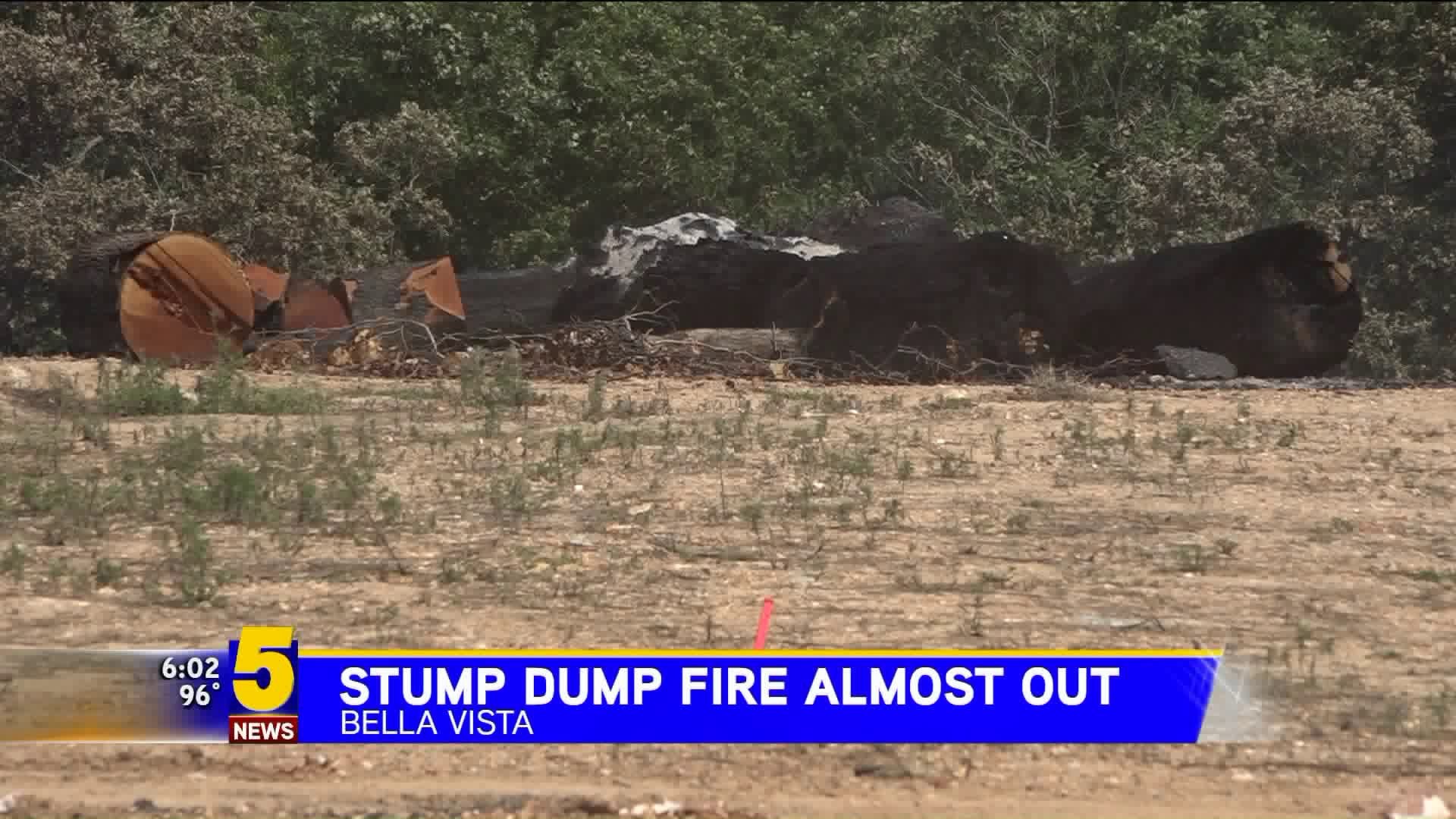 Owner Cletus Wilkins said his crews have been digging up all the stumps that are on fire and filling the holes with dirt. He said the fire is 98% out and it is contained.

He said his crews have been working fast to put it out, but the ground around the fire is unstable making it a slow process.

“I'm sorry this happened, but I didn't know how bad the land was when we got here. This dump has been open since 1977. These gates have been open for 41 years and there has been a lot of stuff that's dumped under here,” he said.

Smoke is still lingering from a stump dump fire off Trafalgar Road that has been burning underground since Wednesday (Aug. 1).

“Even if it's just smoke, studies show that just smoke is very dangerous to breathe in on a regular basis, and there has been a lot of talk about what's really in there,” she said.

She lives nearby the fire in Bella Vista and said she had no clue there was even a stump dump there until it started burning.

“It has been awful to be in our home ever since this has happened. I mean everything smells like smoke. It's like you are in a campfire,” she said.

Stanley Lechner, who also lives near the stump dump, is concerned about safety.

“With these high winds it could throw a spark over in the woods and set all these woods on fire up here. Not only that, it makes it hard to breathe when you are driving to and from here. It's just a nuisance,” Lechner said.

The Bella Vista Property Owners Association closed the stump dump down in 2016 after it reached capacity.

The Arkansas Department of Environmental Quality sent out an inspector last week to ensure everything is safe, and they will continue to monitor the site.

They said a report with the findings will be published.