BENTONVILLE, Ark. (KFSM) — A lawsuit has been filed against the owner Better Home Living in Bentonville. In December 2018, Angel Floro, 71,  pleaded guilty in B... 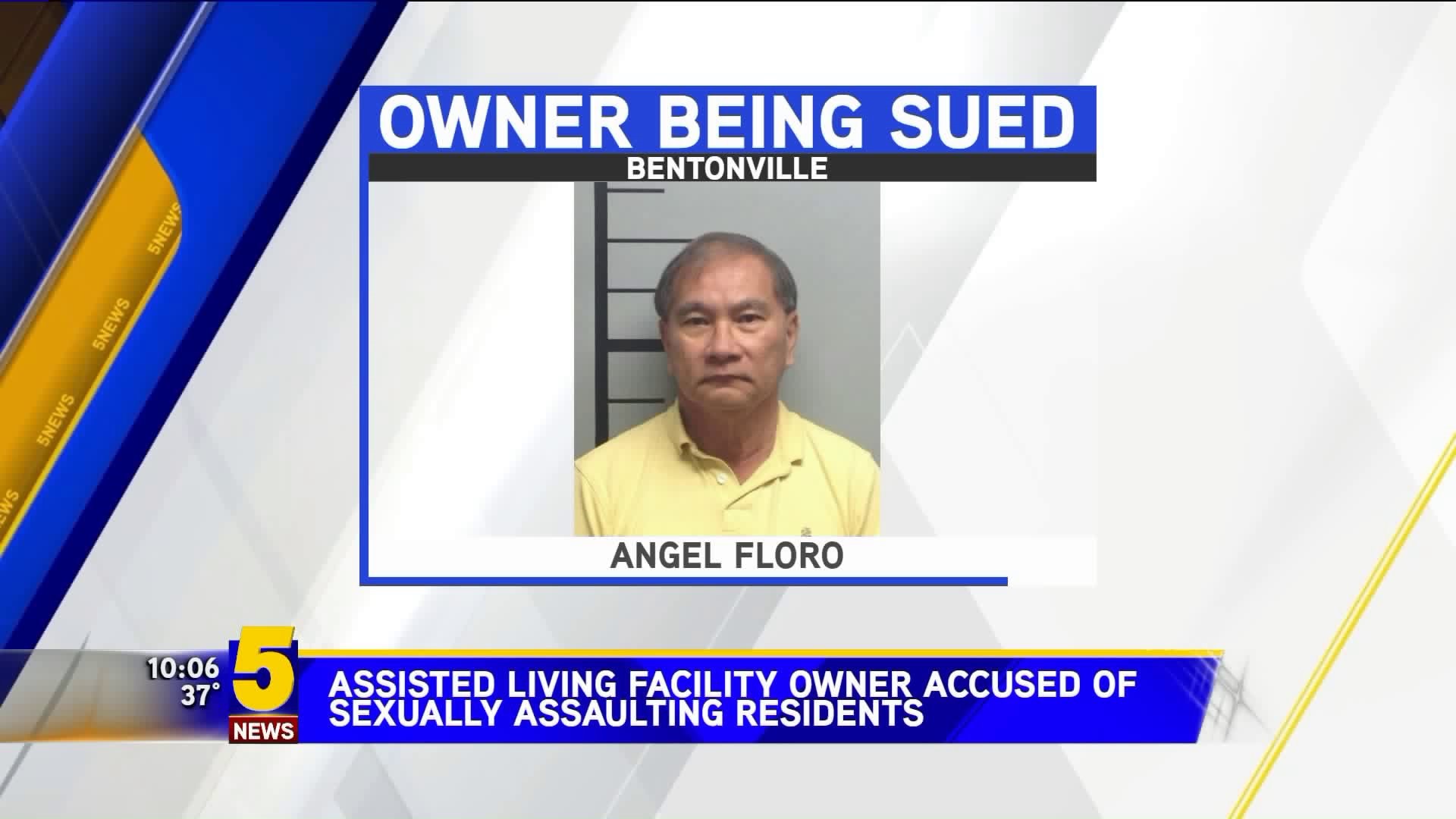 BENTONVILLE, Ark. (KFSM) — A lawsuit has been filed against the owner Better Home Living in Bentonville.

Floro, his wife Terisita Floro and the assisted living facility are being sued by the guardian of one of the women who was sexually assaulted.

The lawsuit is seeking a jury trial and unspecified monetary damages.

Floro, who owns New Adams House, was arrested in April 2016 in connection with rape and second-degree sexual assault.

A resident told police that Floro entered her room on March 8, 2016, and touched her in a sexual manner, according to Bentonville police.

She said that had happened on two other occasions inside the facility. During the investigation, officers said other residents came forward with similar accusations.

According to a police report, she said Floro put his hands down her pants in a breezeway of the building.

Floro told investigators he used to own Blossom Hill Nursing Home in Johnson before it shut down in 2013 due to flooding.

Also, according to the report, residents said that Floro’s wife had approached them about signing a petition to drop the charges against him. Floro’s wife also works at the Adams House.

Judge Brad Karren ordered Floro not to have any contact with the victims or New Adams House. Floro will have to register as a sex offender.