WASHINGTON COUNTY, Ark. (KFSM) — Overcrowding in the Washington County Detention Center is forcing many inmates to sleep on the floor, but this isn’t a ne... 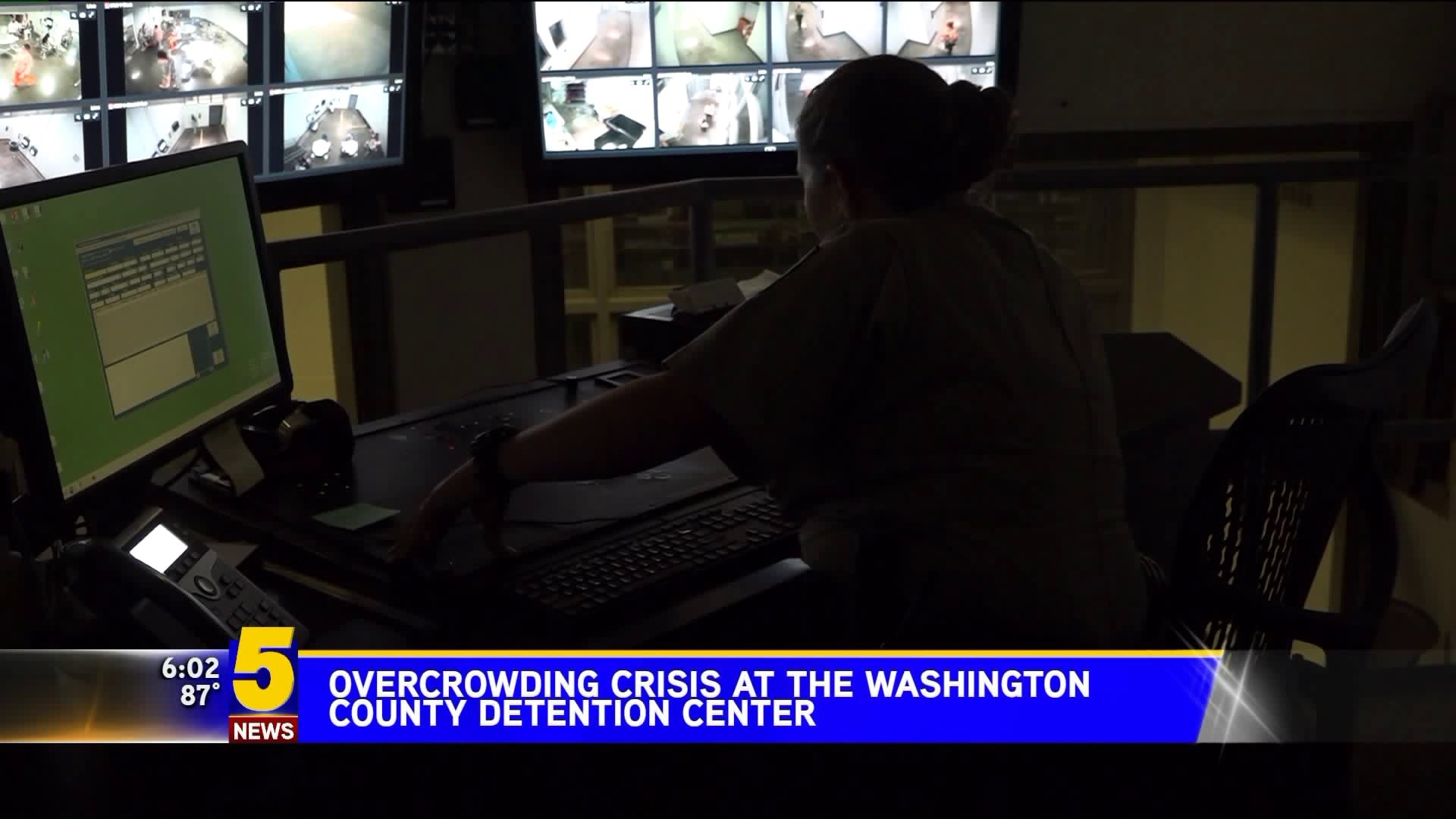 WASHINGTON COUNTY, Ark. (KFSM) — Overcrowding in the Washington County Detention Center is forcing many inmates to sleep on the floor, but this isn't a new problem. Sheriff Tim Helder said it’s a problem he’s ready to solve.

The detention center is releasing about 200 inmates a month without bond just to get them out of the door.

“On average in the last year we've probably had between 30 and 40 people sleeping on the floor,” Helder said.

On Memorial Day weekend the jail hit a fever pitch.

“We had about 100 either on the floor or stuffed into holding cells, crammed in,” Helder said.

Helder says one possibility is to expand the jail, but they need the support of a mostly new quorum court.

“I refer to it as a crisis because truly from my perspective and my world it is because there is no immediate cure at hand that I can reach out with my hand and do, it's a long term problem that's been building that we haven't been able to get addressed at the quorum court level,” Helder said.

Justice of the Peace Suki Highers is one of those new members and agrees the problem needs to be fixed.

“Several of us would like to see a study done of the criminal justice system that would give us a few more answers of alternative ways," Highers said. "We've got, on average, there are 400 people who are pretrial, who have not been convicted of a crime but they are in jail simply because they can't pay bail."

Helder said if an expansion isn't on the table, he has to look for other alternatives.

“The best outcome for future growth, let's get this done, let’s get this behind us, pay for it with a tax, get it constructed and operational," Helder said. "They disagree, so I'm going to keep bringing them opportunities to solve this problem, but ultimately I can't do it without a funding mechanism."

The Washington County Quorum Court meets again in July, but it's not known at this time if the overcrowding issue will be on the agenda.

If there were to be a jail expansion, that would likely mean asking taxpayers for $38 through an election.