Overcrowded School Buses A Concern For Some Rogers Parents

ROGERS, Ark. (KFSM) — A Rogers woman says her grandkids are having to sit on the floor of their school bus because it’s overcrowded. More than a month int... 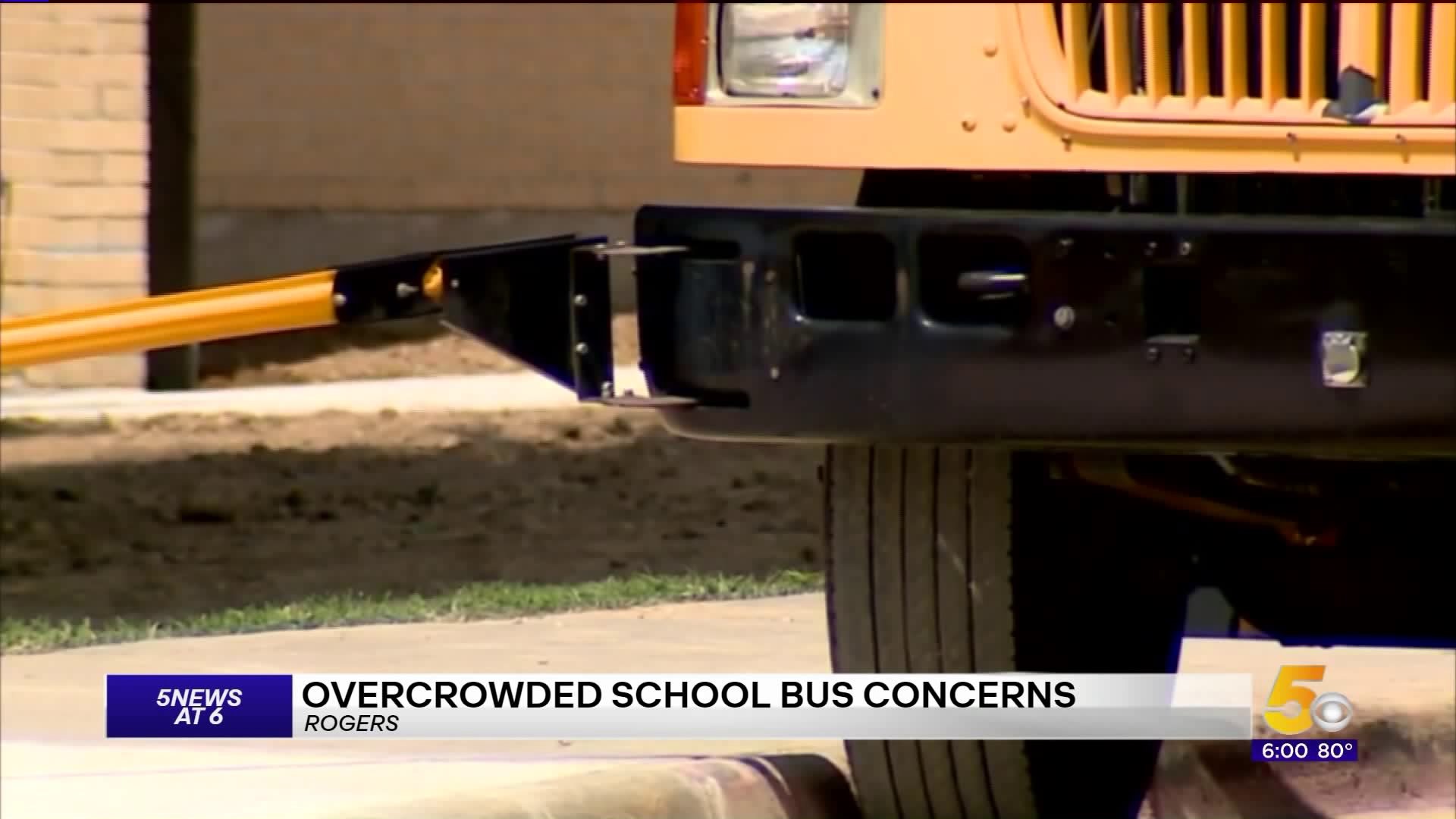 ROGERS, Ark. (KFSM) — A Rogers woman says her grandkids are having to sit on the floor of their school bus because it's overcrowded. More than a month into the school year, frustrated parents say they thought the issue would be worked out by now.

On one bus that leaves Kirksey Middle School each day students say it's so packed there's not enough room to sit.

"72 kids on one bus is a lot, and that's just how many were on there one day this week," Arrie Battles said.

Battles told 5NEWS since school started this year she's been frustrated with the crowded bus conditions. Her grandkids came home with photos one day to show just how overcrowded conditions were.  Battles says kids in a cramped bus can make tensions high for the riders and bus driver.

"They're pretty much just squeezed up against each other, and I can see that he's getting frustrated considering he's hollering at the kids," Battles said.

The National Department of Transportation says school transportation providers can determine how many students can sit on a single bus with the maximum being three children to a seat.

Battles grandson says many students are pushed to the floor because three middle schoolers simply won't always fit on one row. Battles says for the safety of everyone on board she has asked the Rogers School District many times to consider creating a second route.

"It just worries me that you've got this bus driver who has all these kids to keep up with and I see that I can't do it and that's a lot. It makes me worry my kids come home every day and complain about it. It just scares me."

"While a couple of buses are experiencing an increase in volume of students, it has never been necessary for students to sit on the floor of the bus. It is not uncommon for the number of students riding on buses to fluctuate in the first few weeks of the school year, and our transportation department is working to alter routes and stops to balance the student loads more efficiently."

They went on to say they are currently working to inform students and families on bus route restructuring. School leaders say the changes are planned to be completed by Tuesday, September 24.