BENTONVILLE, Ark. (KFSM) — Over 800 pounds of medical marijuana has been sold in the Natural State since the start of the summer. This has racked in over $6 mil... 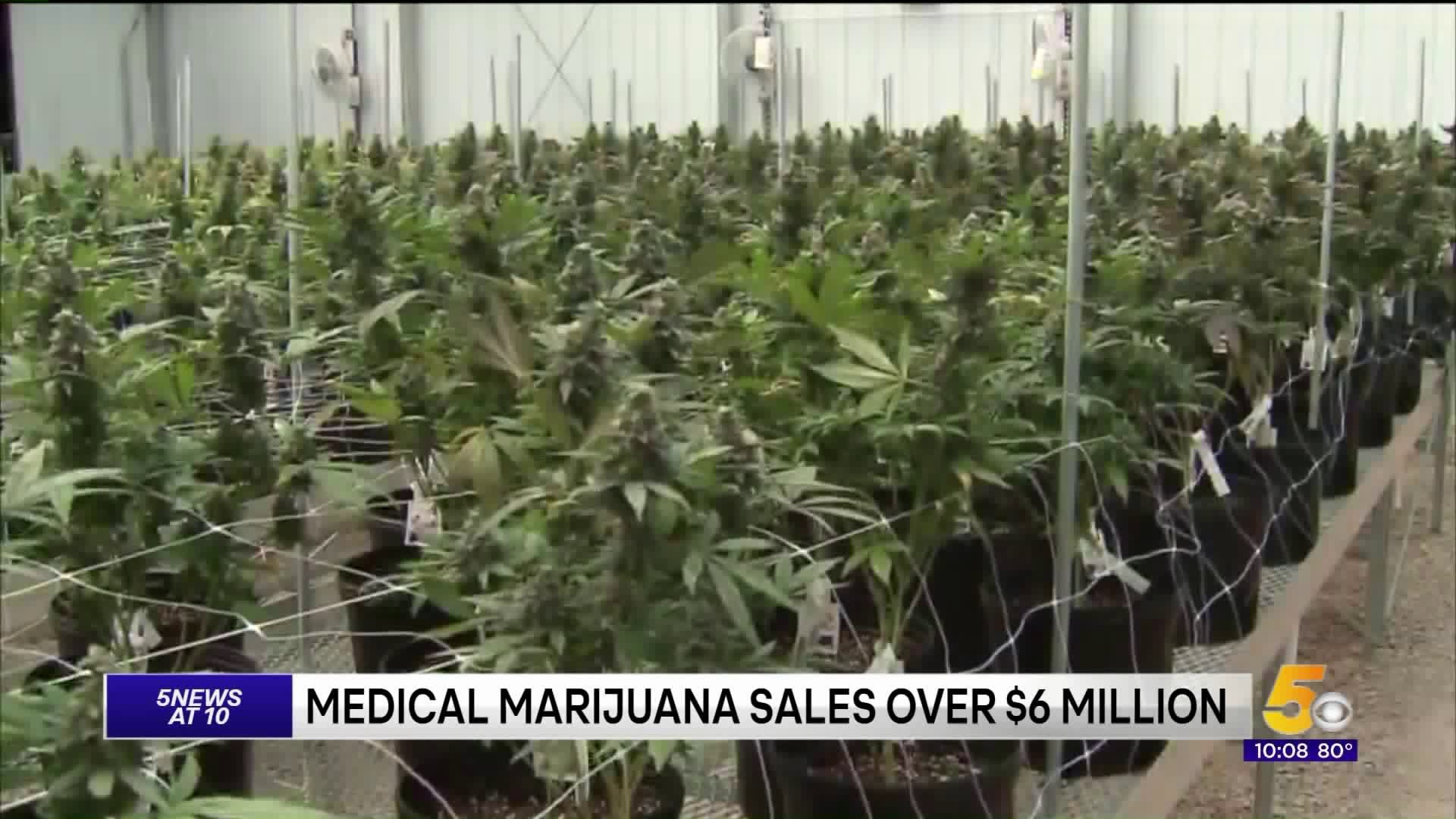 BENTONVILLE, Ark. (KFSM) — Over 800 pounds of medical marijuana has been sold in the Natural State since the start of the summer. This has racked in over $6 million in total sales for the state.

Newly opened Bentonville dispensaries Releaf Center and The Source have sold a combined total of 63.16 pounds of marijuana, according to Scott Hardin, Spokesperson for the Arkansas Department of Finance and Administration.

A majority of the sales in Northwest Arkansas has come from the Releaf Center. The company has sold 51.59 pounds of marijuana. While The Source has sold 11.57 pounds since opening on Thursday, August 15.

The AP reported Oklahoma's participation rate is among the top of the 33 states that have legalized medical marijuana.

Despite voters approving the program in June 2018, the state has reported more than $7.2 million in sales in February alone, according to the AP.