BENTONVILLE, Ark. (KFSM) – A handful of school districts around Arkansas have offered academic courses on the Bible, and Bentonville Public Schools may so... 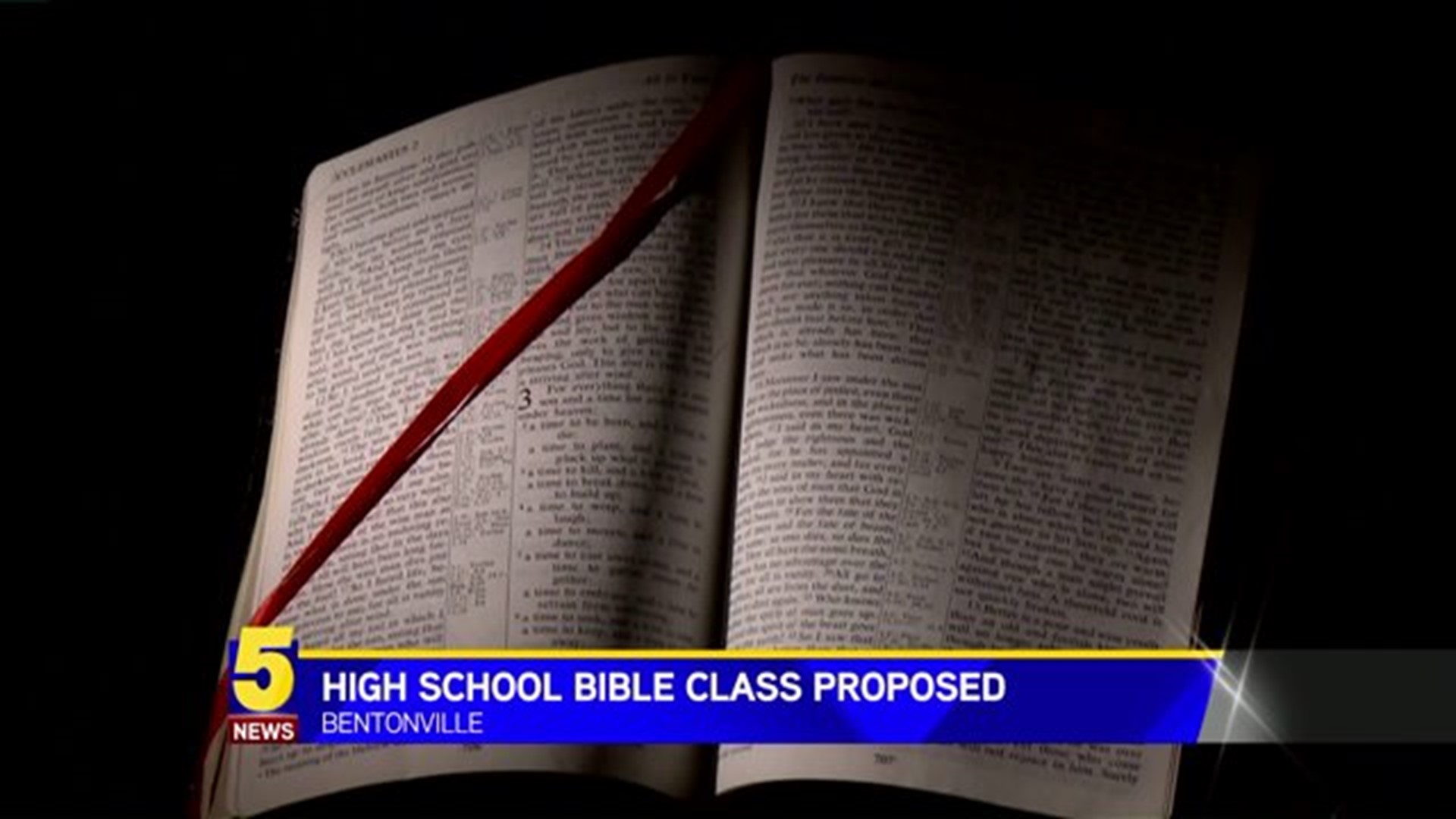 BENTONVILLE, Ark. (KFSM) - A handful of school districts around Arkansas have offered academic courses on the Bible, and Bentonville Public Schools may soon be one of them.

Bentonville School Board member Brent Leas said the class could be useful to students.

"This is just an opportunity for us to have the Bible as an open elective course for those students who would be interested in knowing more about the Bible in its historic and literary context," said Leas.

Soon-to-be Bentonville resident Jan Williams said she is a Christian, but disagrees with the proposal. She said it could open the door for non-religious groups to spread their message

"When we turn that over to the schools, it just allows so much other stuff to gain a foothold," said Williams.

Rita Sklar, executive director of the American Civil Liberties Union of Arkansas, said she doesn't disagree with adding the course, but advised the school board against it, and called it a slippery slope.

"It's vital and important to know about it, I think, to really understand with student culture," said Sklar, who earned a degree in religious studies. "It's just tricky in the secondary school world to do it right."

Leas reassured parents that this is not an attempt to bring religion into public education.

"This is not that," said Leas. "This is simply an opportunity to understand a well documented book that is known worldwide, and just an opportunity to look at it at a deeper dive with literary and historical context."

The Bentonville School Board is expected to discuss the proposal at their next meeting in June. If adopted, the course could be offered during the 2017-2018 school year at both high schools, according to Leas.

Sklar said ACLU Arkansas would be paying close attention to the drafting of the curriculum if the course is added.