OZARK, Ark. (KFSM) — Three people were killed and another severely injured when a helicopter crashed Sunday (June 2) at a music festival near Ozark. Pilot Chuck... 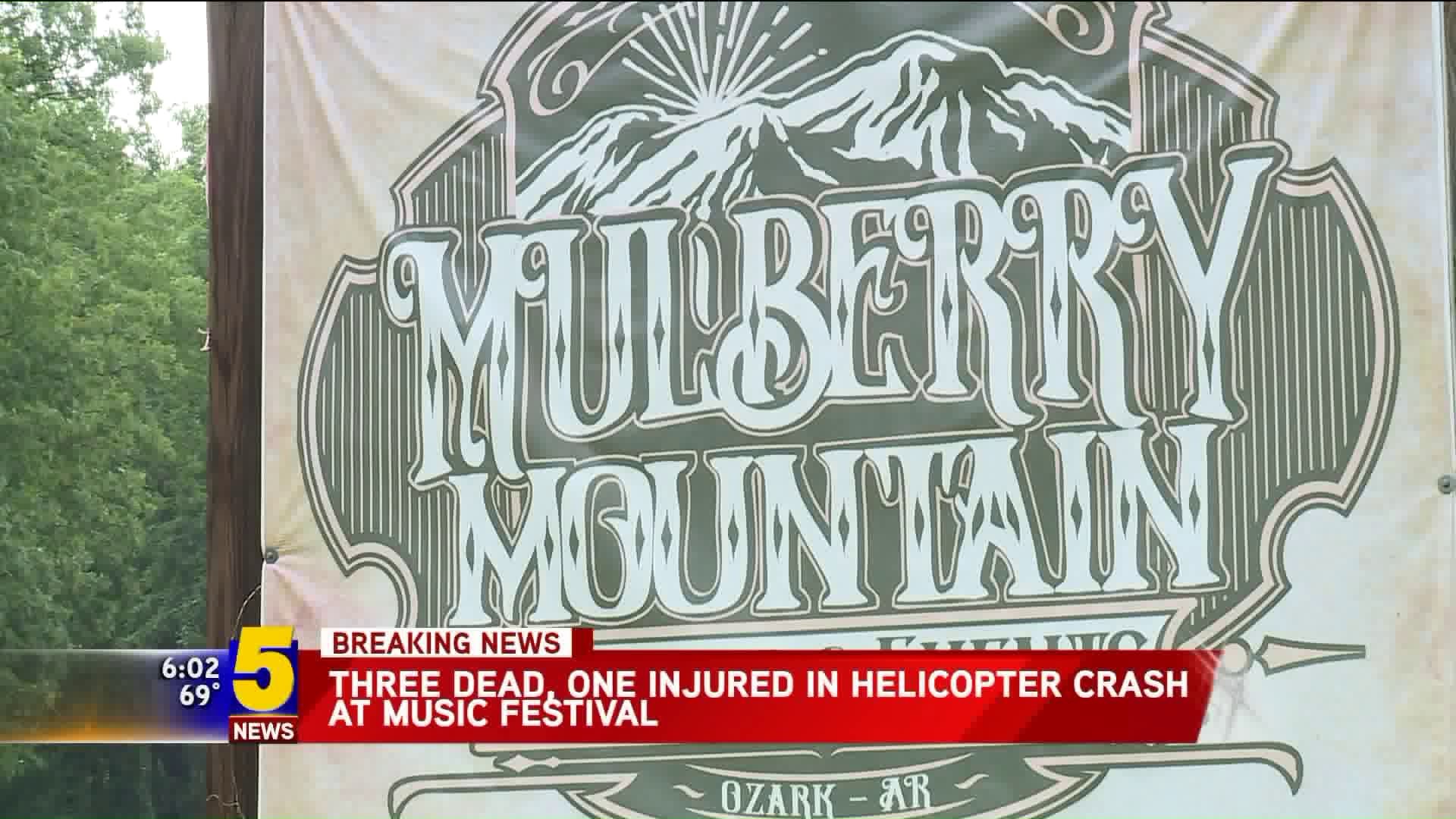 OZARK, Ark. (KFSM) — Three people were killed and another severely injured when a helicopter crashed Sunday (June 2) at a music festival near Ozark.

Pilot Chuck Dickson, of Tulsa, Okla., and two passengers -- Sarah Hill of Austin, Texas, and Marco Orneals of Mexico -- died after crashing not far from the landing site, according to the Franklin County Sheriff's Office.

A third passenger, Zachari Peterson of Omaha, Neb., was taken to a Tulsa hospital with several broken bones and internal injuries. He was listed Monday (June 3) in critical condition.

The Federal Aviation Administration is currently investigating the cause of the crash.

Officials confirmed Monday (June 3) that the three passengers and the pilot were on board a tour ride at the Backwoods Music Festival at Mulberry Mountain when the helicopter crashed.

The helicopter was from Tulsa County Helicopters and was being used to give customers a bird's eye view festival.

Franklin County Sheriff Anthony Boen said Sunday (June 2) that the pilot was due back about 7 p.m. but did not show up as scheduled.

The wreckage was found about 8 p.m., investigators said.