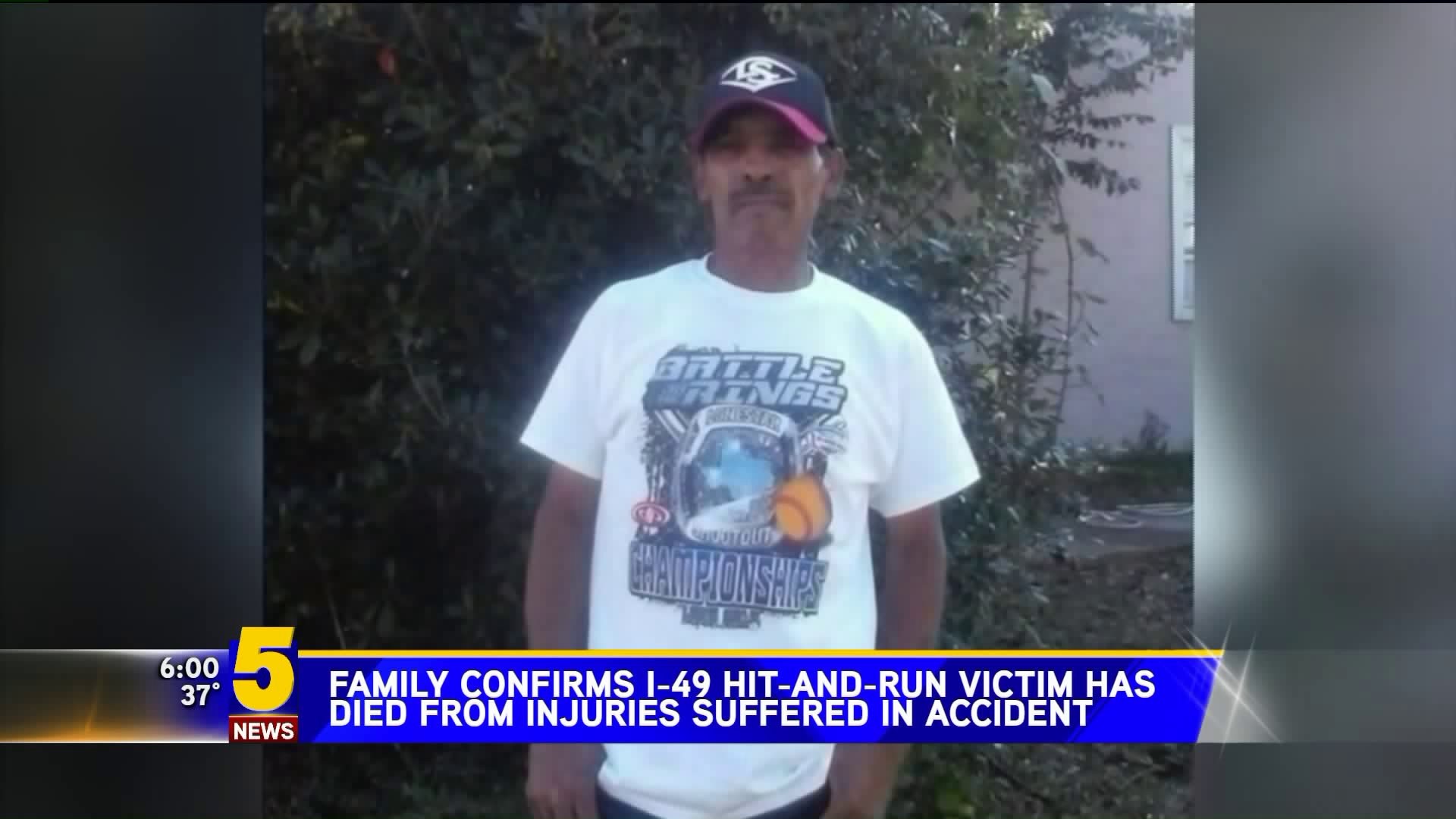 JOHNSON, Ark. — A Johnson family is talking about their loved one after they said three vehicles hit and ran over him.

Family members said 60-year-old Ricky Diaz died Saturday (Dec. 29) from his injuries. Diaz was walking near I-49 and exit 67 in Johnson early Saturday (Dec. 22) morning. They say the first two vehicles that hit him did not stop, and only the third one did.

"The first two vehicles who hit him and did not stop should have had the courtesy, the generosity, the human heart to stop and say hey something happened," said Tara Diaz, Ricky's daughter-in-law.

The Diaz family said police are not giving them much information about what happened. Family members said they want to know what witnesses told police and a description of the vehicles who may have hit him.

"We need to find out who did this so we can bring justice for him, nobody deserves to die like this," said Tara.

The family said Ricky has multiple broken bones and a severe head injury. They said he often walked around that area, but never on or near the interstate.

"Them hitting him and kept going has made it worse for him," said Jesus Diaz, Ricky's son. "We want anyone who has seen anything or knows something to come out and say something."

Arkansas State Police are investigating a pedestrian accident, but wouldn't give any further details.

The Diaz family ask to please step forward if you have any information that could help.

A GoFundMe has been set up by the Diaz family to help cover funeral expenses for Ricky.