BELLA VISTA, Ark. (KFSM) — A Bella Vista father is expressing his frustration with a city ordinance after he was told he had to take down his children’s s... 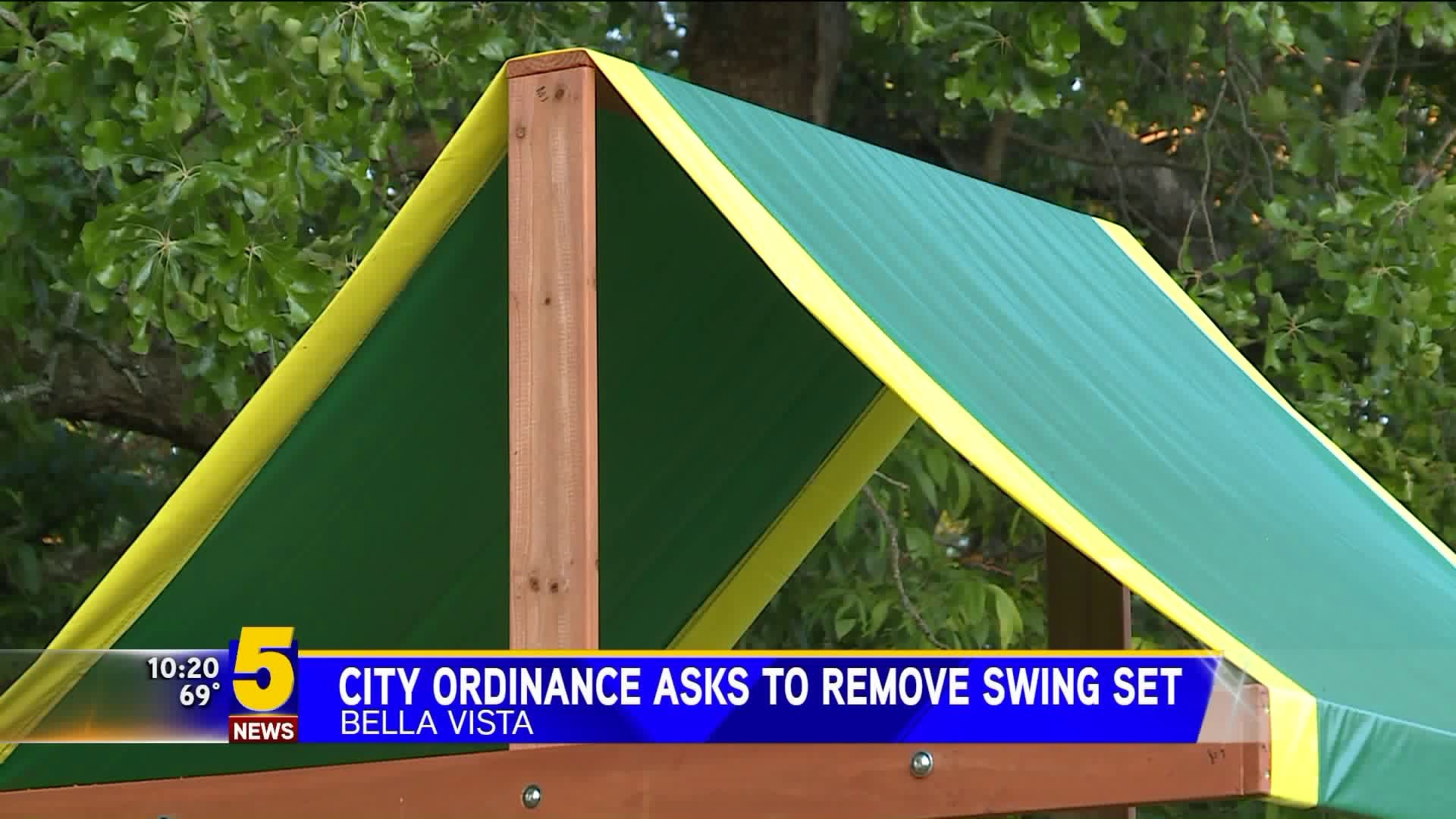 BELLA VISTA, Ark. (KFSM) — A Bella Vista father is expressing his frustration with a city ordinance after he was told he had to take down his children's swing set in their front yard.

"We’re upset because we’ve been here for 10 years, we did have a swing set that I did demolish this year," said Bella Vista resident Matt Yockey. "It was metal and rusty and was somewhat unsightly and per their notice, this swingset is unsightly and needs to be removed by a city ordinance."

Yockey is a father of three and says he received a letter in the mail sometime last week about having to remove his playground equipment from his front yard.

The letter says that the city of Bella Vista has adopted regulations about nuisances and parking to help retain and improve property value. Having any sort of playground equipment in a front yard goes against the ordinance.

"I have three kids who want to play and I don’t have an option in my backyard like most Bella vista lots," Yockey said. "Mine is sloped in the back and we have septic system that has lateral lines running across back so we can’t level any part of the backyard to level this playground equipment."

Communications Director for the City of Bella Vista Cassi Lapp explains the importance of citizens voicing their concerns at city hall meetings.

Lapp adds that several residents don't know they are violating a code until they get a notice.

"The best thing that residents can do and any of us can do as a resident of any city is know where to go with problems that we have and know how to approach the correct people in order to see if that can be addressed," Lapp said.

Yockey still says he doesn't see the reason as to why he has to take the swingset down.

"We’re tucked back here, none of us care that anybody else is doing anything," Yockey said. "We don’t see how it adversely affects our property value and none of us are really doing anywhere."

Yockey says he plans on reaching out to the city council and the inspector this week to see what he can do to make sure his kids swing set can stay up and running in their front yard.