FRANKLIN COUNTY (KFSM) — An investigation is underway in Franklin County where human remains were found one week ago. As the investigation into who the remains ... 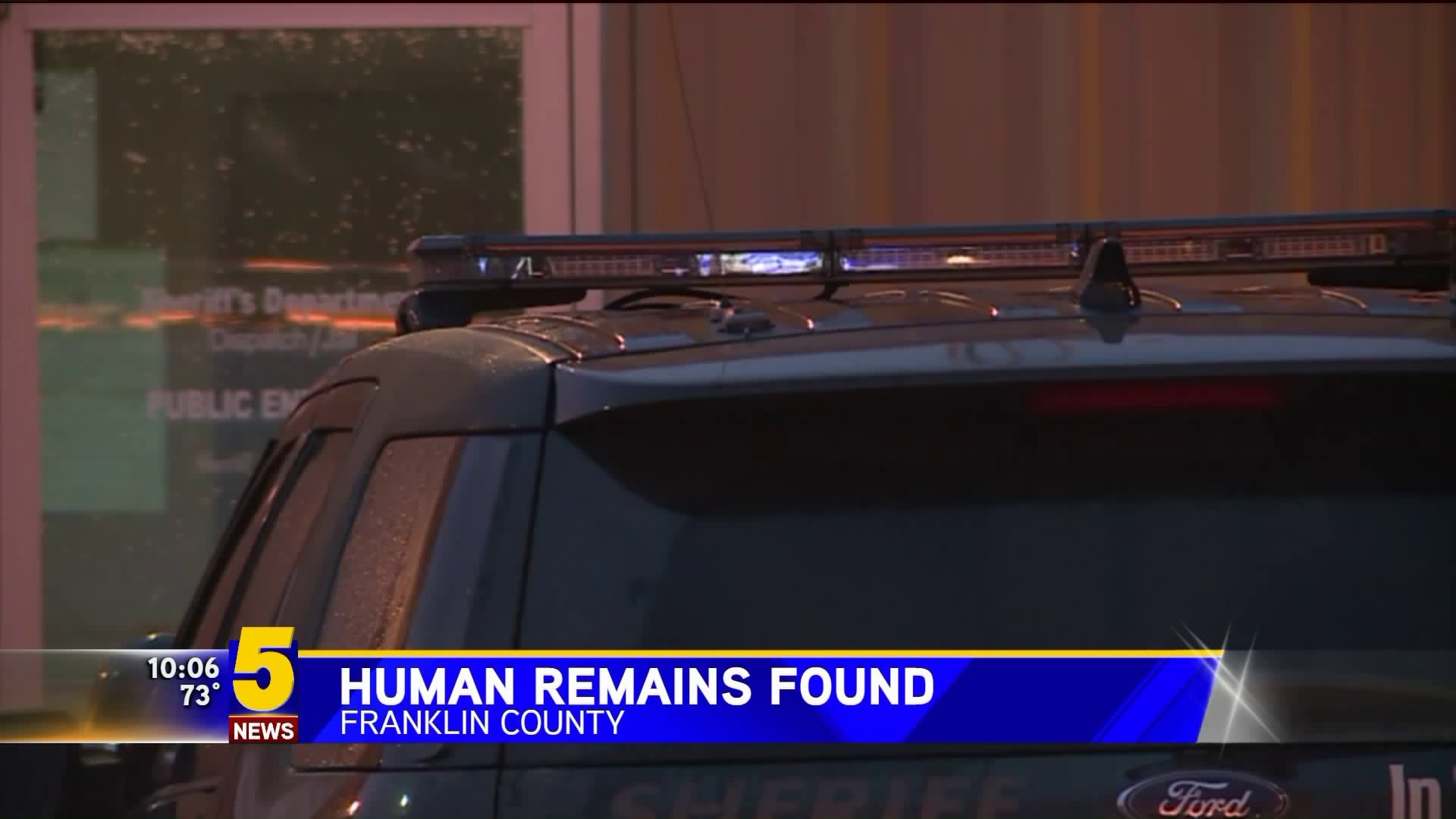 FRANKLIN COUNTY (KFSM) — An investigation is underway in Franklin County where human remains were found one week ago.

As the investigation into who the remains belong to is underway, one woman says they may belong to a loved one who has been missing.

Kasey Crouch says the father of her two children, Nicholas Shawn Stewart, has been missing for two months.

Kasey says her family is now hoping for answers about his whereabouts of Stewart who has was last seen on May 5.

"He was really goofy and sometimes he was hard to get along with but you had to like him," said Stewarts son Kaden.

Kaden says he grew worried about his father when he didn't hear from him after several days.

"I’m pretty concerned but I’m trying not to show it too bad," Kaden said. "He was there one day and then the next day he’s gone. It’s a hard concept to grasp."

According to Kaden’s mother Kasey, after human remains were discovered in Franklin County on July 3, she was contacted by the sheriff’s department.

When asked what the detectives told her, Kasey had this to say: "That human remains were found in the same area where Nicholas went missing at."

Kasey says investigators described the remains as skeletal. She mentioned that Nick had faceplates from a traumatic injury he suffered and was on medication.

Sheriff Anthony Boen says the remains have not yet been identified and have been taken to a crime lab for identification. He did not say if the remains were male or female. He says it could be several more days before the remains are identified.

According to Sheriff Boen, there are currently two open missing person cases in Franklin County.