OmaHog Shirts Flying Off The Shelves At Local Retailers

FAYETTEVILLE, Ark. (KFSM) — If it’s OmaHog shirts you are looking for there are many options you can buy at local stores not too far from Baum-Walke... 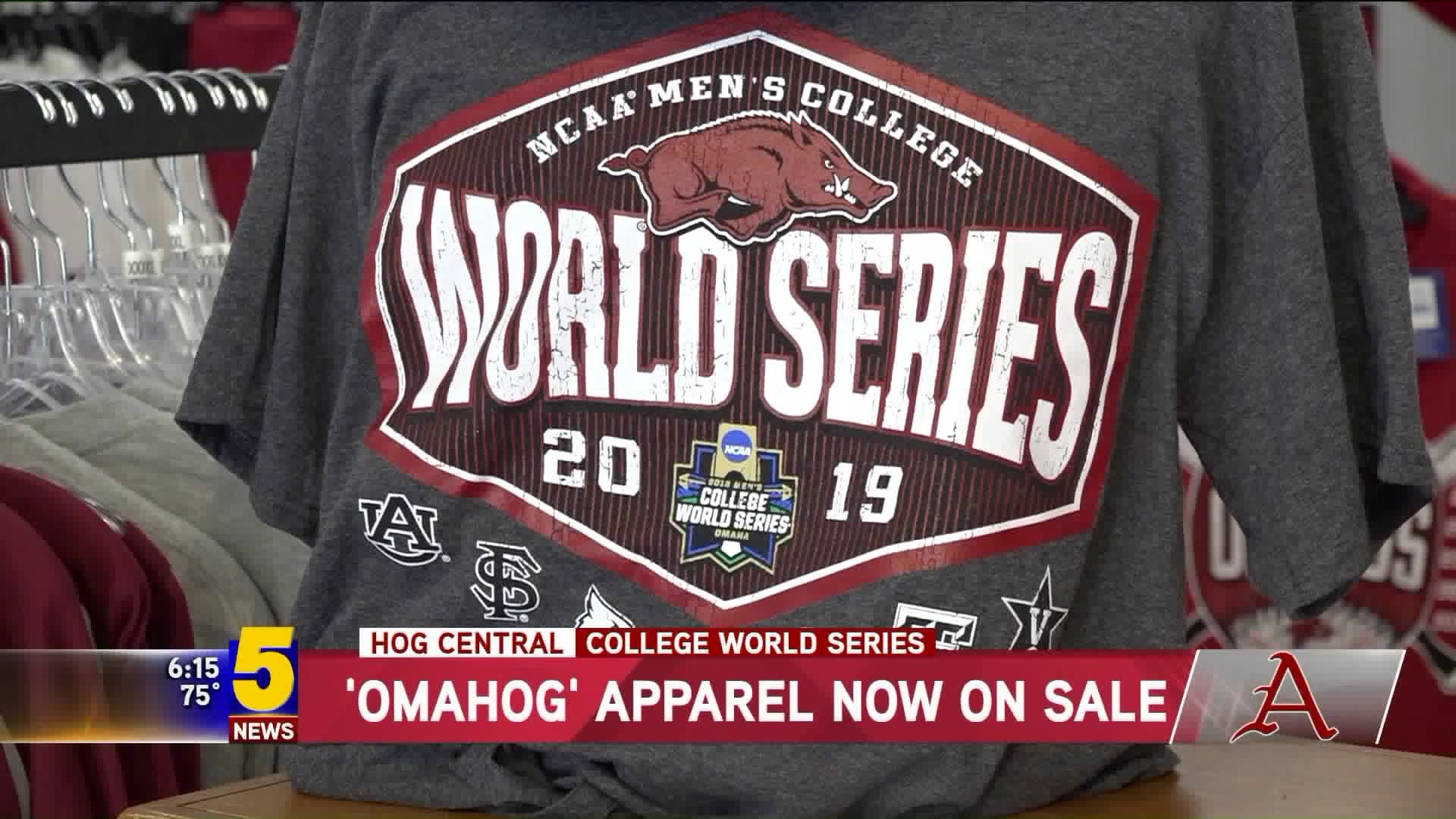 FAYETTEVILLE, Ark. (KFSM) -- If it's OmaHog shirts you are looking for there are many options you can buy at local stores not too far from Baum-Walker Stadium.

Houndstooth Clothing Store had to make even more OmaHog shirts this morning because they were flying off the shelves Wednesday (June 14).

Houndstooth Clothing store team leader Sarah Wiebe says it's been great to see all the fans come in to shop.

Hog fan Rick Dodson is one of the many people who went to The Stadium Shoppe on Razorback Road to look for OmaHog shirts.

“Woo Pig Sooie is all I gotta say, I am very excited to get to go back two years in a row," Dodson said. "That`s something that`s hard to achieve. It`s hard to go the first time, but to do it back to back is really amazing, it just shows our dedication to our team."

Stadium Shoppe owner Robert Mann said they have OmaHog shirts and two different College World Series shirts that came in Thursday(June 13) and they are going fast.

“This baseball season has turned out to be bigger than football was for us by a longshot," Mann said. "In fact, yesterday was just like another football game day and today it`s headed in the same direction."

Mann has a theory about why this year is busier for them than last year was.

Now if you aren`t able to shop in person, both Houndstooth Clothing and The Stadium Shoppe have online stores you can order from.