PRAIRIE GROVE (KFSM) – Demolition has started on the 54-year-old Prairie Grove Primary School building where dozens of children started their education. I... 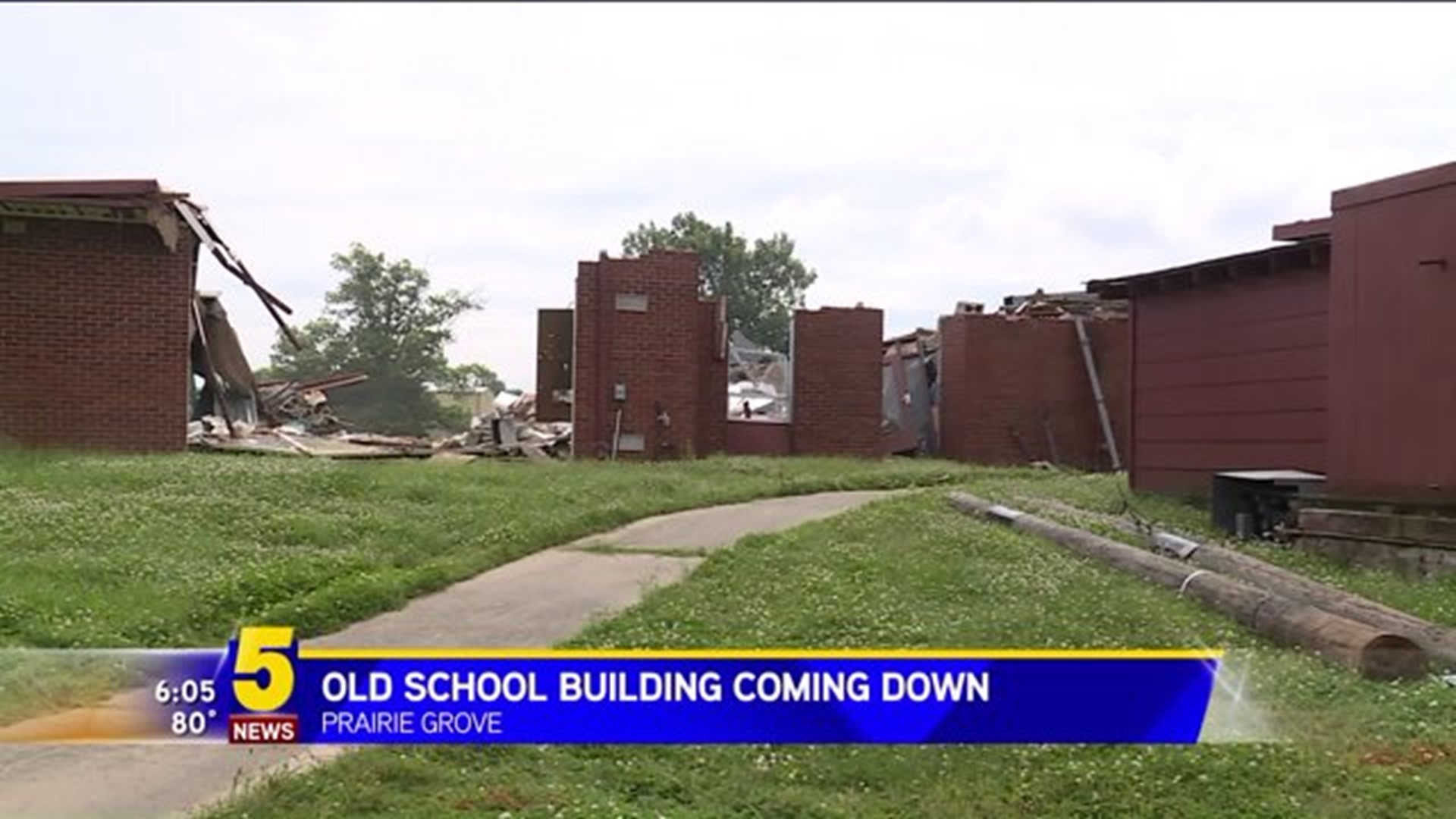 In 2013, the school district decided to replace the aging building, which once housed grades K-2. Three years later, the building was condemned to demolition after district officials learned the financial cost of repairing the building.

Crews started knocking down walls and ceilings on Tuesday (May 31). The pile of rubble is expected to grow as they take down parts of the building, piece by piece, said David Kellogg, assistant superintendent for the district. He said he expects the work to wrap up in a matter of weeks.

"It was in sore need of a lot of repairs and they looked at it to try to refurbish it," said Kellogg. "It was going to be probably as expensive as building something new."

For school councilor Jennifer Weyl, the old school is part of her family.

"Knowing that I went there, my husband as well actually, and then both of my sons coming from that building," Weyl said. "It's just a lot of sentimental value with that building. It's sad to see it go."

The building for grades 3-4 is still standing, but the district added a new section for K-2, which opened in the fall of 2015.

"They will build something else there and it'll be pretty and nice and we'll love it," said Brenda Clark, co-principal at the new primary school building. "We'll love a new facility, but it's sad saying goodbye to a memory like that."

A section of the Primary School, which was construction in the late 1990s, will be spared from demolition. However, Kellogg said the district hasn't decided how it will be used.

"A parent would come in and say 'I was in second grade right down that hallway. That was my classroom,' and even 'There was my teacher,'" Clark said.  "So they're not going to be able to say that anymore; it's not even going to be there."