ROLAND (KFSM) — Oklahoma teachers are prepared to walk out of their classrooms April 2 if state lawmakers don’t meet their demands for classroom fun... 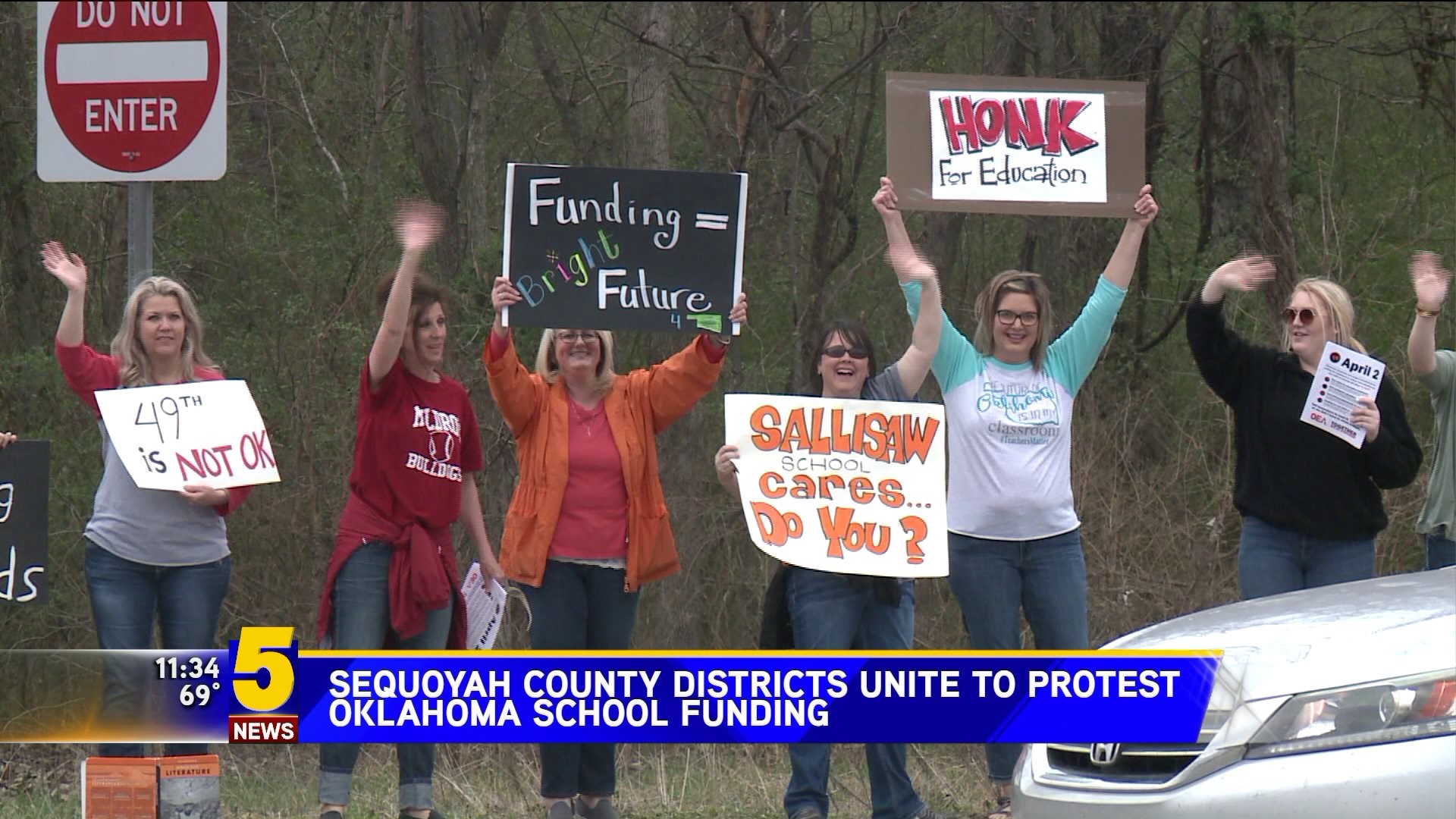 ROLAND (KFSM) -- Oklahoma teachers are prepared to walk out of their classrooms April 2 if state lawmakers don't meet their demands for classroom funding and pay raises.

Districts in Sequoyah County banded together to protest Friday (March 23) along Highway 64 in Roland.

Teachers said they don't want to leave classrooms April 2, but are prepared to do so.

Steven Ostrander with Roland Public Schools said, "At this point, we've got no other option. We have to do something. We've got to make a stand. We've been doing our job for the last 10 years. It's time for the legislators to do their (jobs)."

Lawmakers have until Easter to agree to all four requests and if they fail to do so, walk outs will happen.

What's happening in Oklahoma is unacceptable in other states.

"Sometimes my teachers can't even get a curriculum. They have to go online to get a curriculum because of our textbooks. Some kids have to sit on the floor in classes because they don't have enough desks," Student Nick Rhodes said.

Teacher said they don't recall when they last received new textbooks. Most textbooks are so dated that Barack Obama isn't named as the first African American president.

"It's embarrassing. It really is embarrassing because any other place that you go, where there are professionals in the professional world, they're going to have up-to-date material that they use and as teachers, we don't have that," Ruby Dean with Liberty Schools said.

The Oklahoma Education Association is leading the statewide push. It's asking for pay raises, education funding, a cost-of-living increase for retirees, as well as recurring revenue for state services.

The cost is projected to be $1.2 billion during the next three years.

"We're not in it for the money. We're in it for the love of education and teaching the students," Cheryl Sanders with Gore Schools said.