POTEAU (KFSM)- Teacher unrest is now spreading to Oklahoma where educators are planning to put pressure on lawmakers over pay and education funding. Local membe... 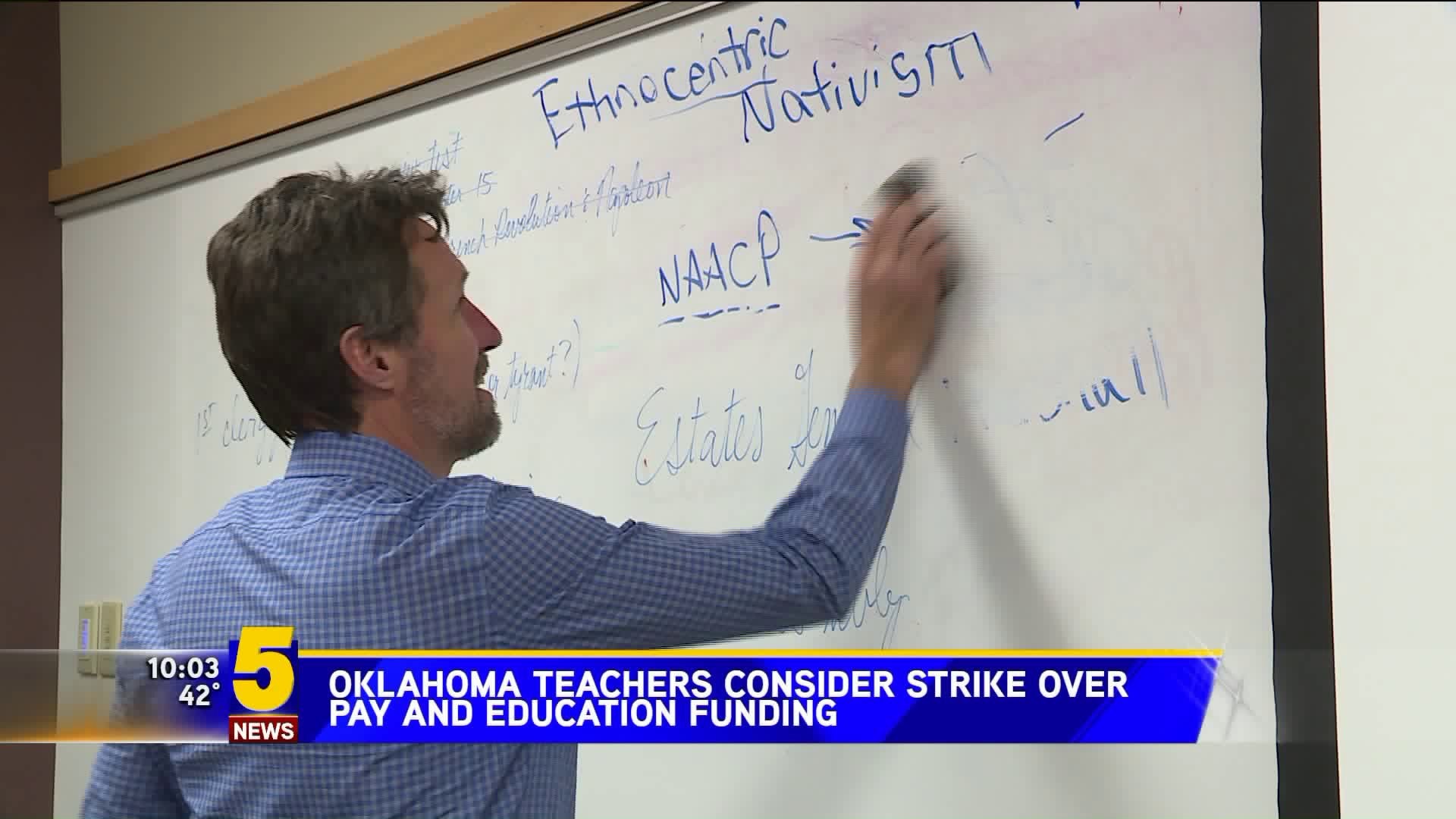 POTEAU (KFSM)- Teacher unrest is now spreading to Oklahoma where educators are planning to put pressure on lawmakers over pay and education funding.

Local members of the Oklahoma Education Association (OAE) are discussing how to make their voices heard after going more than a decade without a pay raise and lack of funding for the classrooms.

"We`re talking about the next steps to take to try to get the legislature to act, which would be to find a continuing revenue source to fund education, which they haven`t done in the past and continue to pressure them to do so," Thomas Brennan, a teacher at Poteau High School said.

The OEA posted on Facebook, "April 23 will be the deadline for lawmakers to fund pay raises and education needs. After that, schools will shut down."

Many teachers like Brennan have been educators for more than 20 years and they said it's not just about pay.

"To ask not just for a raise, but we want money for the classroom," Brennan said. "We want people to quit leaving Oklahoma to teach. Our class sizes are ballooning. Our emergency certifications are up, so now we have a lot of people that are not fully qualified to be in the classroom. This effects learning, it effects education, it affects business."

This isn't only affecting teachers, though. It's also impacting students who one day want to become a teacher.

"I`m definitely going to become a teacher," Lauren Hughes said. "I`m majoring in history, but there`s really no reason for me to stay here. There`s no pull. I can go across state lines and make almost twice what I can make here. Going into high education, you spend two to four years at twenty to twenty four thousand dollars a year and you expect me to make $24,000 a year and pay off my student loans? It just doesn't make sense."

Hughes will be a third generation teacher and said it hurts to know she won't be able to carry on that legacy.

School officials are also listening and Brennan said like the walkout in 2014, he believes they will support the actions that need to be taken.

"What we are trying to do is work with out district, our school board, our superintendent because they care as much as we do." Brennan said. "It will be a collaborative effort with all of the school districts working together. We are going to continue to pressure through March and as we get into April, then we`re going to be looking at then acting and going from there."

The OEA Teachers Union plans to unveil a shutdown strategy on Thursday (March 8).

The teachers in Poteau said they are also fighting for school personnel raises and funding, including custodians, bus drivers, secretaries and retirees who they said deserve a change, too.