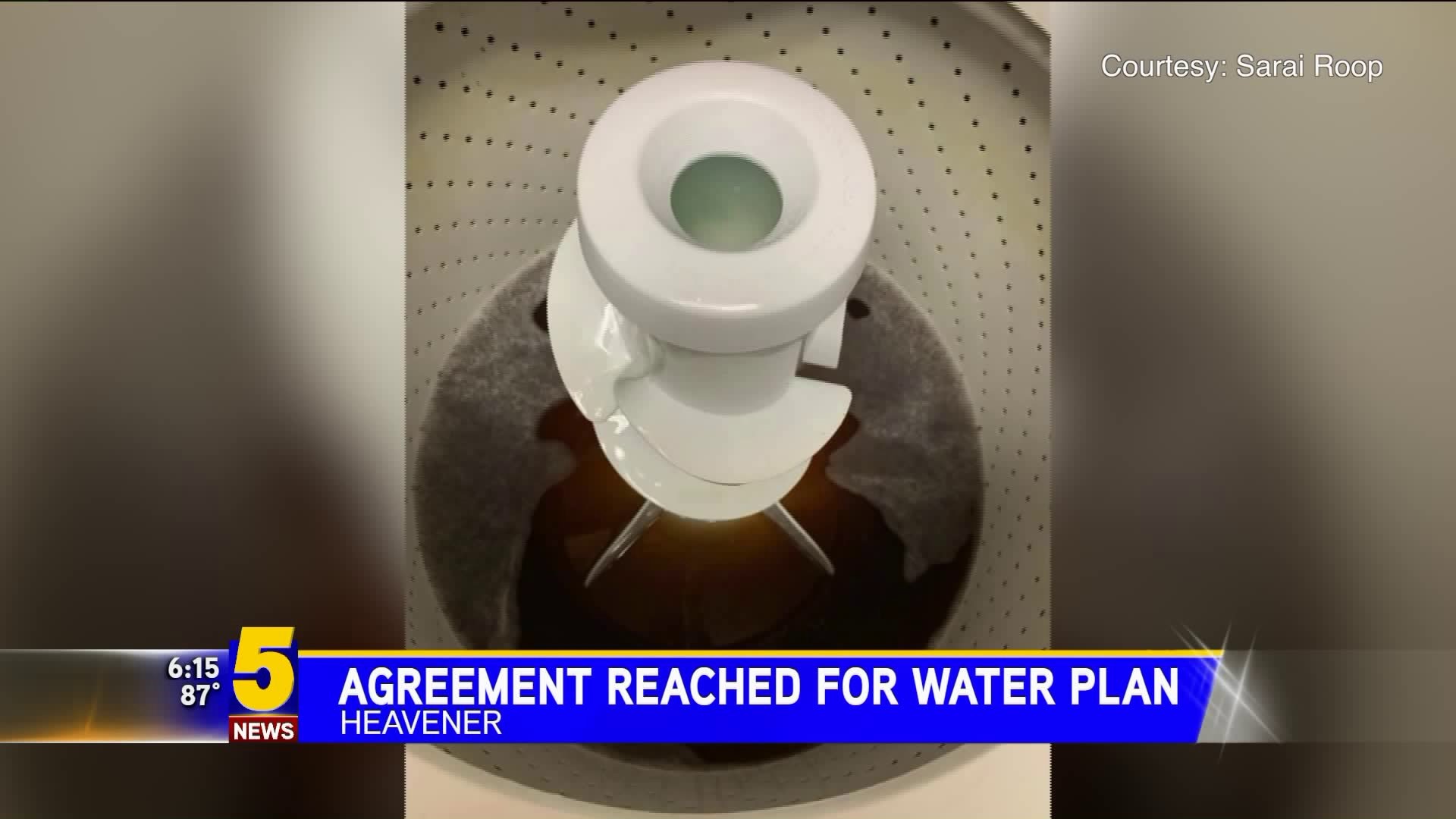 HEAVENER, Okla. (KFSM) — After two Town Hall meetings with Heavener residents, State Representative Lundy Kiger says they have reached an agreement with city leaders on how to solve the city's water issue.

On Tuesday (July 2) Kiger held a two-hour meeting with the Heavener city manager, the mayor, a city council person, a Heavener Utility Authority member, a representative from the Oklahoma Water Resources Board and the director of the Kiamichi Economic Development District of Oklahoma (KEDDO).

"This meeting resulted in a new plan for the city, with these leaders agreeing to work together with the state in taking specific steps to provide clean and safe water for all residents, businesses and industries in Heavener," Kiger said.

With the verbal agreement, Kiger said he’s requested a meeting with the Department of Environmental Quality (DEQ) and other state agencies that regulate municipal water and health for the public to discuss the plan. He also is asking their assistance in working with Heavener residents each step of the way.

"This will require an agreement between the city of Heavener and DEQ, but I feel confident the state will be glad to help us work on these needed improvements," Kiger said.

"At the Tuesday city meeting I saw a group of leaders fully on board with the plan and goals of providing the best water possible to their citizens," Kiger said. "I commend city leaders for the work they've done to date as I know the city has been strapped for funds. By working together, we will find a way to fund these needs for better water because the city has too much to lose not to take these steps."

Kiger says a community group is being put together that will interact with city leaders and help them to keep focused on the agreed upon plan.

"Until this is completed, I will spend my time working with state regulators, city officials and engineers to go after the root causes of poor water quality to put this behind residents once and for all," Kiger said.

Kiger says the first steps towards clean water are already being taken. They are trying to find a third-party engineering group to take a complete look and evaluation of the Water Treatment Plant, personnel and the company being paid to produce potable water to find out if specific improvements need to be made related to maintenance and operations.

"If we can find any issues that may be causing materials in city pipes to break loose, this may help to fix a large percentage of the brown water that residents are faced with on a near daily basis," Kiger said. This will be a community effort to make this a reality. New commerce coming to Heavener will never occur until the city's water quality is improved. I look forward to continuing to work with city leaders. We already are talking and keeping each other updated on new developments. We will get this done."

Anyone interested in serving on the community group is encouraged to contact Rep. Kiger at 405-557-7413 or at Lundy.Kiger@OKHouse.gov.