LEFLORE COUNTY (KFSM) — A program used to rid Oklahoma of marijuana growing operations has been functioning for 32 years. Since 1983 when the program bega... 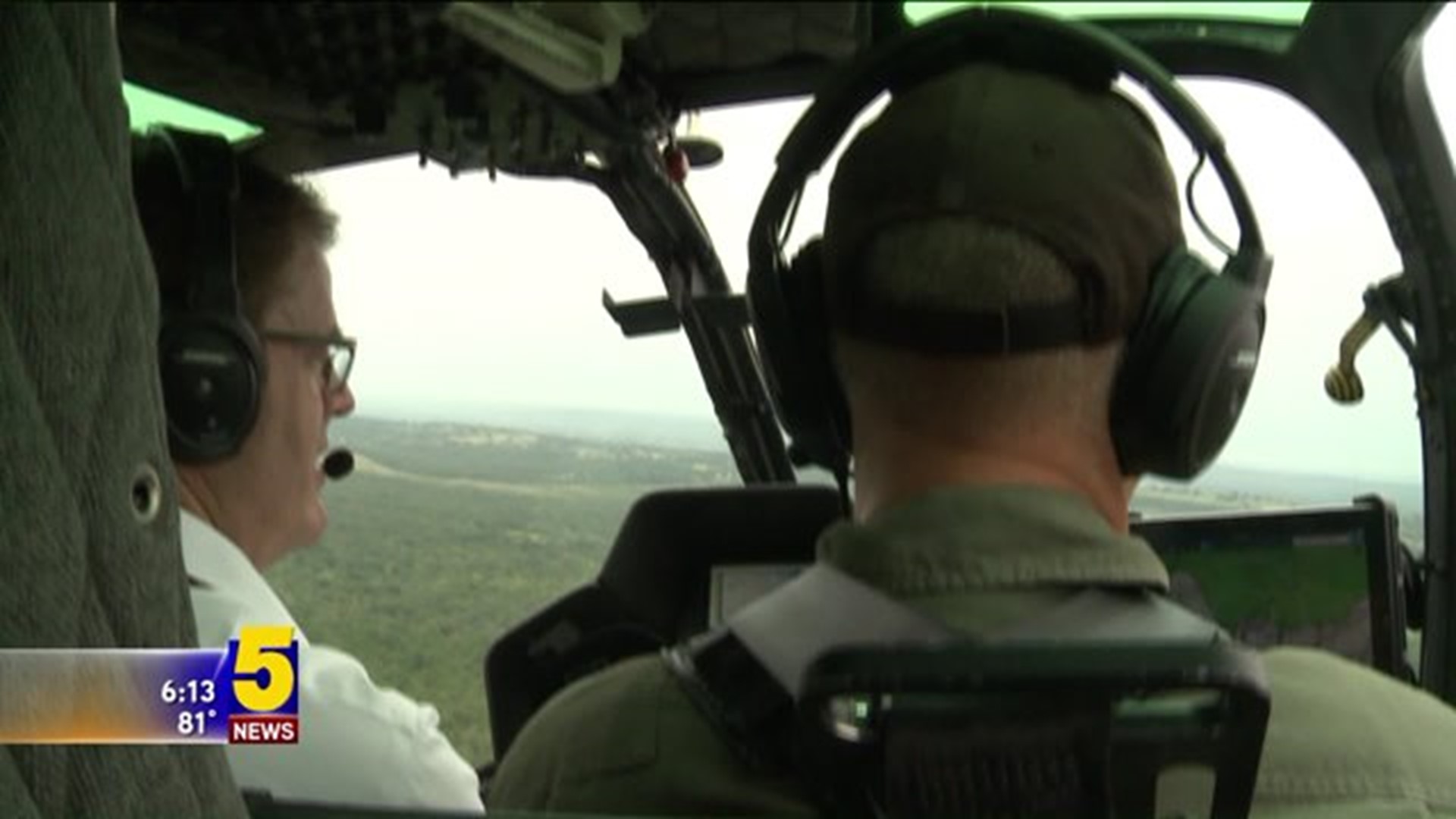 LEFLORE COUNTY (KFSM) -- A program used to rid Oklahoma of marijuana growing operations has been functioning for 32 years.

Since 1983 when the program began, there has been a dramatic decrease in the number of plants found, according to the State Bureau of Narcotics and Dangerous Drugs.

"Back in the early 80's, we were getting hundreds of thousands of plants," said Howard Peters, an agent with the bureau. "Now we're cut down a little bit, and a I I think this year we have got 92,000 plants."

Peters said he has seen growing operations of all sizes from the sky.

"We've had some people growing for personal use that might have five, six or seven plants," he said. "And then we've had others where we have seen 10,000 plants."

The program takes undercover narcotics officers with the bureau and other agencies, and puts them in the air to spot the growing operations.

Peters gave some of the signs to spot the growing operations from above.

"As there areas that are gardens, like are they tended to? Is there a trail that`s blocked out to an area?" he said. "Is it wide open so it's good for sunlight? Is it fenced off?

Peters did say that marijuana plants need large amounts of water, so many operations are moving indoors.

Everything is going toward indoor growth," he said. "Outdoor growth is really hard to do because you`re really depending on the weather to make it rain all the time."

Peters said the program has been a success and is funded on a year-by-year basis.