OKLAHOMA CITY (KFOR) – The Oklahoma Supreme Court has upheld a ballot initiative championed by a group seeking a public vote on Medicaid expansion for tens of t... 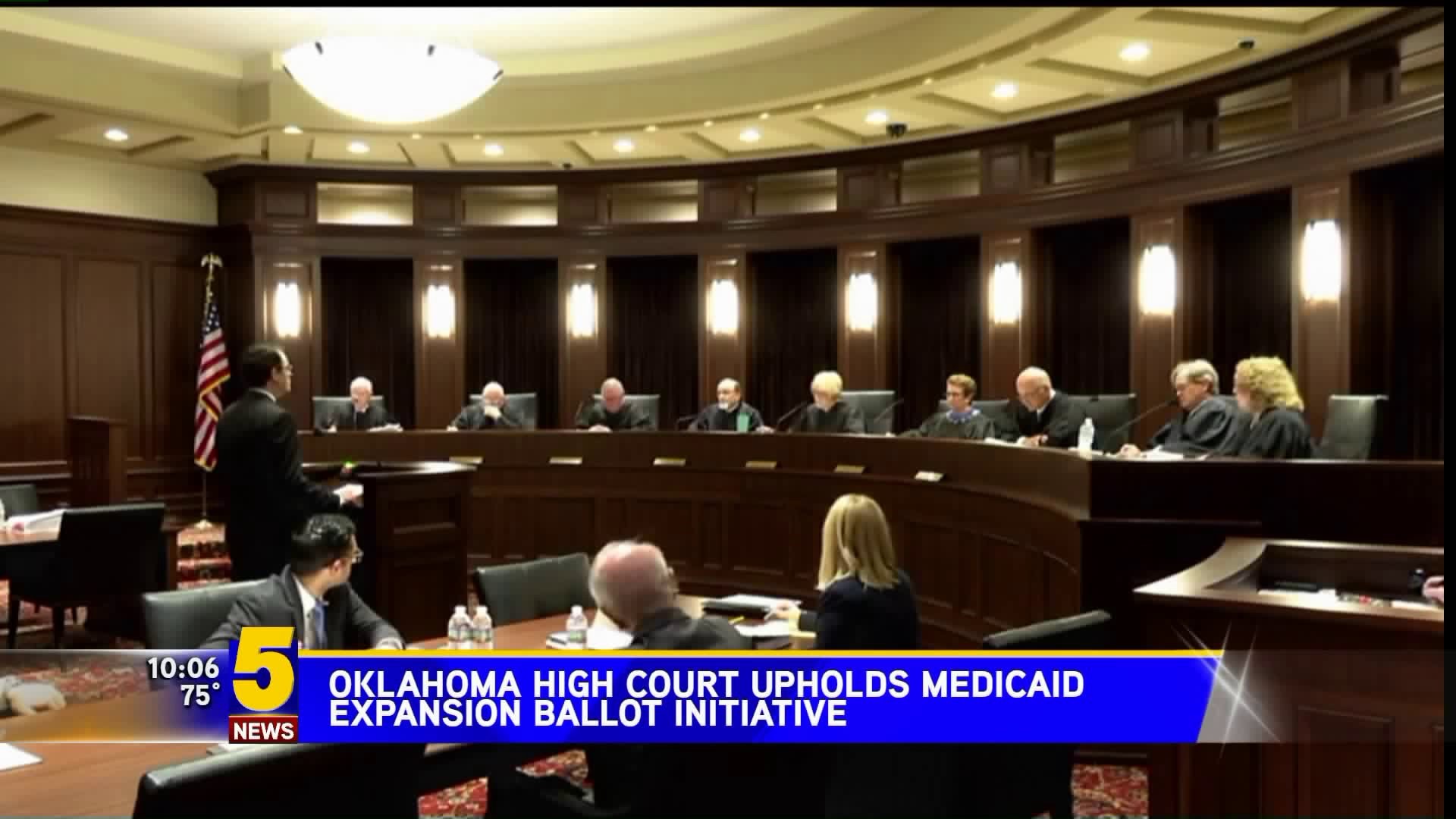 OKLAHOMA CITY (KFOR) – The Oklahoma Supreme Court has upheld a ballot initiative championed by a group seeking a public vote on Medicaid expansion for tens of thousands of low-income Oklahomans.

On Tuesday morning, the Oklahoma Supreme Court heard oral arguments on whether the group Oklahomans Decide Healthcare can proceed with gathering the roughly 178,000 signatures needed to get the question on the ballot. This was challenged by the think-tank Oklahoma Council of Public Affairs (OCPA) which argued the proposed ballot language didn’t accurately describe what the measure does, was legally inadequate and potentially unconstitutional.

“The gist of the petition states that Medicaid would be expanded to cover adults at or below 133 percent of the federal poverty level,” said OCPA attorney Travis Jett. “The federal Medicaid laws require expansion to 138 percent.”

Melanie Rughani with Crowe & Dunlevy represents Oklahomans Decide Healthcare. According to Rughani, the additional 5 percent stems from a complex federal formula that “can and has already changed.”

“How we calculate someone’s income for the purposes of Medicaid is a very complex issue,” Rughani said. “I think 138 would be, frankly, inaccurate because the 5 percent income disregard could change tomorrow, could change between now and the time of the vote or after.”

A written opinion from the court issued Tuesday afternoon states “the proposed Medicaid expansion is not misleading and is sufficient,” also adding “the language of the gist is clear.”

Amber England, a spokesperson for Oklahomans Decide Healthcare, told News 4 that they expect to begin collecting signatures later this summer.

“Our mantra has been that Oklahoma voters should get the chance to decide what’s best when it comes to our healthcare and, today, the Oklahoma Supreme court agreed with us,” England said.