Oklahoma Crew Chosen To Bring Electricity To Villages In Bolivia

SALLISAW (KFSM) — Electricity workers from Missouri and Oklahoma, who were chosen through a volunteer program called Energy Trails, recently returned from... 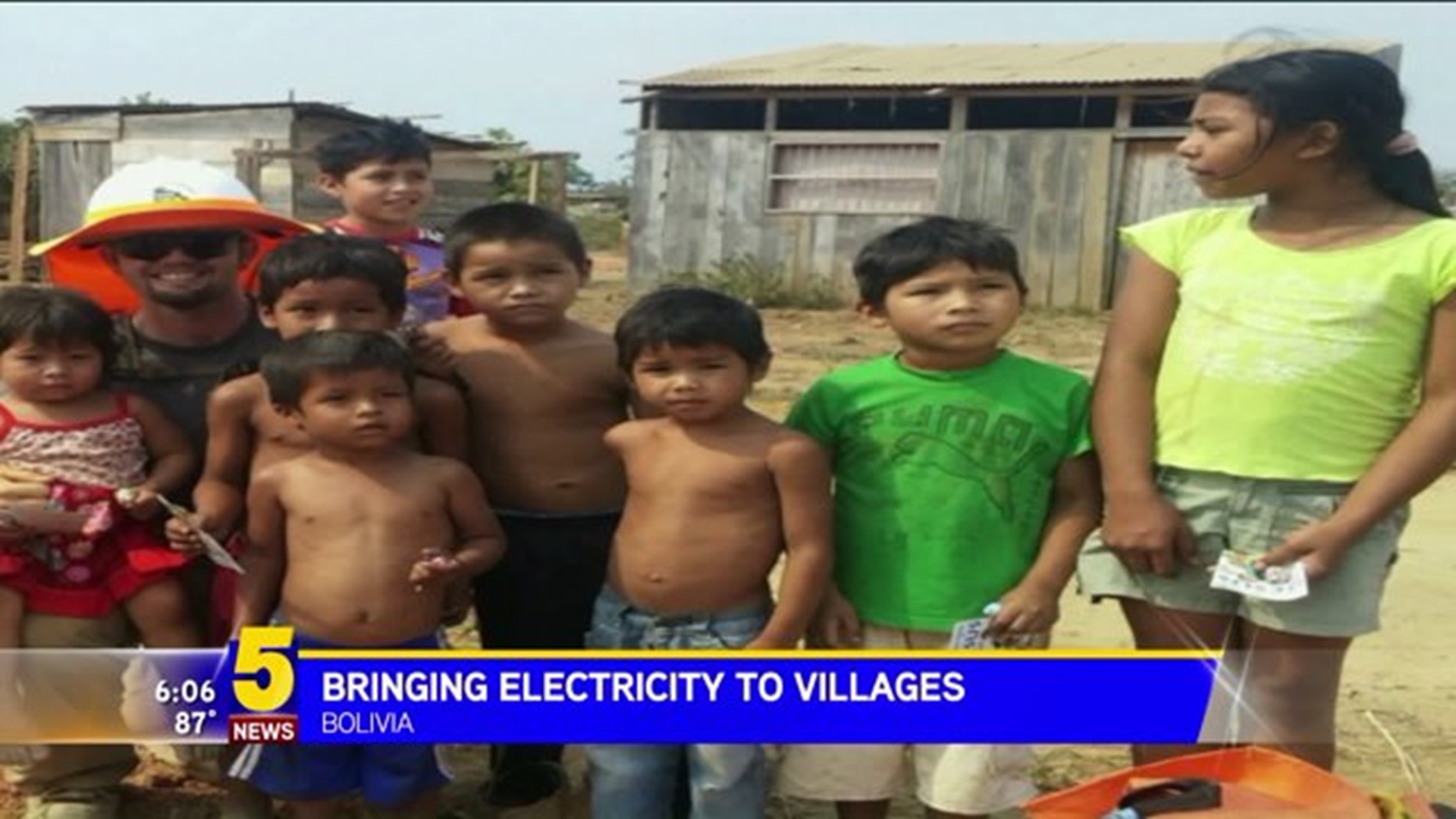 SALLISAW (KFSM) -- Electricity workers from Missouri and Oklahoma, who were chosen through a volunteer program called Energy Trails, recently returned from northern Bolivia where they brought electricity to two poverty-stricken villages.

"There were just dirt roads and then just small houses," Baker said about the area. "You  could see through their houses. It was just slat boards put up and that was making their house, so you could actually see through it. Dirt floors. No running water. Each one had a well out front that they hand dug about 20 feet deep, 5 foot across. Their kitchens were outside the backyard with just minimal pots and pans to cook with."

The volunteers spent two weeks in El Torito and Dos De Junio were they built 10 miles of power lines. It brought electricity to nearly 300 people who had never had electricity before.

"They would come out and visit with us during the day and bring us gifts and different stuff -- drinks, ice cream. They would make special drinks for us that they would only make at celebration time," Baker said.

The volunteers went the extra mile and provided the villages with street lights.

"They said it would be like five or 10 years before they were able to get anything like that," Baker said. "So us men just pulled together and paid for 11 of them and went ahead and put them up for them and everything."