UPDATE: I-40 from Ross Road in Muskogee County to Mile Marker 297 near Vian in Sequoyah County has reopened. WEBBERS FALLS, Okla. (KFSM) — The two barges found ... 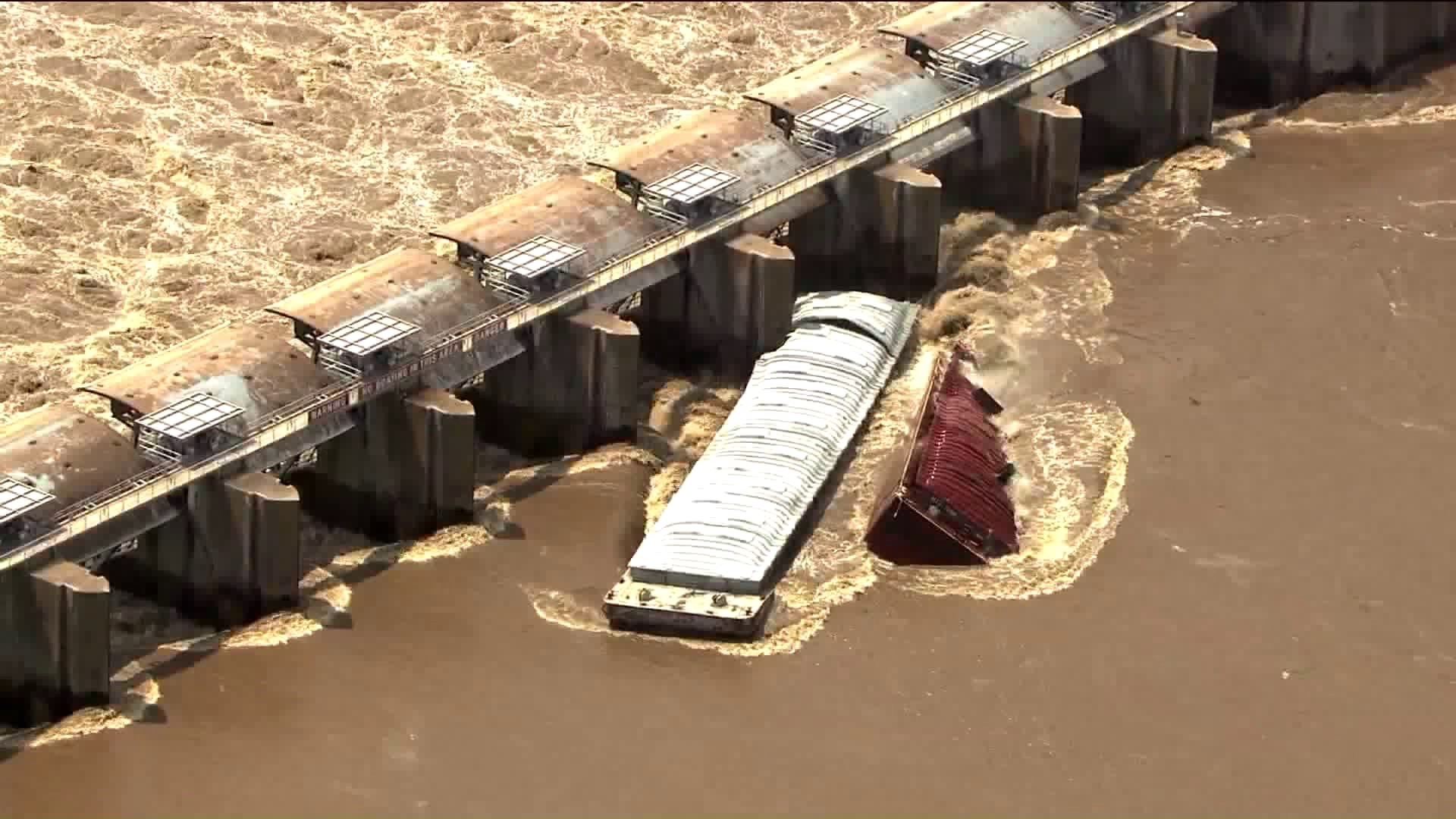 UPDATE: I-40 from Ross Road in Muskogee County to Mile Marker 297 near Vian in Sequoyah County has reopened.

The barges struck the dam, rolled over and sank. At least one of the barges is pushed against the dam and pinned by the rushing floodwaters of the Arkansas River.

The barges were carrying fertilizer, according to the Sequoyah County Sheriff's Office.

Kim Wann, LeFlore County Emergency Manager, said they weren't certain if the dam would hold, but they would continue to monitor the situation.

Oklahoma Highway Patrol said that the Oklahoma Department of Transportation is going to assess the damage to the dam now to see if the dam will hold. The U.S. Army Corps of Engineers is also assessing the dam said Kenna Mitchell, public information officer with the Oklahoma Department of Transportation. She said there is no timetable on when they'll know the extent of the damage or when highways downstream will open.

The two runaway barges that threatened a dam were found early Thursday stuck on a rocky jetty about a mile north of the dam. Officials had worried that their momentum could breach the dam, sending a torrent of water flowing downstream and endangering every town in its path from Webbers Falls on.

Instead, the barges were damaged, but there didn't appear to be damage to the dam, said Steve Rutherford, with the Sequoyah County Emergency Management.

The two barges came loose from the Port of Muskogee on Wednesday in floodwaters and drifted toward Lock and Dam 16.

The barges were found stuck on a rocky jetty early Thursday morning about 5 a.m. just a mile or so upstream from the dam. A video from Bravado Wireless shows the barges stuck on the jetty about 10 a.m. Thursday.  Shortly after that, the barges came loose again.

A spokesman for Oklahoma Highway Patrol said crews were in the water and were attempting to secure the barges again. Though they're headed toward the dam, they aren't endangering it so far, OHP said.

Mitchell said that until the barges were completely secured, bridges downstream and over the Arkansas River would remain closed.

As a precaution, all lanes on Interstate 40 from Ross Road in Muskogee County to Mile Marker 297 near Vian in Sequoyah County were shut down because of the loose barges. The State Highway 100/U.S. 64 bridge was closed between Gore and Webbers Falls.

Mitchell said that until the barges are secured, the interstate will remain closed. She encouraged travelers to find alternate routes and to check the ODOT website for updates on the status of Interstate 40.

On Wednesday, the Corps of Engineers and Oklahoma Department of Emergency Management were at the Lock and Dam monitoring the situation, while deputies from Muskogee and Sequoyah counties helped keep an eye on the rogue barges.

Video sent in from Mat Laney showed the barges sailing under U.S. 62's bridges on Wednesday. Miraculously, the barges didn't make contact with either bridge.

The barges hit almost 17 years ago to the day when another set of barges hit the nearby Interstate 40 bridge in Webbers Falls. Those barges were attached to a towboat, but the captain of the Robert Y. Love towboat had a fainting spell that caused him to lose control of the barges.

The accident happened at 7:45 a.m. on May 26 and caused a span of the bridge to collapse, killing 14 motorists who were on the bridge at the time.

This Sunday will mark the 17th anniversary of that disaster. 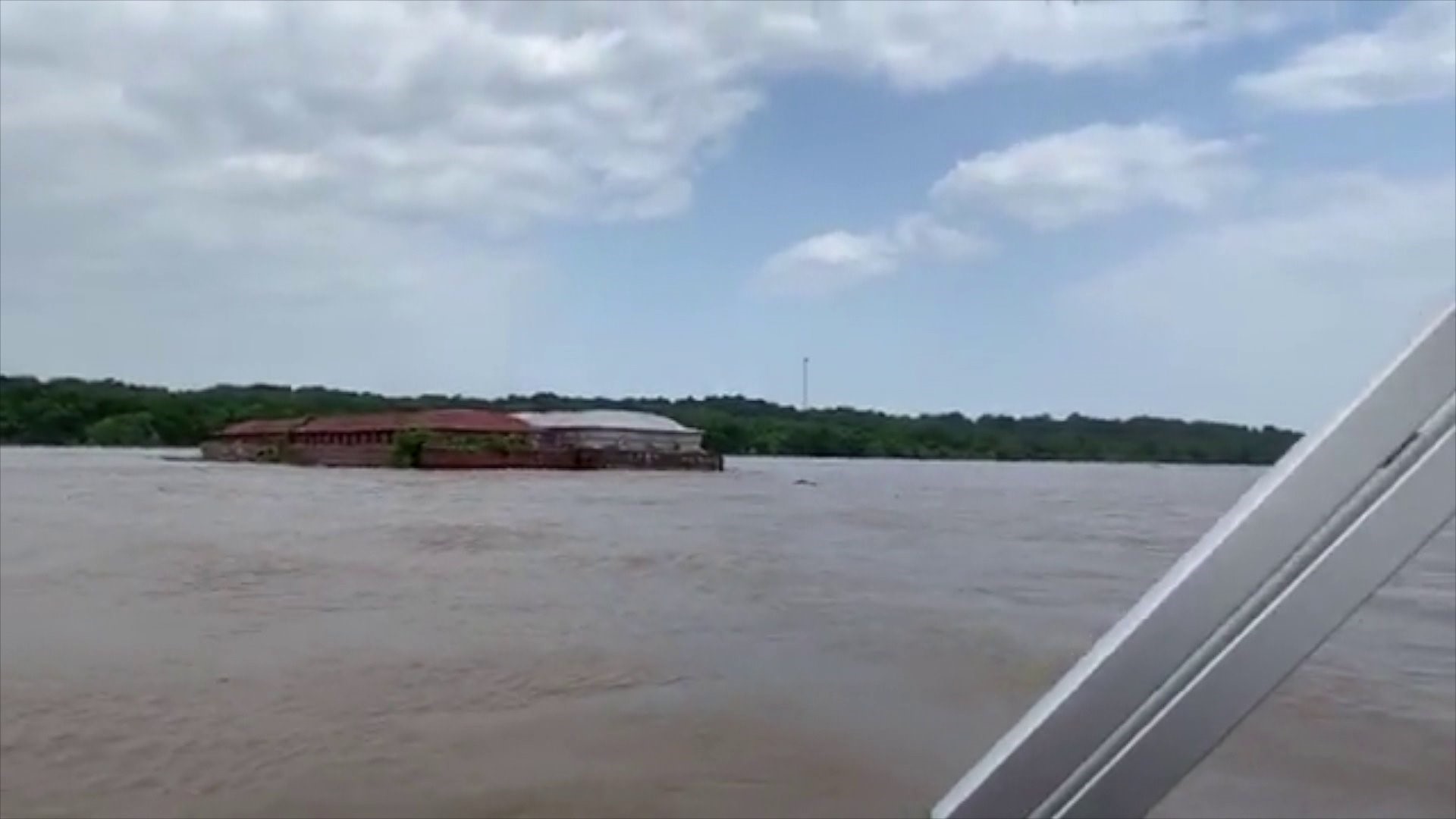 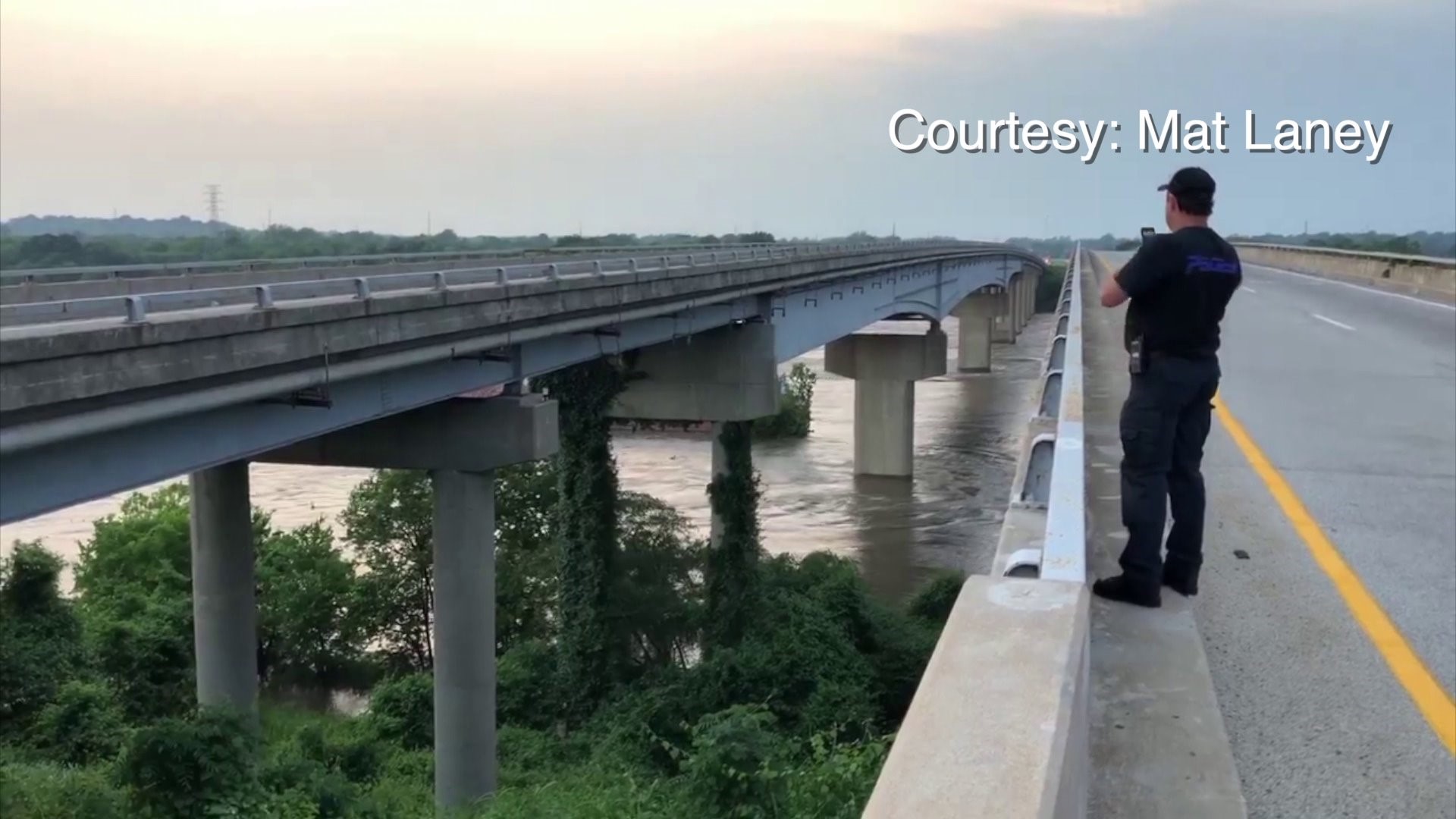