Goshen Police Officer Shot At During Pursuit, Injured In Crash

GOSHEN, Ark. (KFSM) — A Goshen police officer is recovering after his vehicle crashed during a pursuit. According to the Goshen Police Department, Officer Micha... 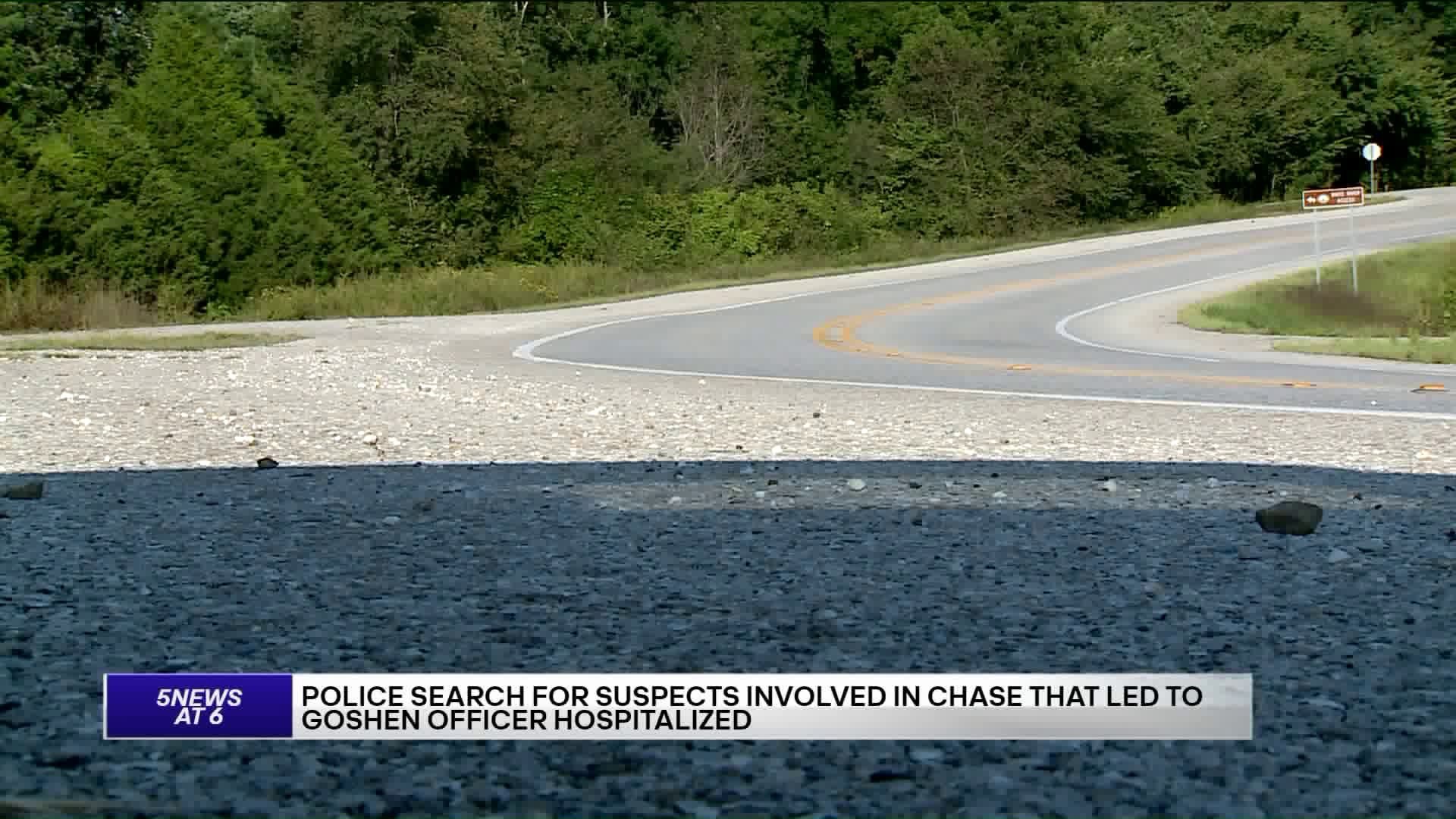 GOSHEN, Ark. (KFSM) — A Goshen police officer is recovering after his vehicle crashed during a pursuit.

According to the Goshen Police Department, Officer Michael Freeman attempted to stop a vehicle around 2:30 a.m. Tuesday (Sept. 17) on Arkansas 45 in Goshen.

The vehicle believed to be a silver Honda passenger car occupied by possibly two people, immediately fled when Freeman turned his emergency lights on, and a chase ensued.

During the pursuit, Freeman lost control of his patrol vehicle as he tried to negotiate a curve, left the roadway, rolled and landed in a wooded area north of Arkansas 45.

Radio communications were lost during the crash, so dispatchers were unable to reach Freeman.

The department was eventually able to reach Freeman by his cell phone, but due to his injuries, he couldn't give them his exact location.

The Washington County Sheriff's Office, Elkins Police Department and the Fayetteville Police Department all responded to the crash and Freeman was located and taken to Washington Regional Medical Center and treated for critical, but non-life-threatening injuries. He is in stable condition at this time.

According to Bill Sadler with Arkansas State Police, Freeman was reportedly shot at during the chase, but his injuries are from the crash itself.

This is an ongoing investigation and the suspects involved in the police chase have not been located at this time.