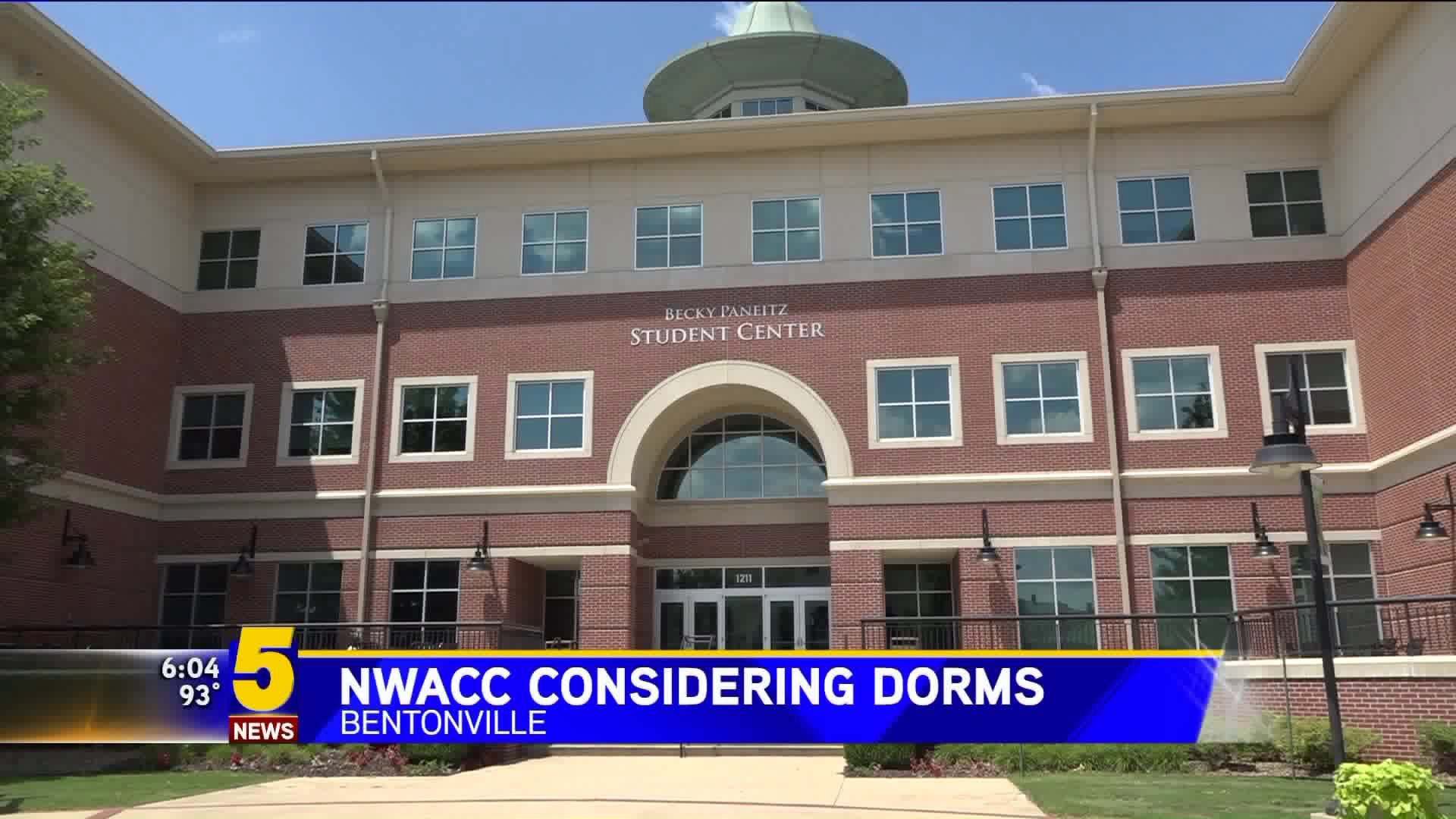 This comes after a new law lifts the ban on community colleges having on-campus housing.

Sophomore Renato Betim said he rides the bus from Fayetteville to NWACC in Bentonville for class, and said if there were dorms on campus he would definitely live there.

“I think it would be super convenient to have dorms on campus," he said, "just go to class and then back to your dorm and you do your homework, and you are here on campus and you have the library, so it would be very convenient. Not only for internationals but also for domestics."

NWACC President Dr. Evelyn Jorgenson said there have been parents and students in the past who have asked if dorms will ever be a reality.

“We think there are probably some students who chose not to attend because they could not live in a residence hall, but honestly it's so early in the process we don't know that for sure, that's part of the investigation, the research and the data collection we want to do,” she said.

“I came here from Missouri and at the college that I was at in Missouri we did have residence halls. So, I have experience with residence halls in a community college setting. And we want to see several different colleges though,” she said.

Again, there are no official plans so there is no timeline for when a residence hall could be built, but the college does already own land on the north side of campus where they could be built.

The law allowing community colleges to build on-campus housing was passed in the spring of 2017.