Northwest Arkansas (KFSM) — Some local law enforcement officers are allowed to act as agents of ICE, through a unique program that Benton and Washington C... 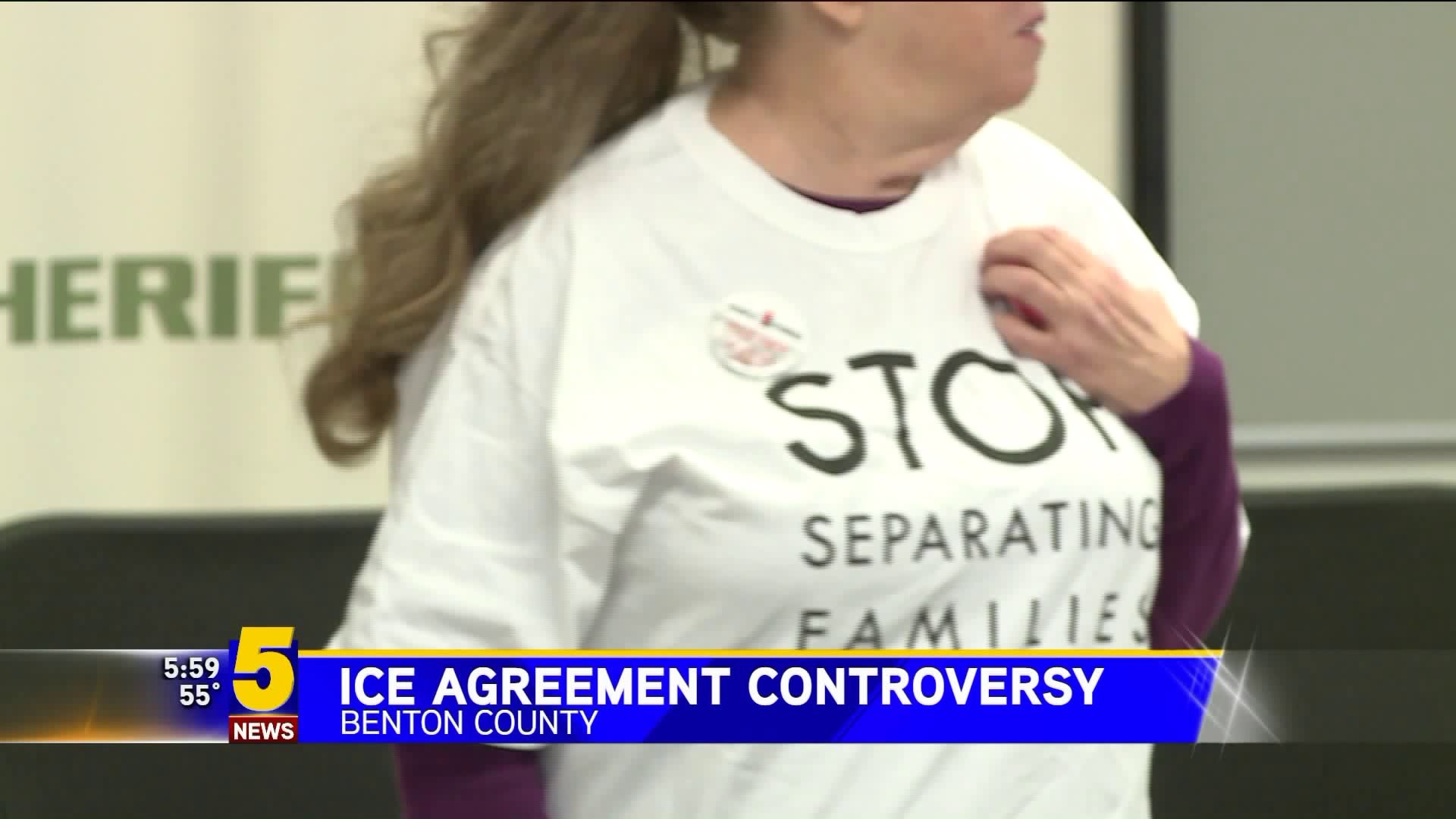 Northwest Arkansas (KFSM) -- Some local law enforcement officers are allowed to act as agents of ICE, through a unique program that Benton and Washington County Sheriff offices are part of.

It was standing room only as close to 100 people came to the Benton County Sheriff`s office Tuesday (Dec. 11) for a joint meeting with the Washington County Sheriff’s Office to learn about a controversial program called 287(g).

It's a program that enables local law enforcement officers to make arrests on behalf of immigration and customs enforcement.

People on both sides of the issue spoke their voice.

“We want to make sure they don`t overuse their power and that they keep our communities safe,” Iris Aquino said.

Iris Aquino was representing Catholic charities. She said immigrants aren`t here making the community dangerous but instead making an impact.

“We`re contributing to the community and the growth of this city. The cities here in Benton and Washington Counties. So I think it`s important that in order for us to continue to support that, that we also feel safe and secure,” she said.

Benton County Sheriff Shawn Holloway said our country has an immigration problem and some things need to change, but that has to happen on a national level.

“The benefit that I`ve seen in the past for us is being able to identify violent criminals who were not in this county legally and after they go through our legal process to send them back to where they are supposed to be,” Holloway said.

Pastor of Good Lutheran Shepherd Church, Clint Schnekloth said more than a year ago one of his parishioners was arrested by the Washington County Sheriff’s Office and taken to an ICE detention facility where he still is today.

“His wife has been separated from him for a year and a half which has been an extra hardship on her. She has to work double shifts at the nursing home in order to make ends meet,” he said.

Schnekloth told 5NEWS the reason he’s been held so long is that he is waiting on his green card.

“He knows he`s going to get a green card, but while he waiting for his green card, they won`t release him. So he`s just indefinitely held until the state department issued him a green card,” he said.

Benton and Washington counties are the only sheriff's offices in Arkansas involved in this program.

To participate, those offices have to hold annual public input meetings