NORTHWEST ARKANSAS (KFSM) — The annual parade of homes kicked off in Northwest Arkansas on Friday (June 17) and 35 homes are on display. The parade stretc... 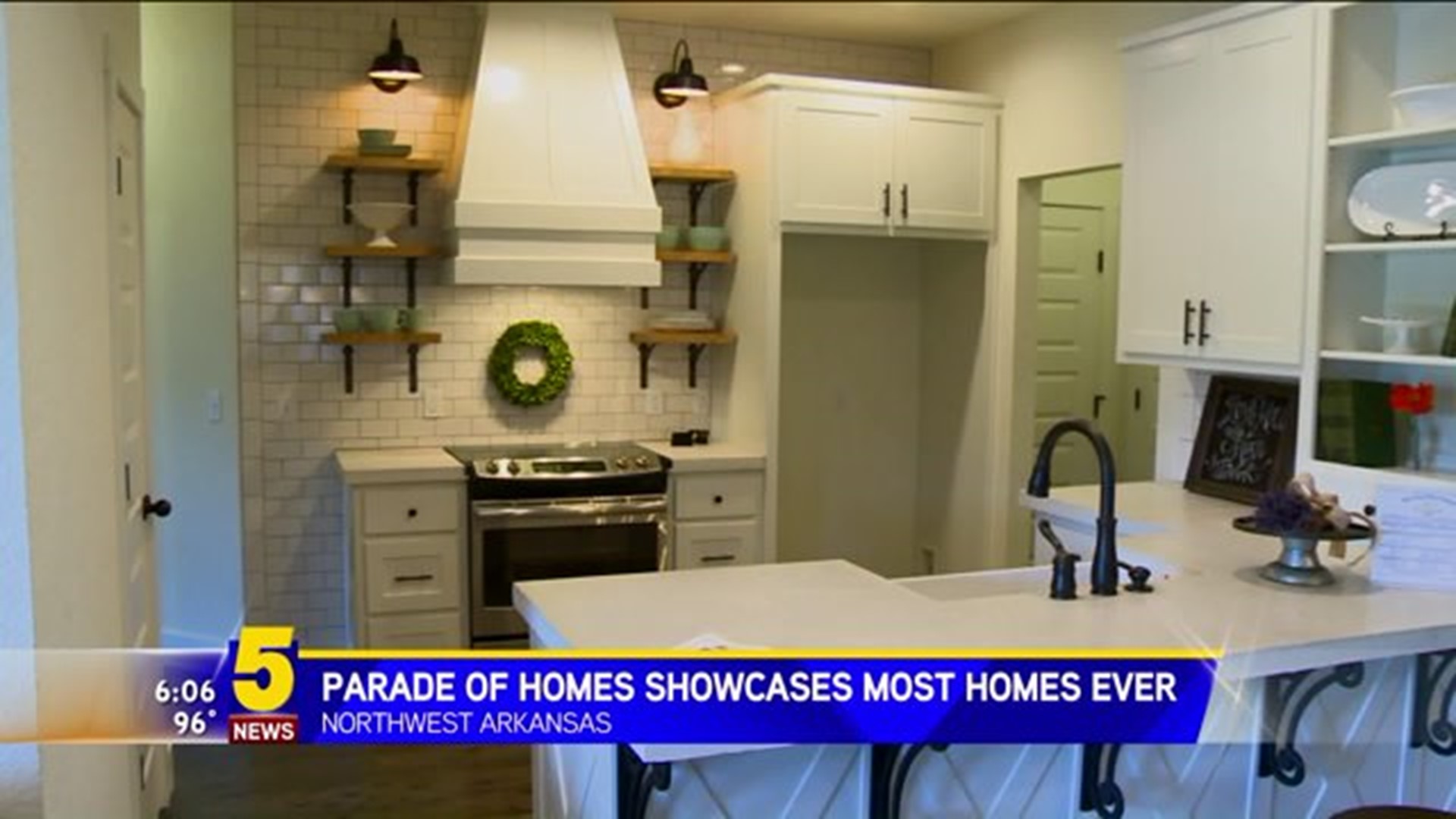 NORTHWEST ARKANSAS (KFSM) -- The annual parade of homes kicked off in Northwest Arkansas on Friday (June 17) and 35 homes are on display.

The parade stretches from Fayetteville up to Bella Vista, with properties ranging from $100,000 up to $1.2 million.

“Washington County is booming again but also especially in Benton County," said Jennifer Chotard. "It's fantastic to have all these offerings in the Parade of Homes."

Chotard is just one of the many people who will walk through the doors of these homes this weekend.

“We love coming to the parade of homes because there are so many new ideas,” Chotard said. "We're building a house right now and we really want to see what is new and fresh and ideas that we can use in our own home."

Of the 35 homes in the parade, only a handful are still on the market.

E.J. Johnson, chairman of parade of homes, said this isn't something that happens every year.

“We've slowly creeped out of the recession for the last three years,” said Johnson. "The market is obviously booming. We're not back to 2006 and 2007 numbers but we're slowly increasing our production every single year."

Johnson said 1,000 people move to Northwest Arkansas each month, and while they don't necessarily have enough properties, they also don't want to overbuild.

“As long as the economy keeps going the way that it's going,” said Johnson. "We need to get through the election and make sure the economy stays strong like it is today, and job growth continues. You know, the real estate market should continue to do really well."

Johnson said the 30-40 age group is the fastest growing market.

“If you have a house today between $200,000-300,000, those houses are literally going within 24 to 48 hours if they are priced correctly and marketed correctly,” he said."Stuff is flying in that price range, which is happening across the country as well."