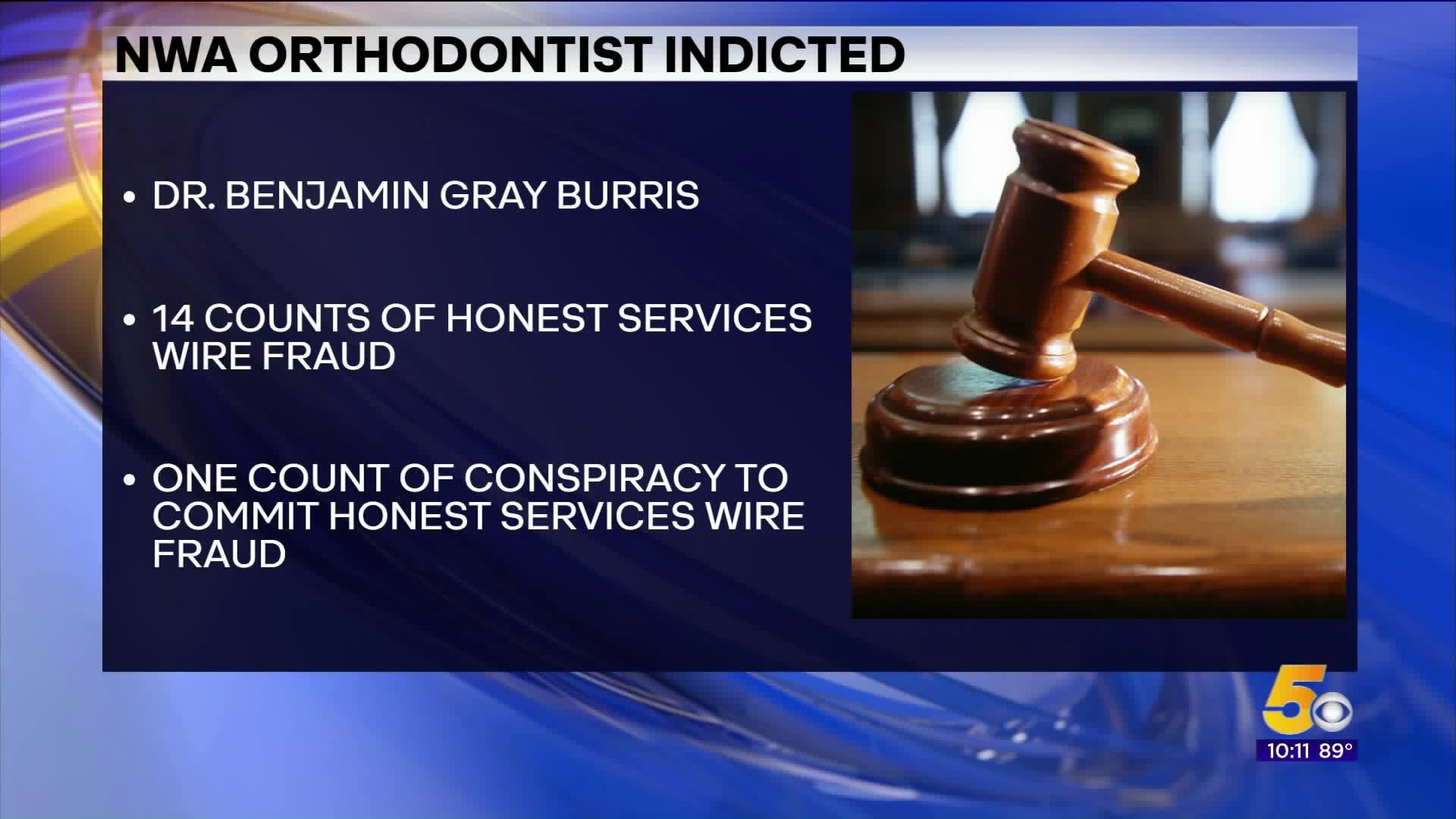 Starting in February 2014, Burris paid Hutchinson "to take official action as an Arkansas legislator to benefit Burris and his orthodontic companies," according to the U.S. attorney's office for the Western District of Arkansas.

Burris also provided Hutchinson with gifts, including free orthodontic services for his family and the use of a private plane to travel to a college football game.

A spokesman for Dr. Burris said they were "disappointed that the government has chosen to disregard clear and compelling evidence that undermines these charges."

"Dr. Burris has long been a tireless advocate for improving patient well-being and increasing access to dental care," the spokesman said. "(W)e plan to mount a forceful defense.”

Talk Business & Politics reported that Hutchinson worked with Burris to overturn and file legislation that prevented dental hygienists and specialists from engaging in certain dental and orthodontic practices.

Hutchinson, who is Gov. Asa Hutchinson's nephew, pleaded guilty in June in federal court to accepting bribes and filing a false tax return, part of an agreement with federal prosecutors in a sprawling corruption probe, according to the Associated Press.

Now living in Florida, Burris had several dental and orthodontic clinics registered under his name spread throughout Arkansas.

Burris' arraignment is set for Sept. 11 in Fayetteville.