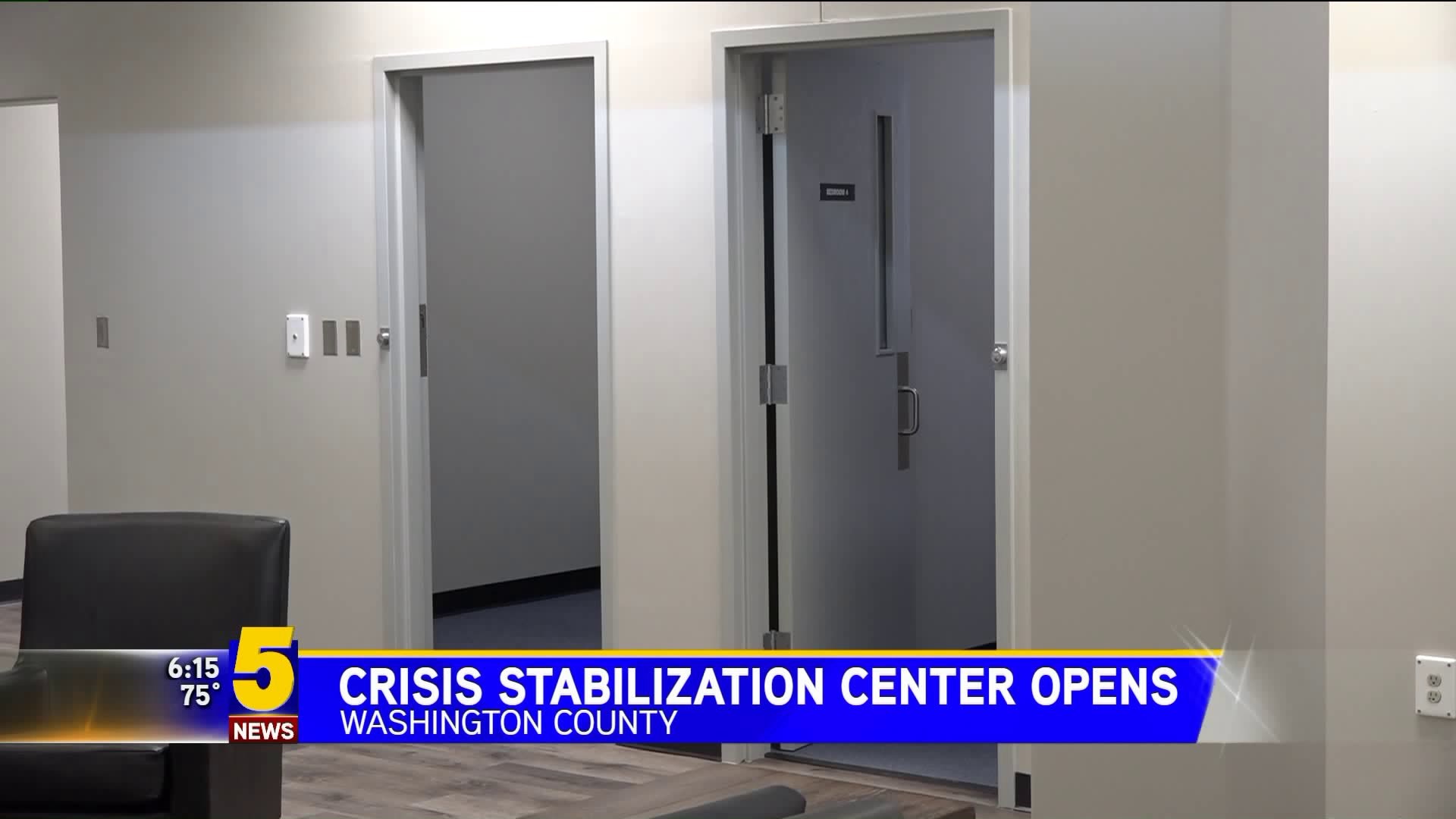 “It’s an illness, it shouldn’t be a criminal offense. So, what we are trying to do is decriminalize somebody who is mentally ill,” said Washington County Sheriff Tim Helder.

Helder said they are happy they will be able to help those in crisis in this facility. There are 500 officers in the state trained in crisis stabilization and Helder said more than 200 of them are here in Northwest Arkansas.

“We have people that are diving down into the weeds to fully understand what it means to clearly identify someone who is in crisis, somebody that the other officers on the street haven’t been afforded the full training, they can call this person and give them the information and find out do they qualify,” Helder said.

The CSU is inside an existing Washington County building that was remodeled. The 16-bed center will be staffed and operated by Ozark Guidance Center.

CEO Laura Tyler says the real winners are individuals and their families who have a mental illness.

“We’ve been sending them to jail because there wasn’t an alternative for them but today, they’ll have an alternative and so hopefully we’ll be able to plug them into treatment and break that cycle of being jailed unnecessarily,” Tyler said.

Washington County received a $1.6 million grant to fund the operations of the unit thanks to the governor and the legislature. Governor Asa Hutchinson says this is the right thing to do for our community.

“It takes a lot of training from law enforcement that they are engaged in. This is a great opportunity not just for Washington County, but this is a Northwest Arkansas facility that will serve multiple counties in this region,” Hutchinson said.

The state has devoted $6.4 million for four pilot crisis stabilization units statewide. The other three are in Sebastian, Pulaski and Craighead counties.