NORTHWEST ARKANSAS (KFSM) — If you checked social media last night, you were planning on school being in session today. That was until we woke up this morning t... 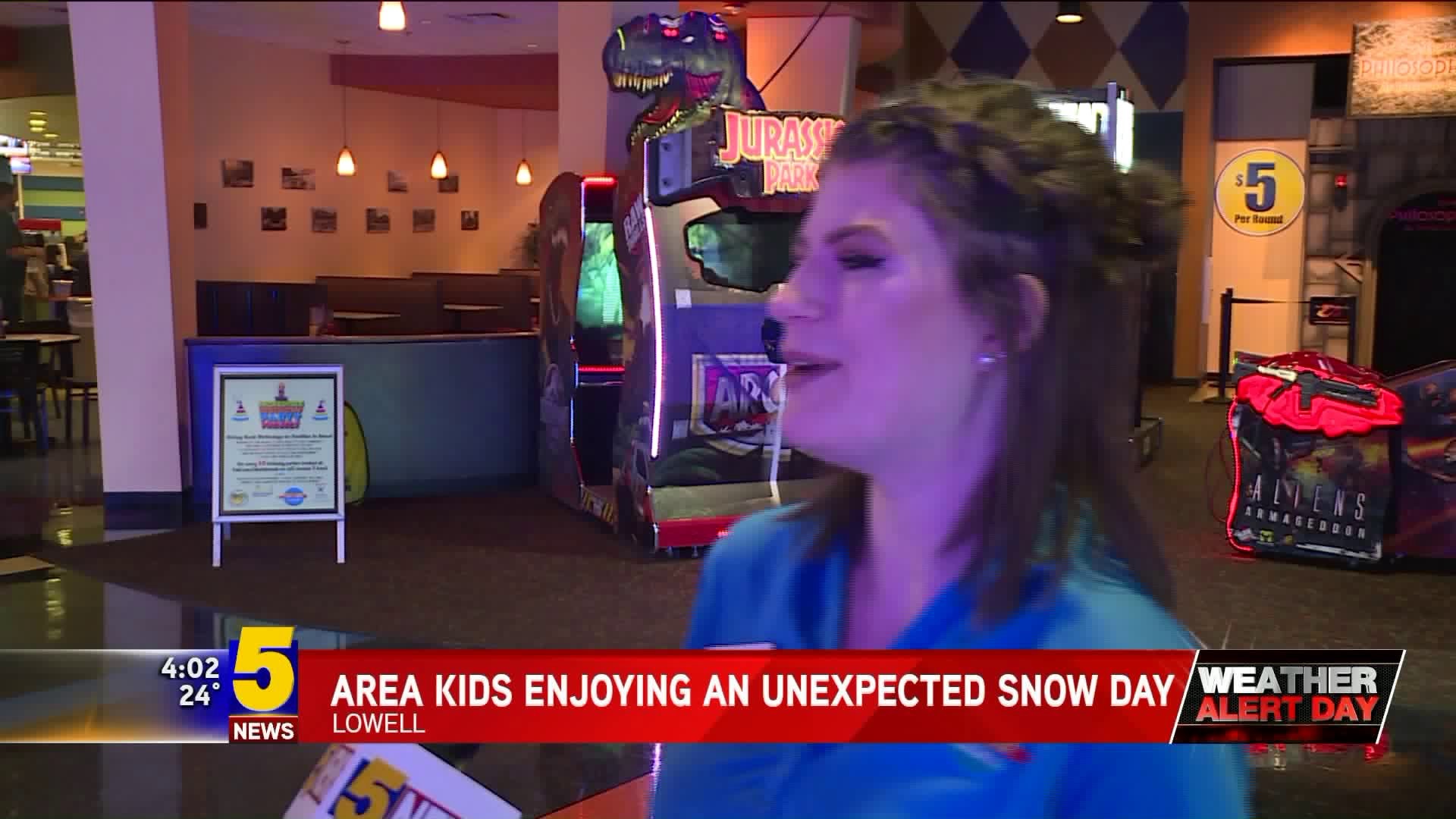 NORTHWEST ARKANSAS (KFSM) — If you checked social media last night, you were planning on school being in session today. That was until we woke up this morning to snow-covered roads.

Fayetteville and Bentonville Public Schools posted on social media Sunday night that kids would be going to class Monday. But, light snow this morning prompting school cancellations when it stuck to the pavement.

School officials took to social media and to 5NEWS to alert parents and students that school would be canceled.

The three-day weekend left parents scurrying to make plans for their kids on this unexpected snow day.

Some parents may want their kids to spend the snow day playing in the snow or bundled up at home watching a movie, but others may want to entertain them outside of the house.

Fast Lane Entertainment in Lowell is one of many places in Northwest Arkansas where kids can beat that cabin fever.

Parents now making last minute arrangements for ways their kids could spend the day. One Fast Lane employee is still in school but was called into work to help with snow day crowds.

“I’m in high school so I was actually supposed to go to school today but it got canceled so I got called in,” said McKenzie Hohensee. “Most people who get called in don’t want to come, but I love working here. You wanna give the kids somewhere to go to give them something to do, you don’t want them to sit at home and be bored all day.”

Several places in the area offering deals on this snow day. High Rise in Bentonville is having a winter fun day with cheaper rates.