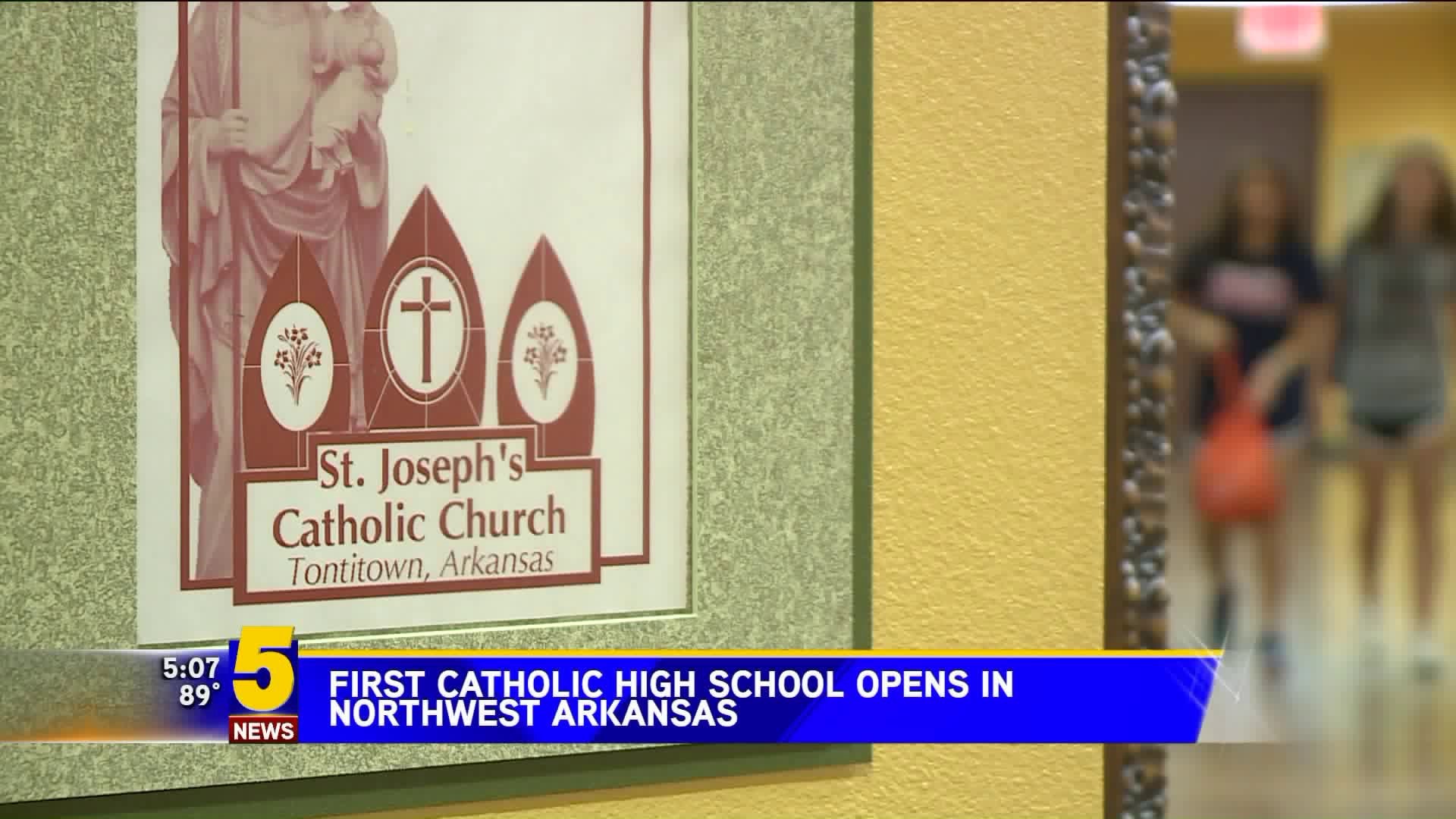 TONTITOWN (KFSM) --  For nearly three decades Ozark Catholic Academy started as a vision, turned prayer, and is now a reality.

"Really this push, that really opened up Ozark Catholic Academy, started about four and a half years ago by two sisters Ashley Menendez and Adriana Stacy," said Head of school John Rocha.

The school opened to 24 freshman and sophomores. In that bunch is Matthew Moix, who is beyond proud to be making history at the first Catholic High School in Northwest Arkansas.

"I have three older brothers and they all went through Catholic grade school and junior high. But, nobody in my family has been through Catholic high school so I was the first one, and obviously, my parents were very excited,".

As Catholicism continues to spread in the natural state, four of the five major parishes have settled right here in NWA, according to Rocha.

Over the years the community diligently put in 20,000 volunteer hours to get the school up and running.

For Moix, attending OCA is an opportunity to continue fueling his faith alongside his academics.

"OCA integrates the Catholic faith into everything, I mean. Just today in class we were integrating the faith through world history and into science."

The first senior class will graduate in 2021.