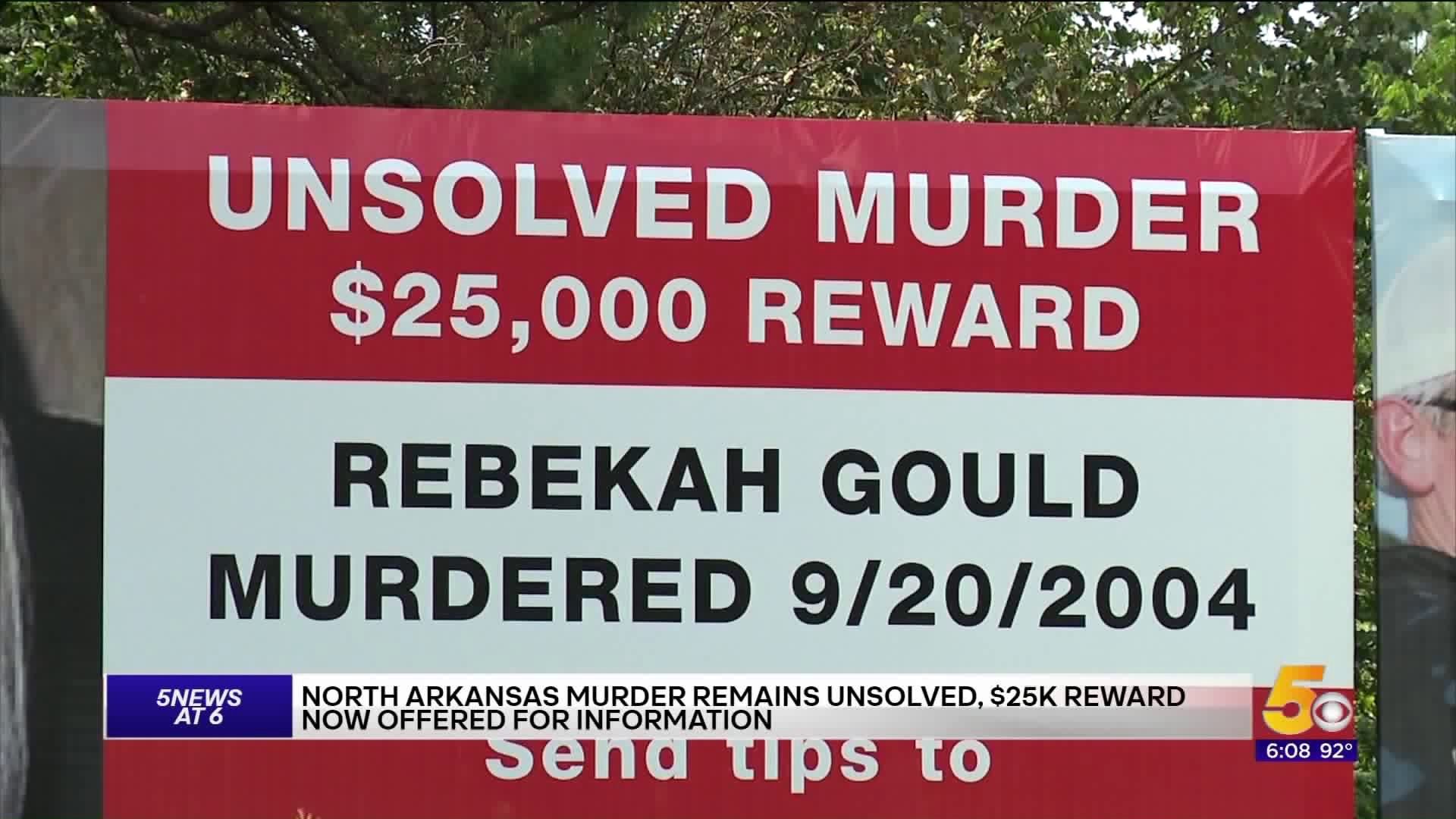 IZARD COUNTY, Ark. (KATV) — It was September 27, 2004, when the family of 22-year-old Rebekah Gould received the news they were not hoping to hear - her body was discovered in a ditch, bludgeoned to death, in rural Izard County.

Journalist and author, George Jared, was a budding newspaper reporter at the time Gould was initially reported missing roughly a week prior to her body being found by police.

"The mother of this woman - Rebekah Gould's mother - hands me a missing poster and says we're looking for my daughter," said Jared. "I jotted some notes on the back of the missing poster - and so for the next four or five days we were out looking for Rebekah."

Gould was reportedly last seen taking a friend she had been staying with to work at Sonic. The 22-year-old was getting her life together, enrolled at Northwest Arkansas Community College in Fayetteville with dreams of attending the University of Arkansas. Gould was supposed to meet up with her sister to head back to Fayetteville but never showed up.

A welfare check of the home she had been staying in showed signs of a struggle, a bloodied mattress flipped over, leading investigators to suspect foul play was involved in her disappearance. A search effort ended when a local woman reported smelling a foul odor and seeing buzzards flying near her home. Authorities discovered Gould body in a state of decay - dead from apparent blunt force trauma to the head.

"She was in a t-shirt and panties, she had been there for about a week," recalled Jared. "The forensics make it look like she probably died the morning that she disappeared."

Since then, Gould's murder remains unsolved. Jared has written several real-crime books, each one featuring an update in Gould's case.

Late Tuesday, a billboard was put up just inside Melbourne city limits, offering a $25,000 reward for information leading to an arrest and conviction in Gould's death.

"I think there's lots of evidence pointing into a certain direction," said Jared. "I think if anybody with an independent mind would examine it - I think it's very obvious what happened here."

Many that have become involved with the case say there's an obvious suspect, but apparently, the case is lacking forensic evidence.

Arkansas State Police have been the lead agency on the investigation since Gould's body was discovered. ASP declined to be involved in the recent offering of a reward.

In a statement released to KATV, ASP says 15 years later the case remains open and active.

With respect to your question about the cash reward being coordinated by friends and family of Ms. Gould, the Arkansas State Police looks forward to receiving any new witness information or evidence that may come from these individuals.

Commanders within the Arkansas State Police consulted with the prosecuting attorney of jurisdiction about the offer of a cash reward. In the interest of protecting the integrity of the case, there was a consensus that it would be left to the friends and family to coordinate the reward publicity and administer the distribution of any cash under the terms they may choose.

Meanwhile, the case agents assigned to the investigation are working diligently to provide enough credible evidence to the prosecuting attorney who will be left to decide whether criminal charges should be filed."

In the meantime, Gould's killer still walks free. Her family is looking to pay to change that.