WASHINGTON COUNTY, Ark. (KFSM) — In less than a week, a national non-profit has posted bail for more than a dozen people at the Washington County Detention Cent... 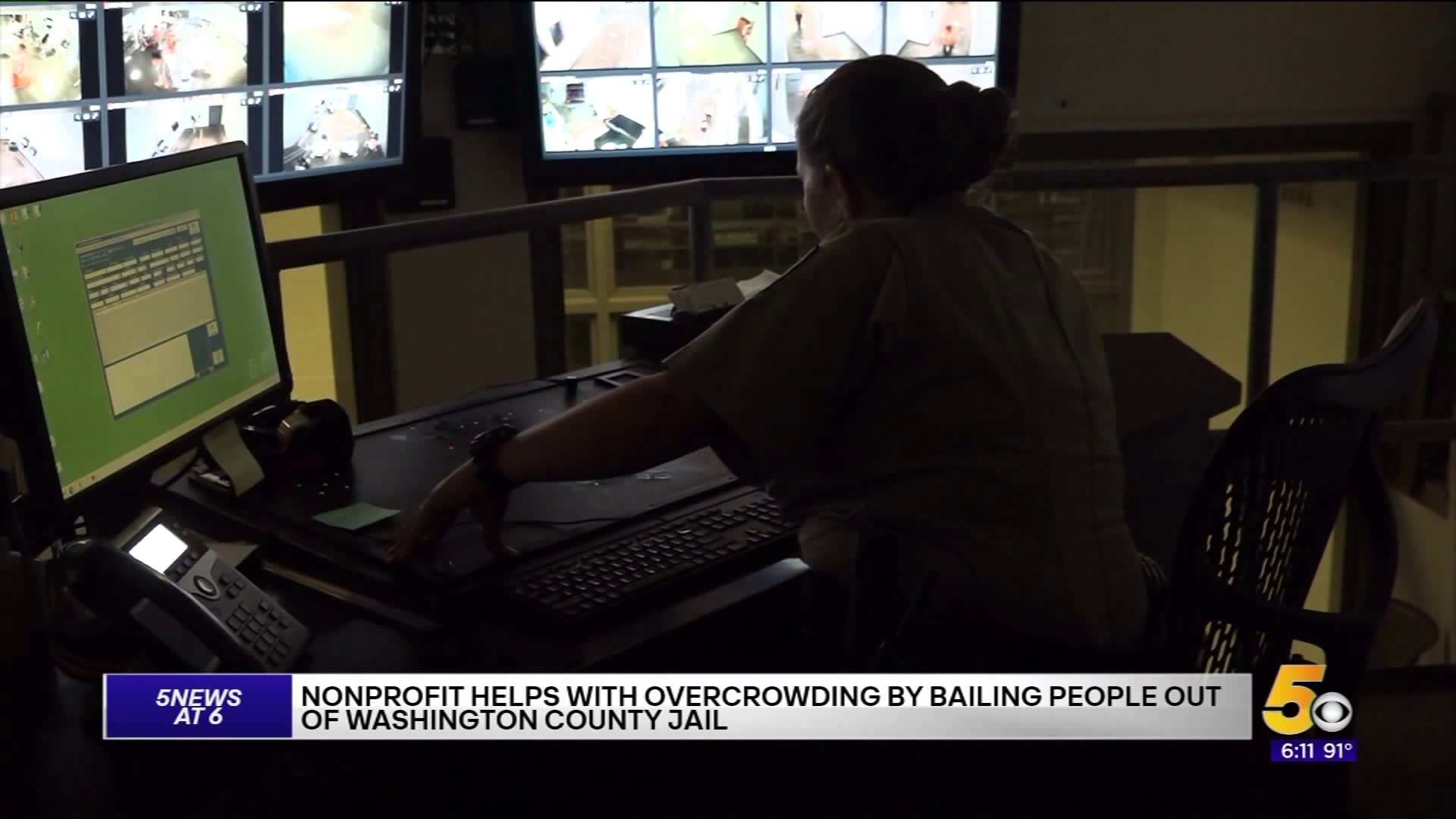 WASHINGTON COUNTY, Ark. (KFSM) — In less than a week, a national non-profit has posted bail for more than a dozen people at the Washington County Detention Center.

The Bail Project is a revolving bail fund that has helped more than 20 people get out of the Washington County Detention Center in three weeks.

“We identify folks who are in jail solely because they can’t afford to pay bond in order to get out of jail,” Madeline Porta said.

Porta is with the bail project and says the people they help bail out have bonds of $5,000 or less.

She says they go into the jail to interview these people to find out their community ties and if they would be likely to make their court dates. Then if they decide that person is a good candidate, they post the full cash bond for that person.

“The person is then able to get out of jail. Once they make all of their court dates and their case is finished, then at the end of their case the full bail amount we posted gets refunded back to us and we are able to bail out the next person,” Porta said.

Washington County Sheriff Tim Helder says if the Bail Project were able to bail out around 20 people a day it would really help with their overcrowding problem,

Right now, there are close to 100 people sleeping on the floor of the jail.

“There is a high volume of people arrested and brought to this facility. I don’t know any way to turn that around. We are heavily involved in all these programs to see if we can reduce that population,” Helder said.

Helder says he still hasn’t changed his mind that the best solution, in the long run, is for some kind of jail expansion.

“We’ll see how this plays out. I am very hopeful that the bail project is successful, that the people they bond out of jail will come back to court and they won’t repeat. I guess we’ll just have to see how it works out,” Helder said.

So far, the Bail Project has paid $40,000 to get people out of the Washington County Detention Center.

The organization plans on bailing out more than five people this week.