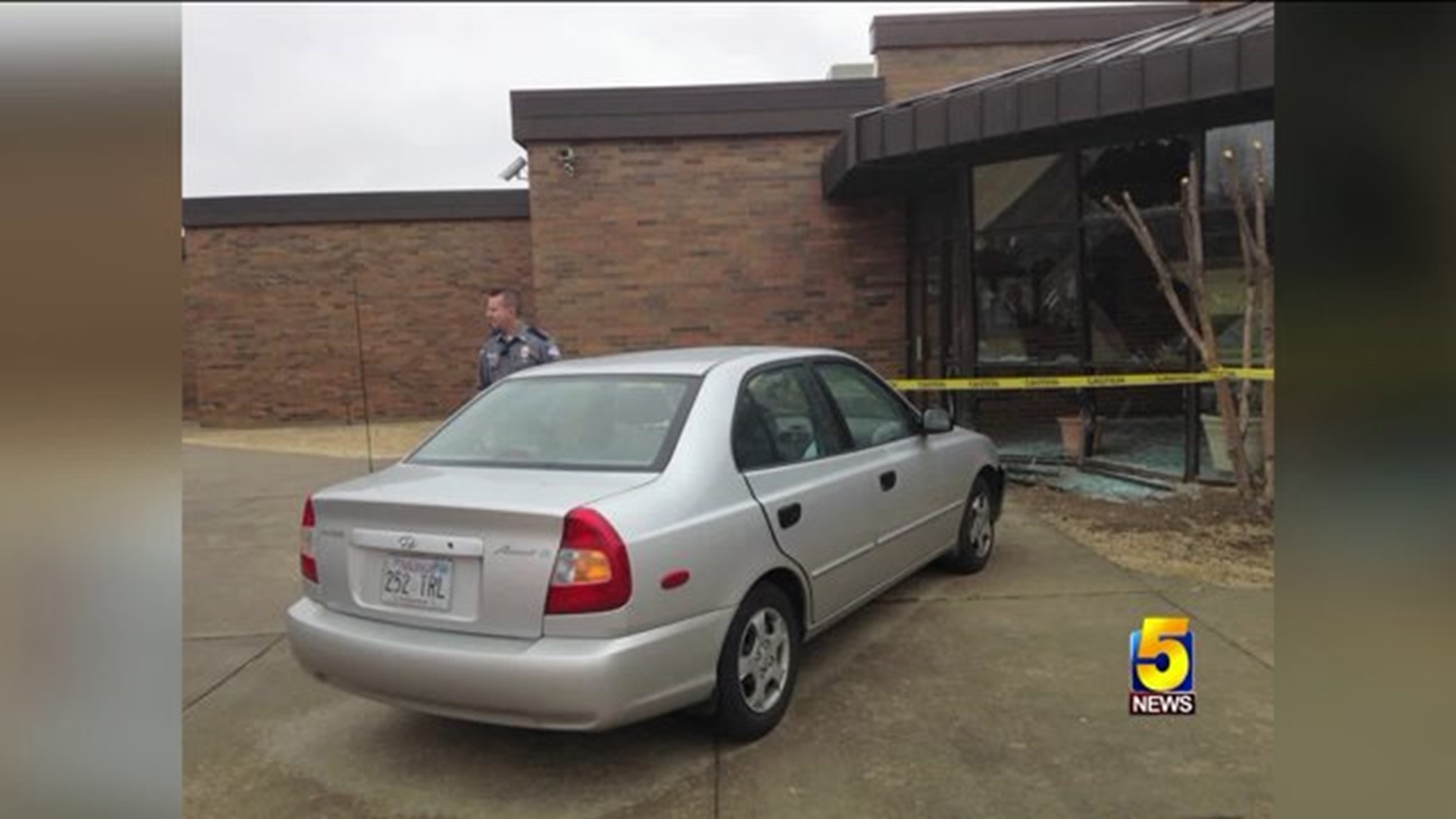 A four-door Hyundai hit the front of the building while school was in session, said Det. Jonathan Wear, spokesman for the Van Buren Police Department. The building did suffer minor damage as a result of the crash.

Wear said the driver was sent to the hospital but was not badly injured.

The incident happened at 9 a.m., and the school went into lockdown for about three minutes after hearing the crash, according to school officials. Once the school's principal realized it was a car accident, classes resumed as normal.

Officials said that the damage is to the front foyer, so students and teachers used an alternate entrance until the glass was cleaned up. That part of the building is now boarded up with plywood. Maintenance crews estimate $5,000-$10,000 worth of damage and said it was only cosmetic, not structural.

The driver started on 9th Street, possibly had a medical issue and ended up leaving the roadway, hitting the school, Wear said. He said the man will not be cited.