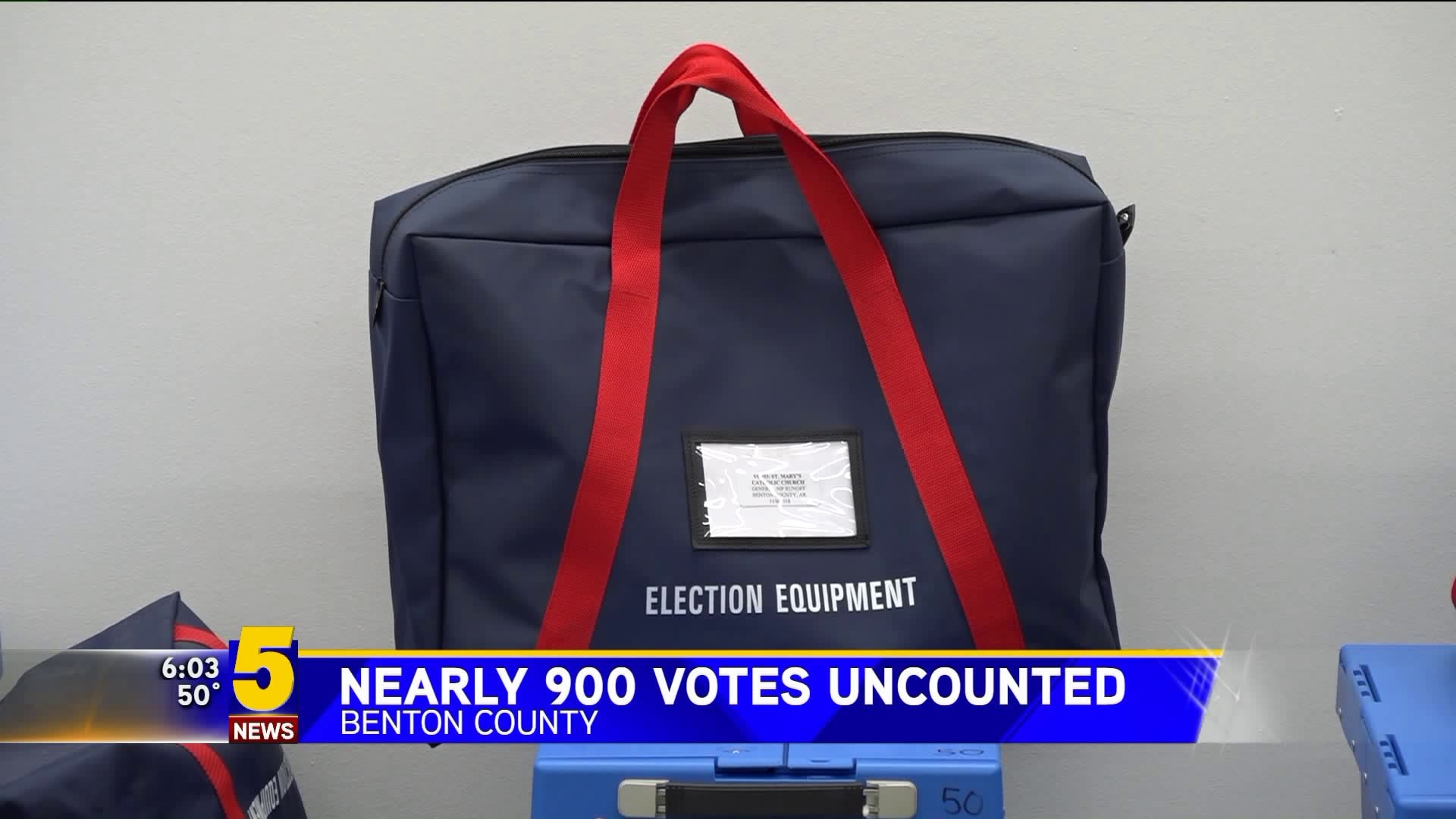 BENTONVILLE (KFSM) -- Benton County election officials said Thursday (Nov. 8) that 897 votes from a Rogers polling location cast on Tuesday (Nov. 6) were not tallied, but no races appear to be affected, according to Benton County Election Coordinator Kim Dennison.

As a voter and someone who worked on a campaign, Lucci Chambless says it's super frustrating because she's spent months reaching out to people encouraging them to vote. Even more so because the polling location impacted was in a highly Hispanic community.

"I've spent a lot of time reaching out saying we want you here, we're glad that you are here. You are our neighbors, you are an important part of this community. Your voice matters, you need to vote, and then we literally don't count their votes after telling them that their vote counts,"  Chambless told 5NEWS.

Dennison says a thumb drive storing the nearly 900 votes was found in a bag, inside another bag on Wednesday while election commissioners were cleaning up from Tuesday's (Nov. 6) midterms.

"This was just an oversight on the staffs part and the election commission, and we're working our hardest to simplify this process and make sure that this does not happen again, Dennison said to 5NEWS.

These unrecorded votes will be added to the county's unofficial results at Friday's (Nov. 9) election commission meeting. All races need to be certified by the Secretary of State's Office before they are official.