Former Farmington Employee Gets 46 Months In Prison For Embezzling $1.2M In Court Fees

FAYETTEVILLE (KFSM) — The former finance director for Farmington was sentenced Wednesday (July 11) to 46 months in federal prison for embezzling more than $1 mi... 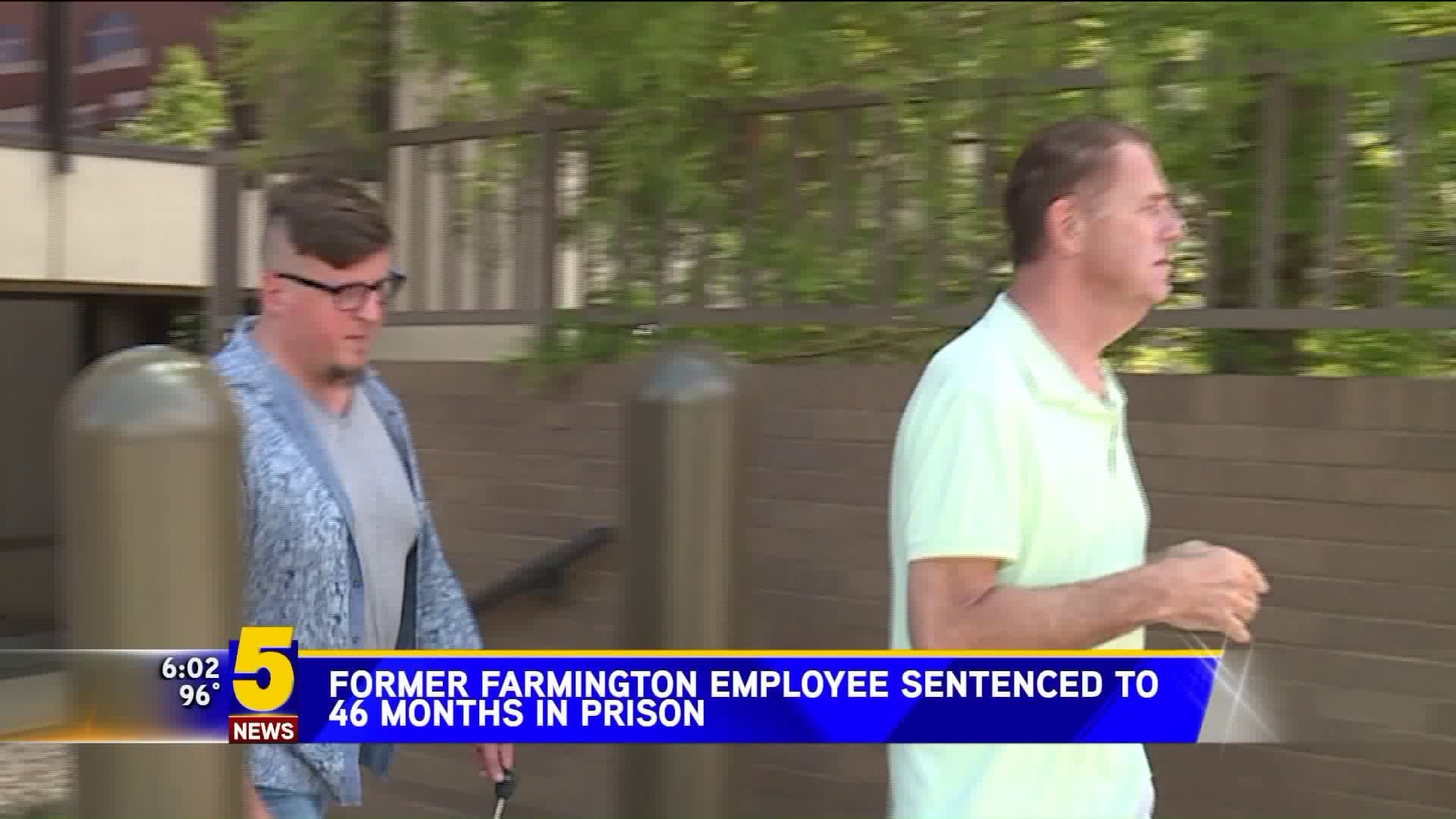 FAYETTEVILLE (KFSM) — The former finance director for Farmington was sentenced Wednesday (July 11) to 46 months in federal prison for embezzling more than $1 million in city court fees over eight years.

U.S. District Judge Tim Brooks also handed Jimmy Story a three-year sentence of supervised release to follow his incarceration.  Story will have to pay $1.2 million in restitution to Farmington and $372,000 to the Internal Revenue Service.

Story, who was hired in 1995 and also served as Farmington's court clerk, pleaded guilty in November 2017 to stealing from a program that received federal funding and filing a false income tax return.

An investigation by the Arkansas Legislative Audit found that Story failed to deposit $1,572,022 into city bank accounts between January 2009 and December 2016.

Story had been manipulating the city's revenue system by taking payments from defendants and keeping the payments out of the court computer system. Story then issued the defendants handwritten receipts.

He kept other city officials in the dark by destroying court records, according to the audit.

Story made more than 14,000 unauthorized adjustments to "fabricate reasons that fines, costs and fees collected were not entered into the system," according to court documents.

Mayor Ernie Penn said the city asked for an audit after Story's replacement found discrepancies in the accounting systems.

"She wanted to make sure it was reporting correctly, and she found where [the relative] had paid that in cash, but it was never deposited into the city of Farmington's accounts," Penn said.

The same was found with several other accounts, which prompted an internal investigation that Penn said revealed "major discrepancies".

Penn said the city has made several changed recommended by the audit, including the hiring of a deputy court clerk. He also reassured Farmington residents that no city account was compromised and no funds disturbed.

A previous version of this story incorrectly stated Story would have no jail time and that has been corrected.