FORT SMITH (KFSM) — About nine months ago, Susan Yocum woke up to a call from her son’s girlfriend. That day she found out her son, Jimmy Ray Yocum ... 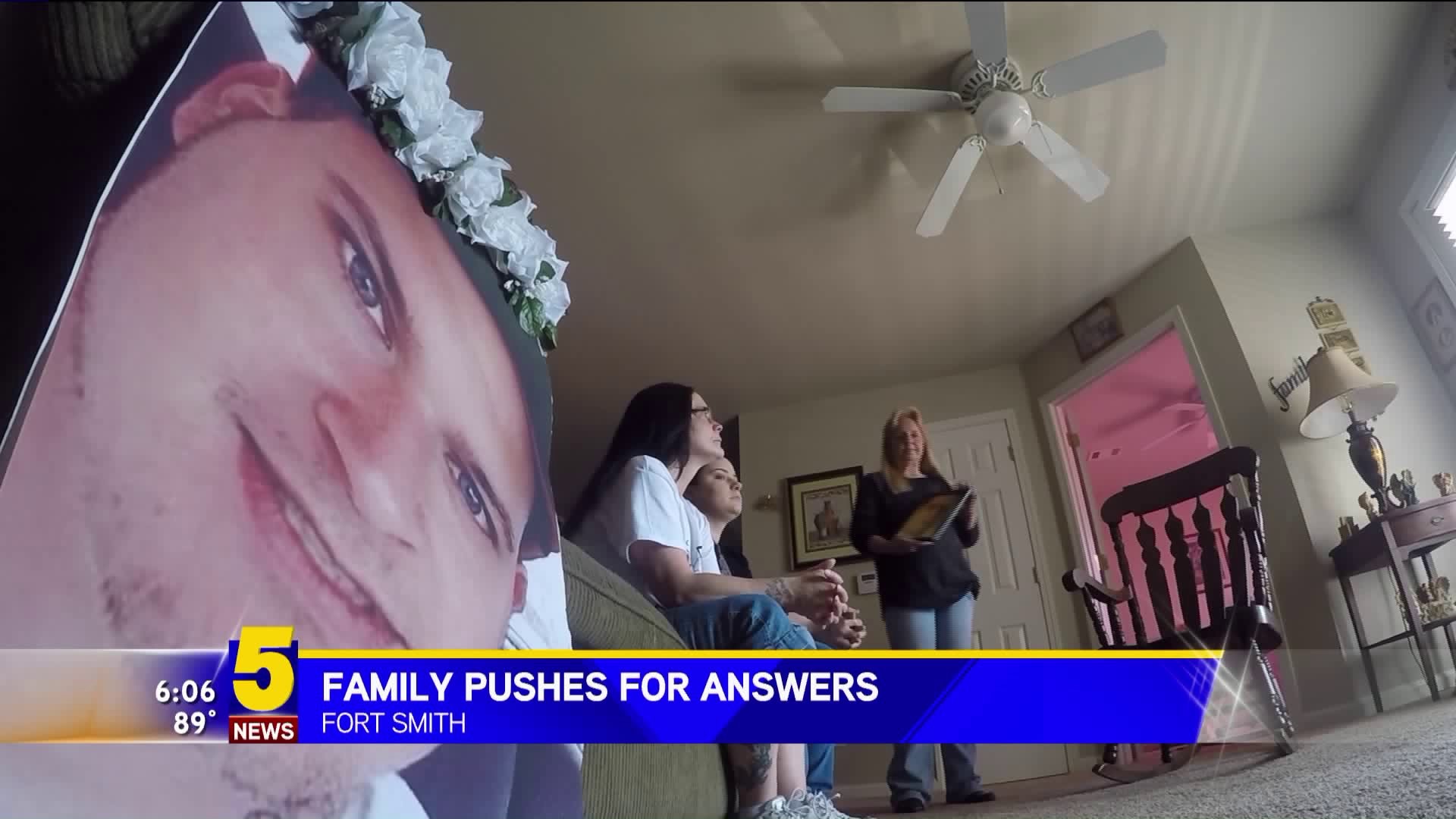 FORT SMITH (KFSM) -- About nine months ago, Susan Yocum woke up to a call from her son's girlfriend. That day she found out her son, Jimmy Ray Yocum had been stabbed to death.

Now, as Fort Smith Police search for three suspects involved in the stabbing, the family is speaking out again, reliving the painful memories in hopes of finding answers to questions that have haunted them since June.

"We want answers. It's not going to bring our nephew back, but it will bring us closure of what actually went on," Allen continued.

So far, Yocum's family says answers have been few and far between. And though Susan believes Fort Smith Police are doing the best they can, she still demands justice.

"I've tried to lay off a little bit. I don't want to make him (the investigator) mad by calling him and bothering him," explained Susan.

"And I just want them to know that, you know, look at your kid if you have one and just think what if it happened to yours?"

Anyone with information about the crime is encouraged to call the police. You may give tips and remain anonymous by calling the River Valley Crime Stoppers at 78-CRIME.