ROGERS (KFSM) — A new sand volleyball court dedicated to a former teacher was unveiled at Reagan Elementary School in Rogers on Friday (May 5). The Caroly... 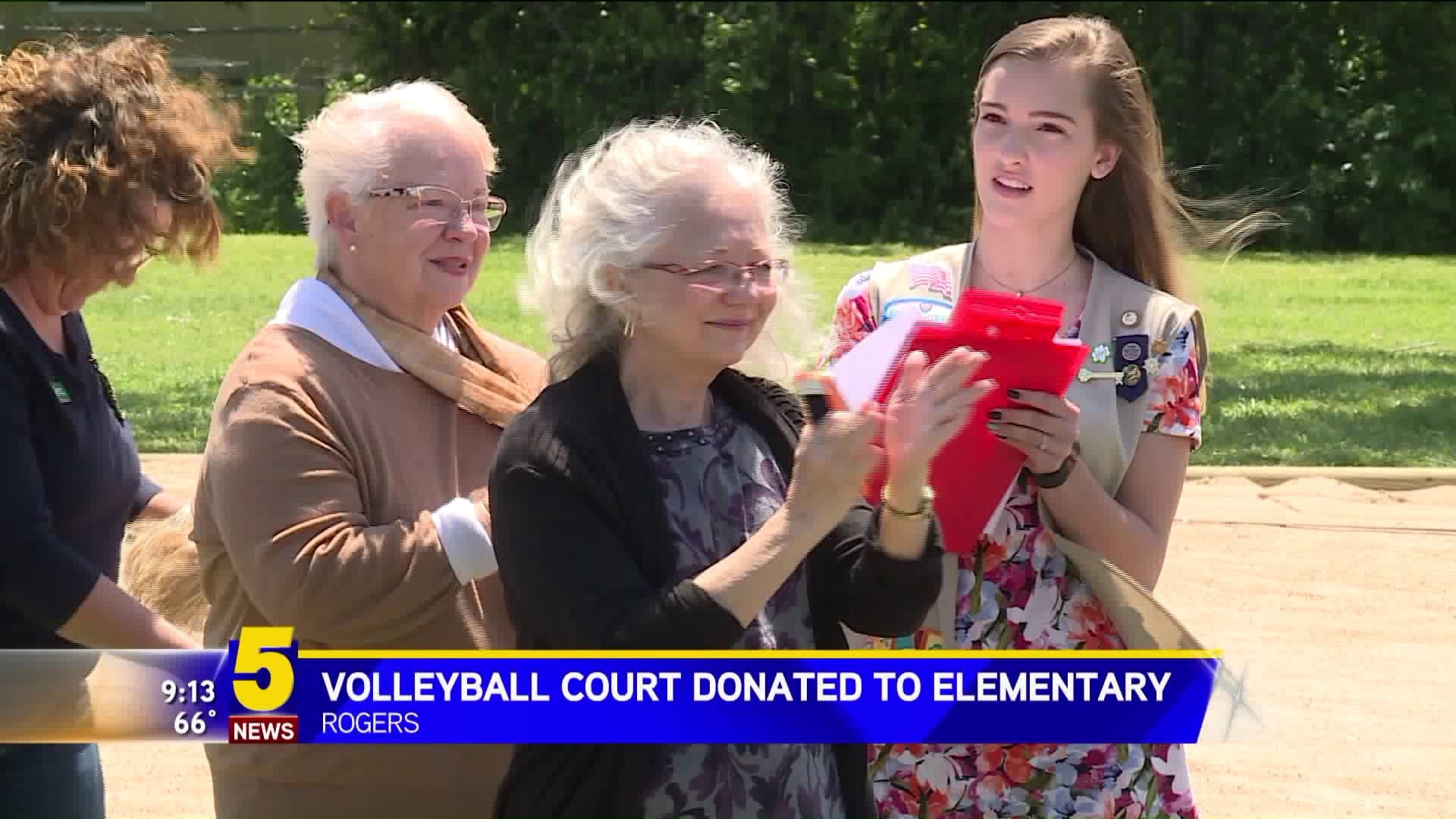 ROGERS (KFSM) -- A new sand volleyball court dedicated to a former teacher was unveiled at Reagan Elementary School in Rogers on Friday (May 5).

The Carolyn Adams Volleyball Court was named after late physical education teacher, Carolyn Adams. Adams retired from the district in 2015 after 26 years of service.

She passed away in October 2016, but not before inspiring many of the students she once taught.

Alexis Godsey, a senior at Rogers Heritage High School, was among them. It's because of her that the idea of a volleyball court came to life.

Godsey is a Girl Scout and was thinking of an idea for her Girl Scout Gold Award Project.

"It's equivalent to an eagle scout in Boy Scouts," Godsey explained. "It's the highest award you can achieve. You get it when you make a project beneficial for the community."

She has spent the last two years getting the project completed. It's involved coordinating with companies from both the River Valley and Northwest Arkansas that have donated both the material and labor. Final numbers put the cost of the project at $15,000.

Plans were drawn, deals were made and schedules were drafted, which was a hefty chore for a high school senior.

"At the beginning, I didn't even know where to start. I don't know how to build things," Godsey said. "So, I had to research all of that. I had to plan it out, contract all the companies around here, who could do that and who could not."

Godsey said her former teacher was unforgettable, and made a lasting impression on so many students.

"She was just so enthusiastic and always made my years here better," Godsey said. "I just wanted to make this in her dedication."

Choosing a location for the volleyball court was a no brainier. Not only was Reagan Elementary a special place for both Godsey and Adams, but the school building is situated between several neighborhoods, which will allow other people to use the court.

Godsey said it may also be used by the high school volleyball team.

Adams' twin sister, Fran Kelly, attended Friday's ceremony. She was overwhelmed at the amount of respect that the children had for Carolyn.

"She'd be out here playing," said Kelly of her sister. "She would love this, because this is for the students and she would be out here with all the kids all time."