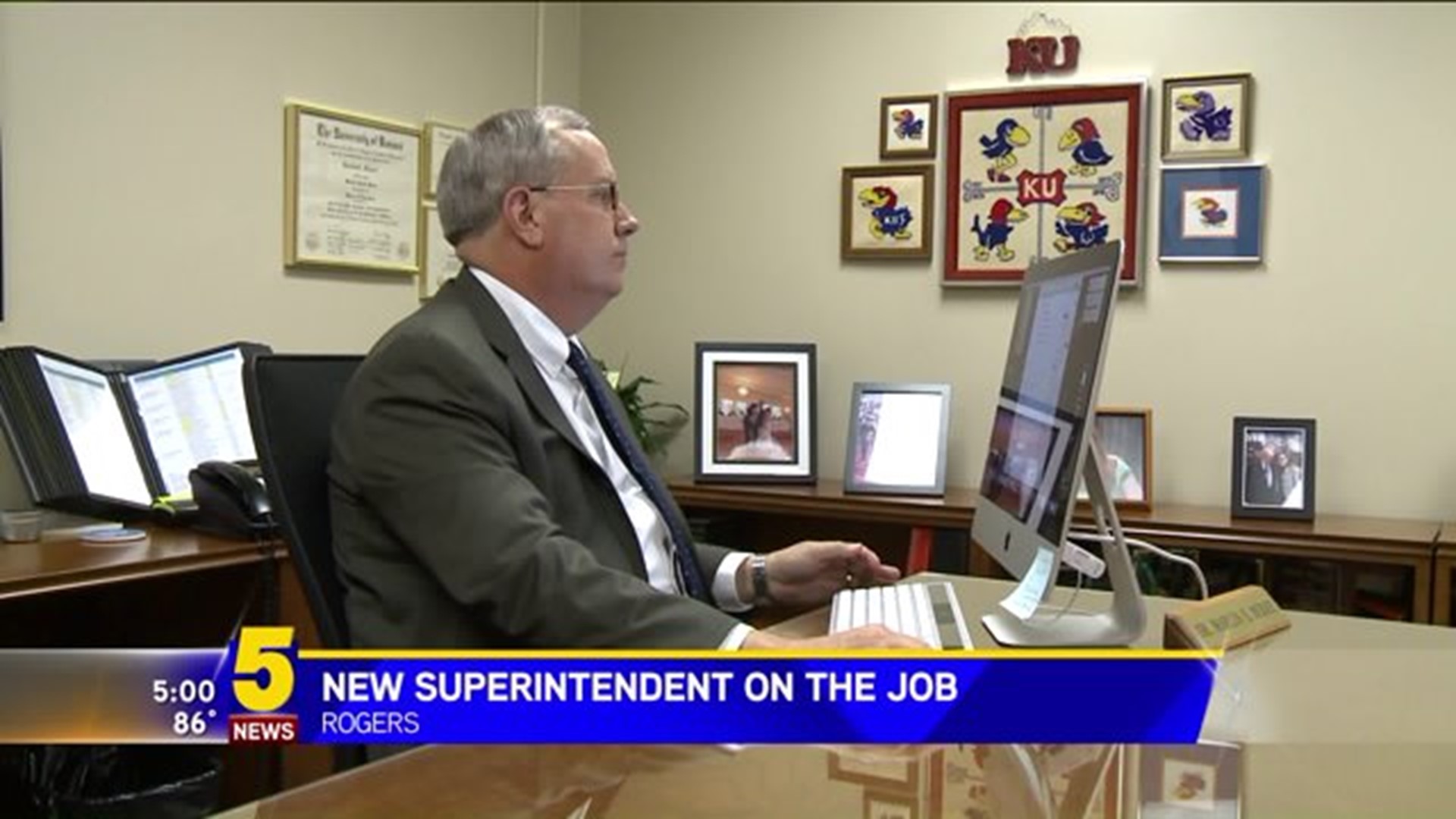 Marlin Berry, the man tapped to lead Rogers Public Schools, has settled into his office at the administration building.

"I swoop in here and officially start July 5," Berry said. "So, this is like my 16th day on the job and we're getting ready and prepped for school."

Berry came to Rogers from Olathe Public Schools, located outside of Kansas City, where he spent the last six years at the helm of the district. He replaced Janie Darr who spent 17 years as superintendent.

She stepped down at the end of June after she announced her retirement.

"It's a great school district, it's had fine leadership under Dr. Darr previously and so when I had the opportunity to apply and things seemed to work out," Berry said. "I'm just really excited to be here in Rogers."

Brooke Price, a parent in the school district, praised Darr's leadership and said she hoped to continue the trajectory that Rogers Public Schools is already on.

"Doctor Darr has done a lot for not just the schools in Rogers, but the community," Price said. "He's going to have some big shoes to fill, but I'm optimistic that he can handle it."

Most students in the district will return to class August 15.

"I'm anxious for the kids to come because that's what it's all about," Berry said. "That we get to see the kids involved in activities and in the classroom and that'll be the exciting part."