FARMINGTON, Ark. (KFSM) — The City of Farmington decided it’s time to have a noise ordinance. This comes after receiving complaints about loud music from ... 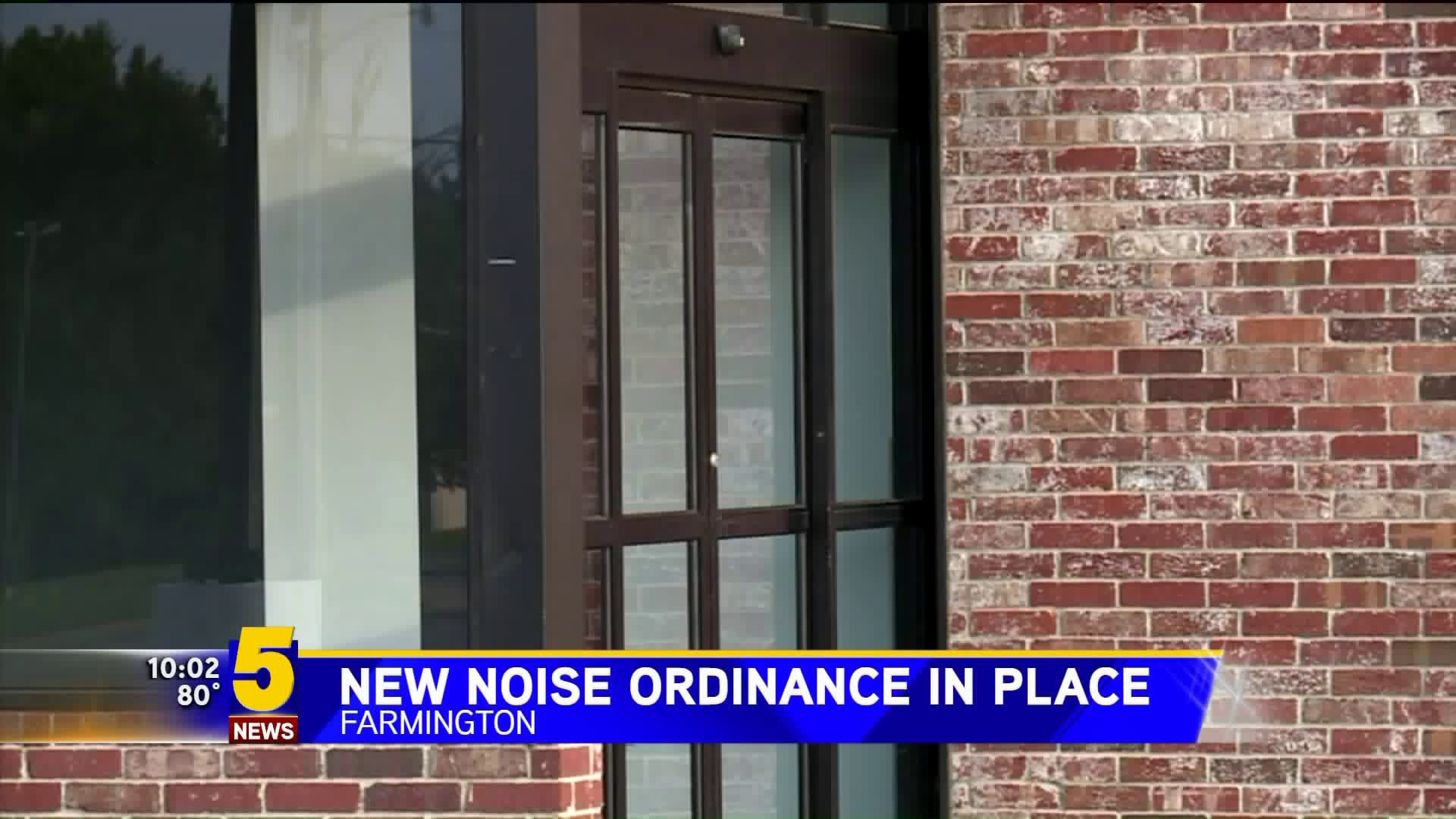 FARMINGTON, Ark. (KFSM) — The City of Farmington decided it's time to have a noise ordinance. This comes after receiving complaints about loud music from a local church.

The Farmington City Council voted in favor Monday (July 8) of its first ever noise ordinance, which is something Mayor Ernie Penn says was long overdue.

Council started looking into it after residents of a neighborhood behind Brand New Church on Highway 62 were complaining of loud music on Sundays, which lead to multiple citations.

"It covers all different kinds of noise, music, cars, motorcycles, just any kind of noise that would be annoying that we would be complaint-driven," Penn said.

Mayor Penn says the noise ordinance is similar to other cities in Northwest Arkansas.

"It’s just a step forward that our city needed to take and I appreciate all the citizens who came out and have given us the input and we decided it’s time to do it, and we hadn’t had any issues before, but we just need to be prepared for the future," Penn said.

Since May of this year, police cited the church three times for disorderly conduct over the loud music. Senior Pastor Shannon O'Dell says he supports the new ordinance.

"Brand New Church is so grateful for clear lines to allow us to be successful and worship as the way we see fit," O'Dell said. "According to the ordinance, it’s very similar to areas around us. It allows us to be very effective in our worship style."

O'Dell says they tried to work with the neighbor who was complaining about the loud drums, buying mute pads and moving practices even later in the morning, but says they needed the clear lines this ordinance now give them. He says they know they will be well within the legal decibel range from now on.

"We’ve done decibel reading testing with an engineer group here locally, actually out of Springdale, and the loudest thing we measured was our air conditioning unit and the neighbor's lawn mower," O'Dell said.

The noise ordinance will go into effect later this week and anyone who violates it could face a fine up to $500.

Mayor Penn says no one voiced their opinion against the new noise ordinance.