ROLAND, Okla. (KFSM) — A couple says they had a nightmare experience deliver their son at a local birthing center. Suzie and Corley Bigler told 5NEWS they went ... 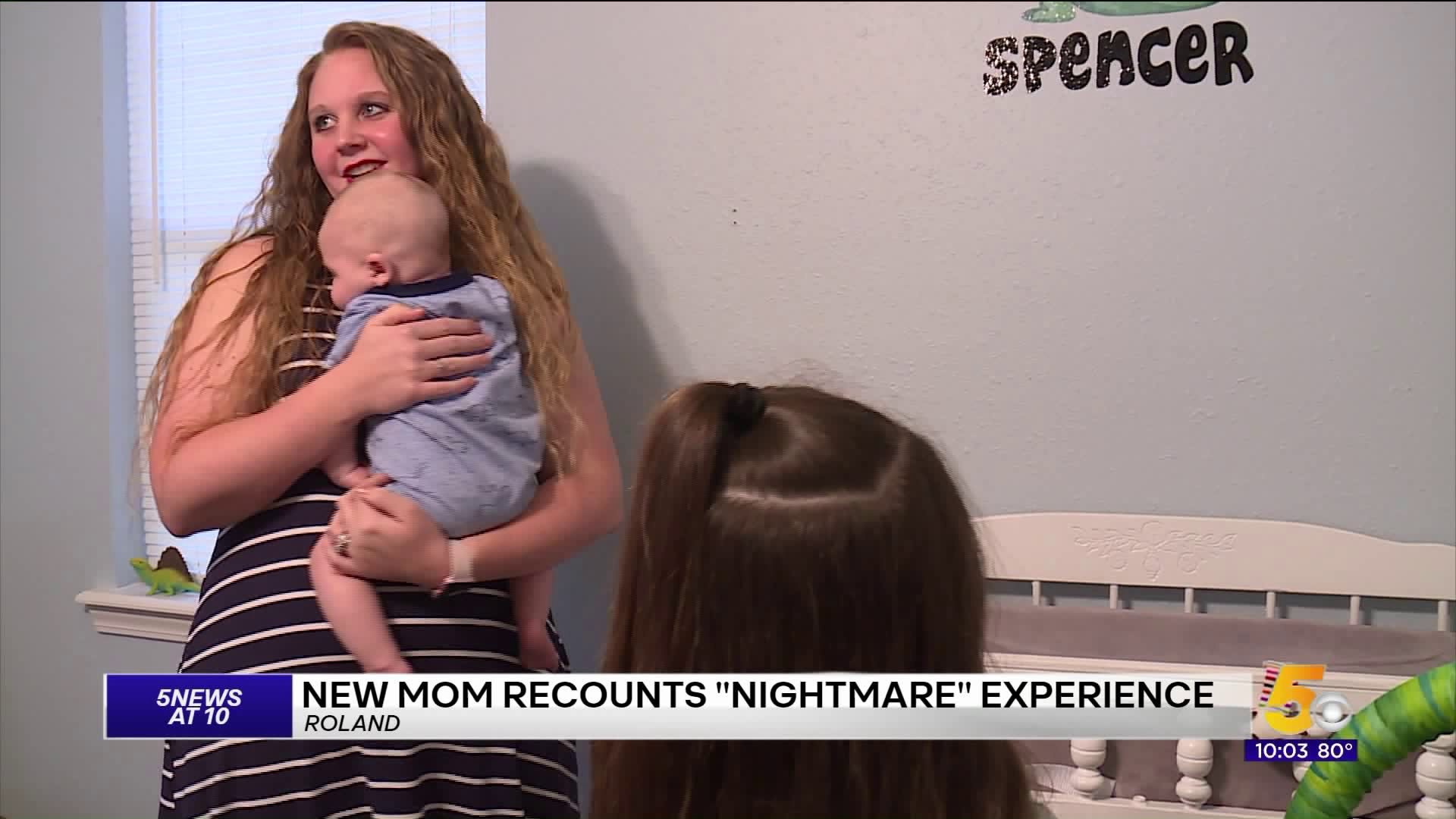 ROLAND, Okla. (KFSM) — A couple says they had a nightmare experience deliver their son at a local birthing center.

Suzie and Corley Bigler told 5NEWS they went to a birthing center in Roland where two midwives were responsible for delivering their baby. But they say it did not go as they planned.

For Suzie Bigler, May 27, 2019, is a day she will remember forever. It's the day her first baby was born, but it's also a day she says could have ended horribly.

"I've never had a baby before, so I didn't know what to expect," Suzie said.

Suzie says problems alls started when a midwife at Babies Choice Center in Roland began arguing with her family for being in the birthing room.

"She was like everything is fine, don't worry, this is normal, and so I trusted her," Suzie said.

Suzie told 5NEWS she then discovered after several hours of laboring that their baby was not turned the right way.

After more hours of intense laboring, the baby still would not come.

"She looked up at me and said we need to do an episiotomy and I've never done one before," Suzie said.

She says after the episiotomy her baby boy was born but was not breathing. The midwife began trying to resuscitate the boy, and Suzie claims she saw her lifeless baby fall to the ground after the midwife dropped him.

But after about two minutes, which Suzie describes as an eternity, her son finally took his first breaths.

"They hand him to me, and I stand up to move to the bed, and blood just pours out of me," Suzie said.

It was then that Suzie realized she was hemorrhaging. He family decided to call an ambulance, but Suzie says the midwives disagreed.

"At that point, you're just surviving," Suzie said.

Suzie was rushed to the hospital and says she and her baby were admitted fo three days to recover and her son even spent time in the NICU.

But throughout this whole experience, Suzie says she's grateful she and her son Spencer are here today.

"We should have talked about things more with what our plan was. And we take responsibility for that, but there was a lot that happened that is not our fault," Suzie said.

5NEWS reached out to the Babies Choice Center in Roland. A statement was not given at this time.