OKLAHOMA (KFSM) — A new law in Oklahoma will add new restrictions for driving in the left-hand lane on divided highways with four lanes or more. “If someone is ... 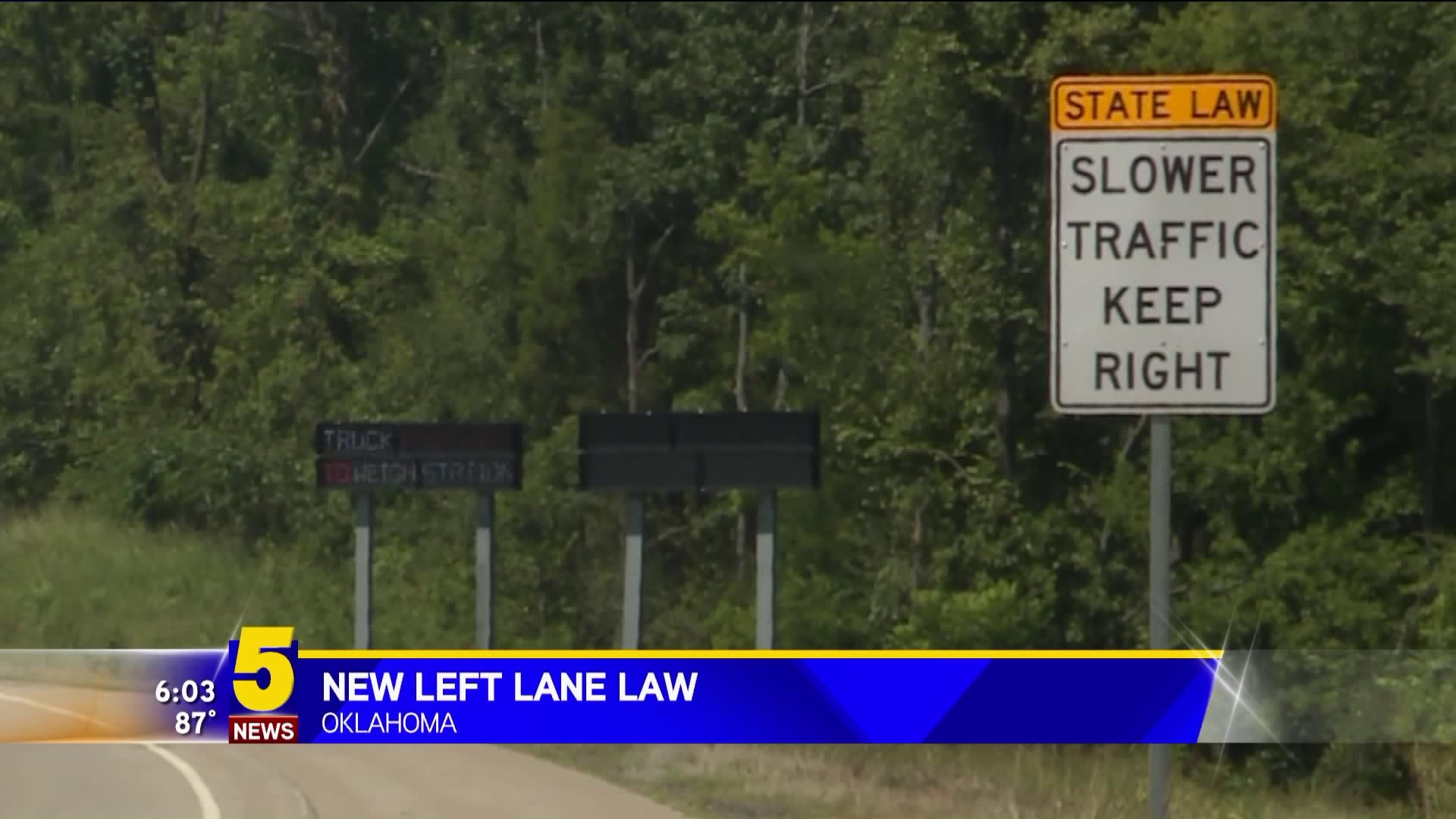 OKLAHOMA (KFSM) — A new law in Oklahoma will add new restrictions for driving in the left-hand lane on divided highways with four lanes or more.

“If someone is driving below the speed limit, then it should make it easy for a person to get into the left lane and pass them and get back into the right lane,” Lt. Eddie Bohanan with Oklahoma Highway Patrol said.

That won’t just be common courtesy starting Nov. 1, that will be a law on Oklahoma highways.

“That would be crazy,” driver Michael Humphreys said. “I've been driving in the left lane my whole life.”

But, other drivers think this will be a change for the better.

Both drivers said they think the cost of the traffic violation is a bit extreme.

“I think it will be a $235 fine if you're cited for just driving in the left lane,” Lt. Bohanan said.

Signage on Interstate 40 that says, “do not impede left lane” and “slower traffic keep right” is causing some confusion about the new law.

“Those basically apply to the law that is currently in effect,” Lt. Bohanan explained.

Those signs mean driving below the speed limit, causing traffic to back up behind you is already illegal.

“Slow vehicles should stay to the right,” Lt. Bohanan said.

He said the only other reasons for using the left lane is if you are making a left turn or there are signs directing you to use the left lane.

Troopers also want to remind drivers the speed limit is the same in the left lane as it is in the right lane, so if you are passing cars going faster than the posted speed limit, you will get a ticket.