New Law Drops Age Requirement For Firefighters In Arkansas To 18 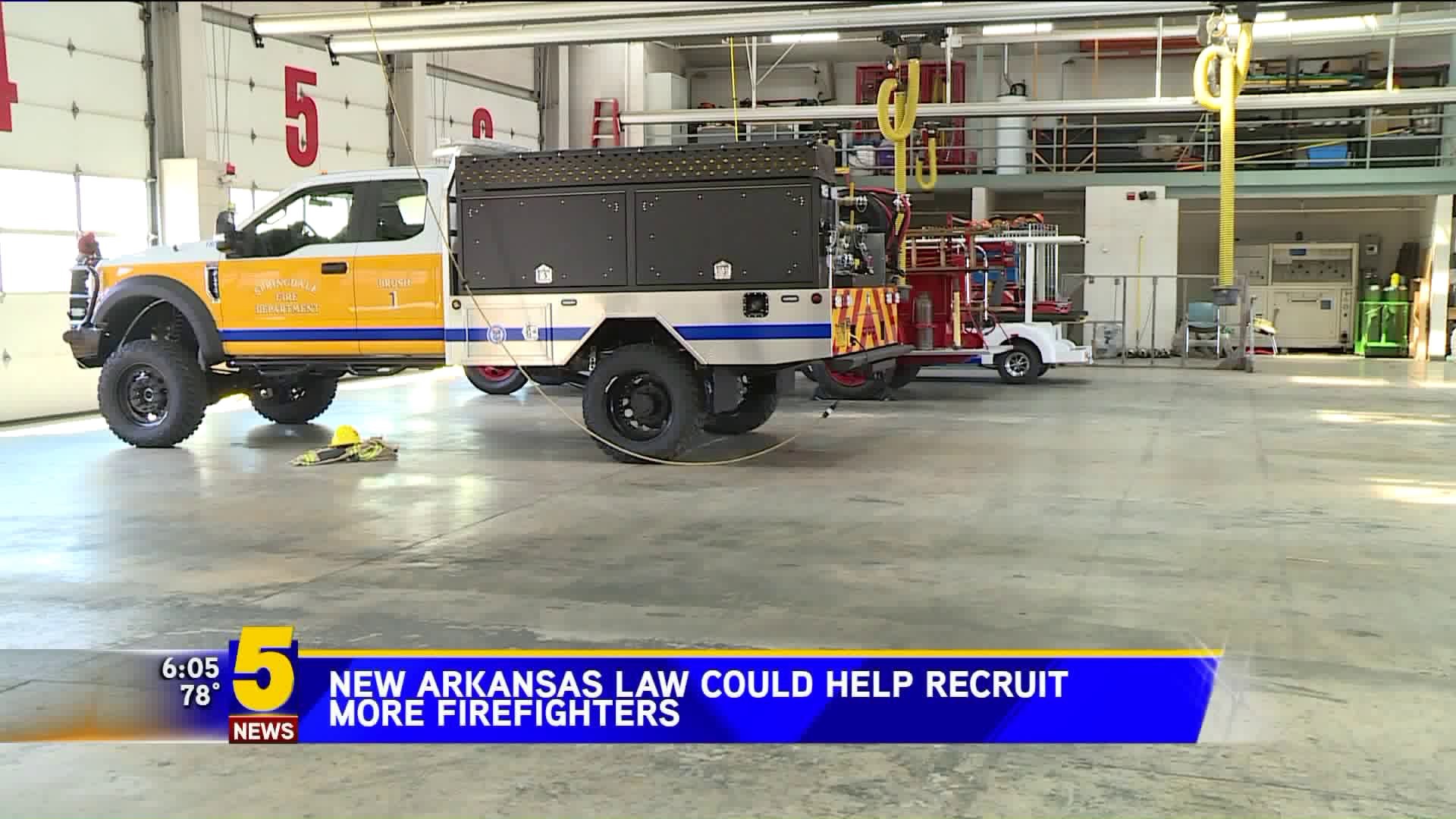 Rogers Fire Chief Tom Jenkins said he's looking forward to the new law and how it could help expand the pool of potential recruits.

"We have to look at ways that we can be agile and attract those candidates and I think if you can serve your country at 18 if you can certainty vote at 18 then it`s definitely a conversation to have," Jenkins said.

That means most of the larger departments with full time paid firefighters will be able to recruit 18-year-olds. This law will not include volunteer fire departments.

"I think it's a big benefit, we are in the high schools and we teach a class every year and a lot of those times those graduates we lose because that three years of when they graduate and when they can actually start here is a problem," said Springdale Fire Chief Mike Irwin.

Both departments said being a firefighter is a great job, and they need candidates.

"If we have someone come in that's 18, 19, 20 years old it gives us the ability to look at them and actually hire them, which we couldn't do before," Irwin said.

Both the Rogers and Springdale Fire Chiefs said the new law will not solve all of their problems with the low number of applicants, but it will definitely help get those numbers back to where they should be.

The new law will not pertain to every city and fire department in the Natural State, including the Beave Lake Fire Department.