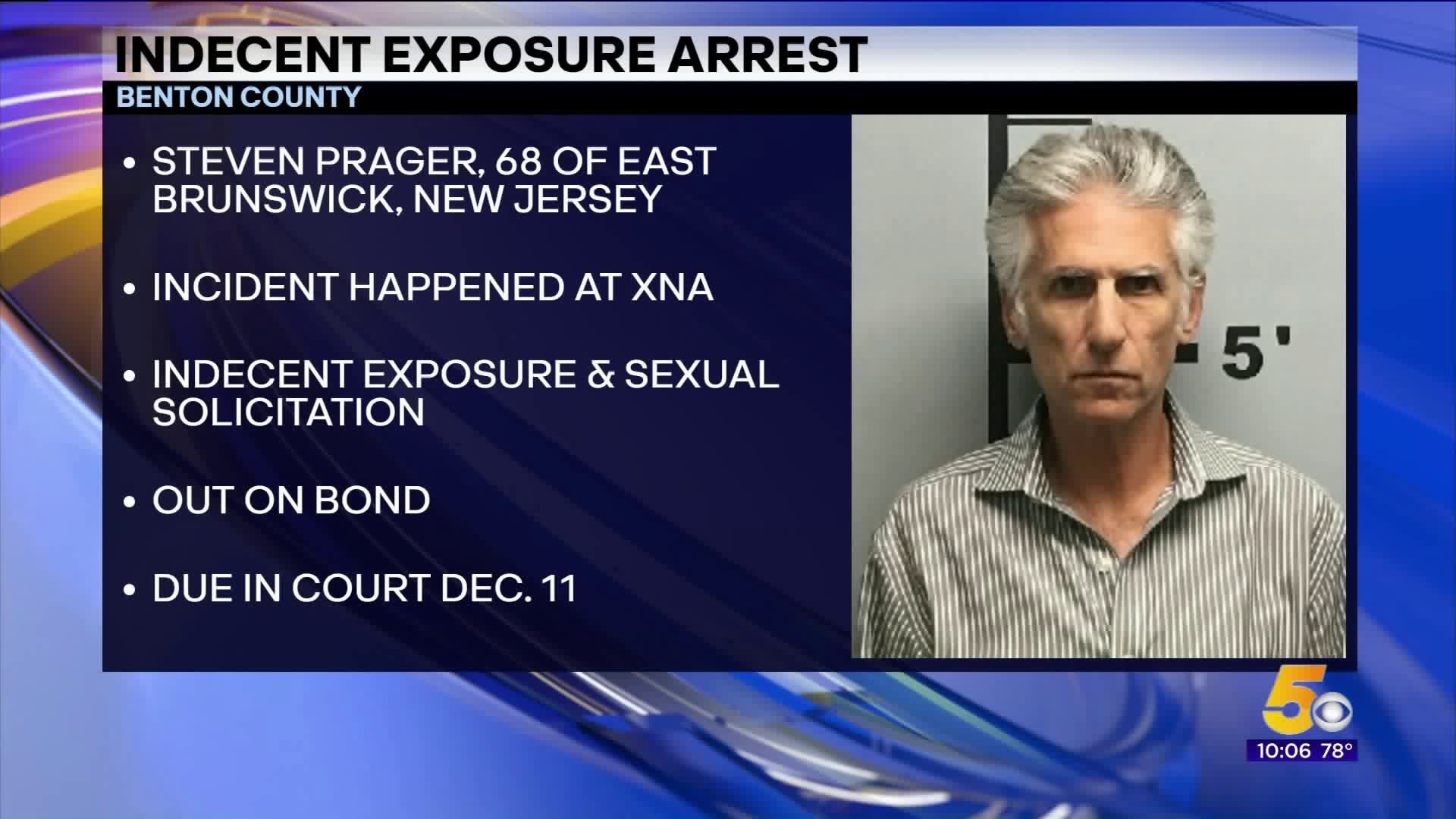 HIGHFILL, Ark. (KFSM) — A New Jersey man is accused of exposing himself to a female massage therapist last week at XNA.

Steven Prager, 68, of East Brunswick, N.J., was arrested Thursday (Sept. 26) in connection with indecent exposure and sexual solicitation -- both misdemeanors.

A woman told XNA police that Prager came into On The Fly Salon seeking a massage. She said he entered the salon's private room and got undressed, but laid fully naked on top of the sheet.

She briefly left the room to let Prager cover himself, but said he began to touch his penis when he flipped over for a stomach massage.

The woman said Prager told her he would give her a "good tip if you make me relax, because I'm very stressed out," according to an arrest affidavit.

The woman said she rejected Prager's request and told him he was being inappropriate. She said Prager apologized and the massage continued.

Moments later, however, she said Prager pulled off the sheet to expose his penis and asked for oil. The woman told Prager the massage was done and exited the room.

She said Prager got dressed and when he came out, told her he would return for another massage but hoped noise from nearby construction "wouldn't kill the mood next time," according to the affidavit.

The woman identified Prager to XNA police while he was at the XNA Smokewood Grill Bar.

Prager confirmed that he got a massage, but denied the rest of the accusations. He told police he was aroused by the massage but tried to cover his penis with his hands, according to the affidavit.

Prager is free on bond. He's due Dec. 11 in Benton County Circuit Court.

Indecent exposure is a Class A misdemeanor -- the most serious misdemeanors in state law -- and is punishable by up to a year in jail and a $2,500 fine.