SPRINGDALE (KFSM) — A rare sight on Interstate 49 as graffiti decorated a retaining wall of the new Highway 612 ramp Sunday (June 3). A crew from the City... 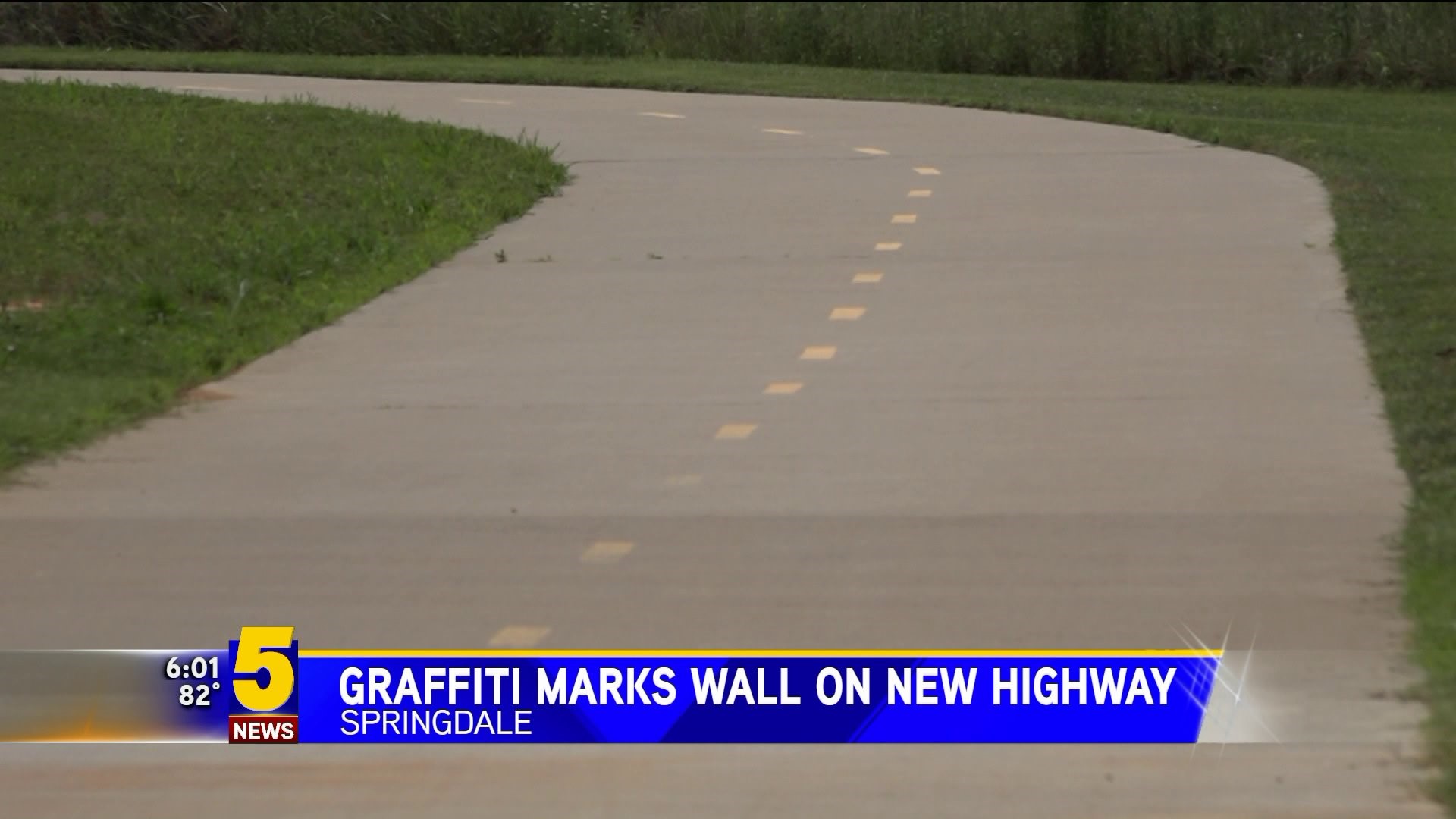 SPRINGDALE (KFSM) -- A rare sight on Interstate 49 as graffiti decorated a retaining wall of the new Highway 612 ramp Sunday (June 3).

A crew from the City of Springdale worked fast Monday (June 4) morning to remove it.

The graffiti read MS-13 which is an international gang that has up to 10,000 members in the United States.

The black spray paint is on at least 24 sections of the overpass pre-cast wall.

The first phase of the Springdale northern bypass opened at the end of April.

“Graffiti like this is very unsightly and especially on a new facility that we just cut a ribbon on not more than just a month ago. So it's a brand new beautiful façade, great looking paint over there and somebody decided to deface it,” said Danny Straessle, ARDOT spokesman.

“We see a lot of it in Central Arkansas. Not as much here in Northwest Arkansas fortunately but it is something that we do have to deal with," he said. "Apparently, our infrastructure makes for a great pallet, a great canvas for all would be artists."

The Razorback Greenway runs alongside I-49 which Straessle said gives easy access to the retaining wall.

“It's a very dangerous proposition though because this is right next to an interstate highway and even if it's in the middle of the night that's even more so a challenge because there is absolutely zero lighting out there. No illumination except for the vehicles come along,” he said.

ARDOT said they are very appreciative to the City of Springdale for cleaning it up so quickly.

Springdale police are investigating this incident and at this time they do not have any suspects.

President Trump recently made headlines after calling its members "animals."  Police have not confirmed if there are any MS-13 gang members in Northwest Arkansas.