VAN BUREN (KFSM) –This past November Olivia Soto had just celebrated her 2nd birthday. When she wasn’t at her biological father’s home in Fort... 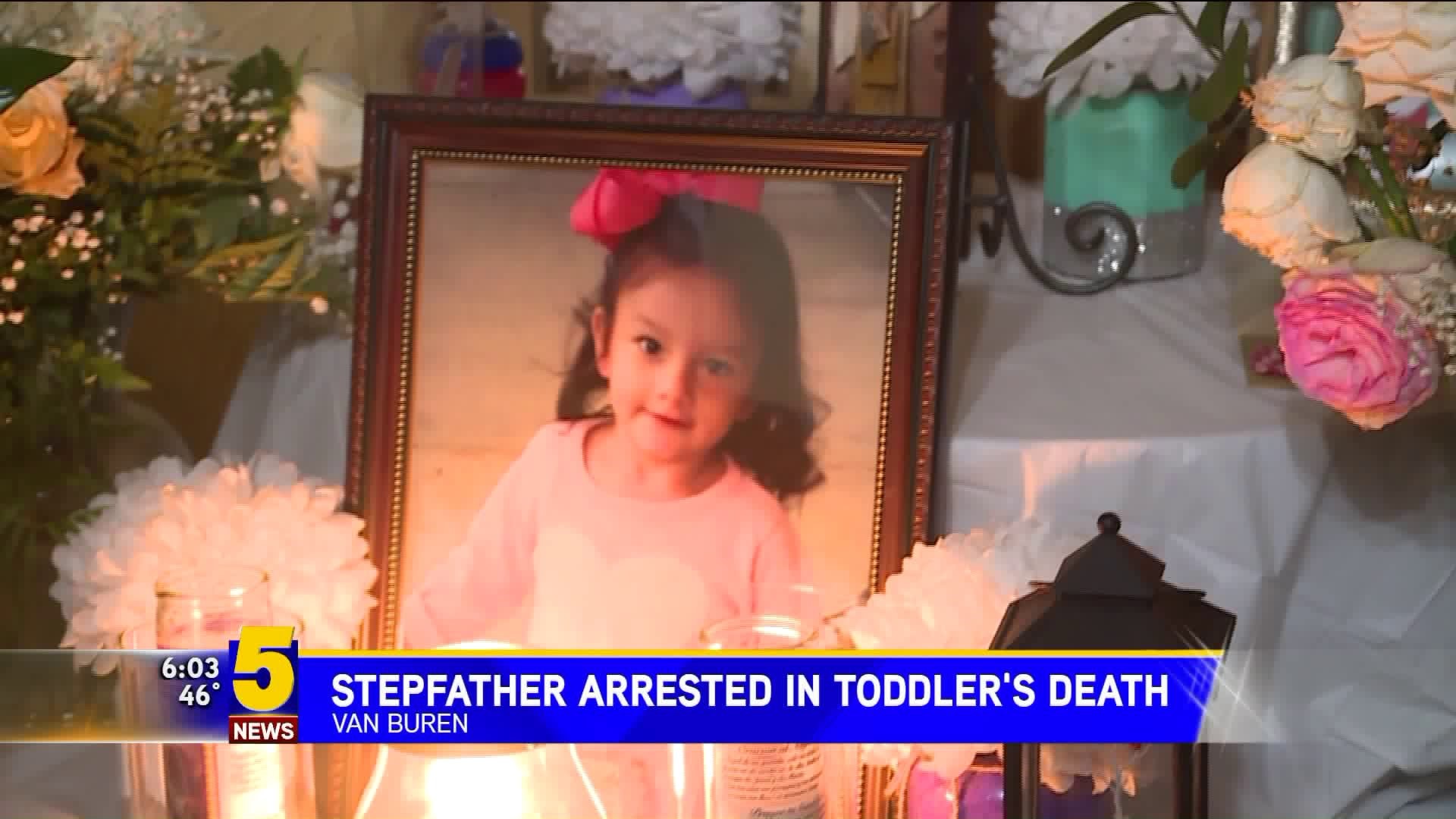 VAN BUREN (KFSM) --This past November Olivia Soto had just celebrated her 2nd birthday. When she wasn't at her biological father's home in Fort Smith, she lived at a home in Van Buren on Granite Circle with her mother and her mother's new husband, Jordan Shreeve.

Shreeve called 911 in November, hung up and then called back, according to police documents. According to a police investigation, Shreeve told the dispatcher to send an ambulance to the address and then hung up.

When investigators arrived at the home they said Shreeve was not there. Inside the home, was 2-year-old Olivia Soto and her biological mother.

Police said the mother let them into the home and lead them down a hallway to where the toddler was unresponsive on a bed.

Investigators said Shreeve showed up at the home around an hour later. He told investigators that he left to take a friend home.

Police said they found blood on the couch, down the hallway and on a dresser in the bedroom. According to reports from investigators, the child had bruising on the left side of her face.

Nearly three months went by as police continued to gather information. In initial police interviews that only obtain public information, neither the mother or Shreeve admitted to police what happened in the home.

" We actually had one of our investigators go the funeral and attend and the mother never showed up to that funeral," said Sgt. Jonathan Wear with the Van Buren Police Department.

The mother and Shreeve were in Michigan during this time, according to police.

They said the pair showed up to the home on Granite Circle on Friday (Feb. 15) with a Uhaul truck and was planning to move their belongings to Michigan. They believe Shreeve has family in Michigan.

Instead of leaving for another state investigators located Shreeve at a motel in Van Buren and arrested him on a first degree murder charge.

"He's in there (Jail) today actually on a $1 million bond," Wear said.

The child's mother, though not charged with a crime at this time could soon be facing one.

"There are some things still being done in the case so that is always a possibility in the future," Wear said.

According to an autopsy report mentioned by detectives, Olivia died by the actions of a person and not by falling out of her crib like the mother originally told police.

"Definitely the big break in the case is him returning here to Van Buren so we could locate him and place him under arrest," Wear said.