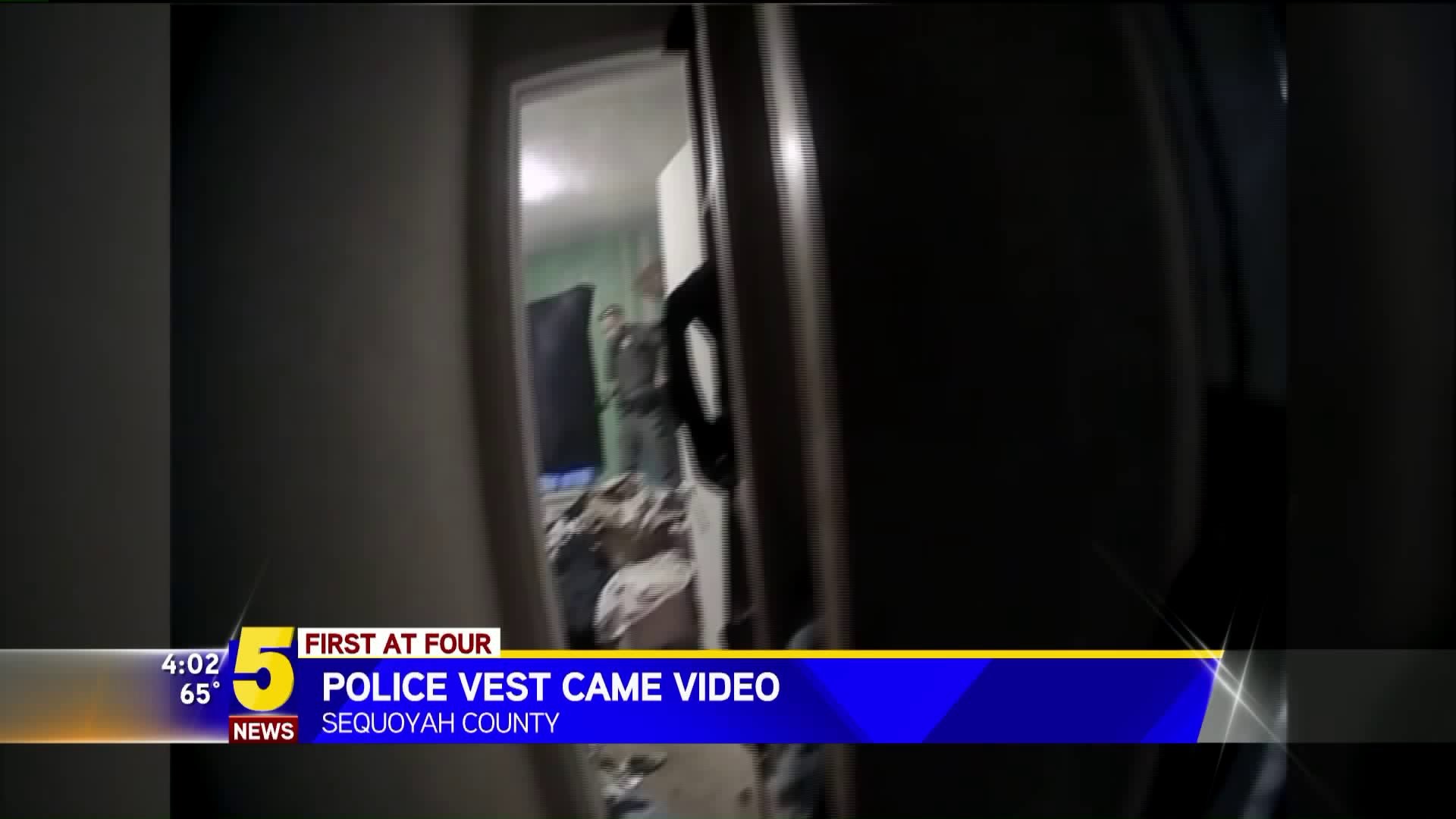 SEQUOYAH COUNTY (KFSM) -- New video released Tuesday (Oct. 24) shows what Sequoyah County deputies were up against as a suspect stabbed a deputy twice. This story was first reported on Friday (Oct. 20) when deputies shot and killed Phillip Trammell after he lunged at deputies with a knife.

Sequoyah County Sheriff Larry Lane said Deputy Christian Goode was rushed to the hospital by a Muldrow police officer and is still recovering.

In the video, you can see Goode enter the home with a Muldrow officer. They search several rooms looking for Trammell. When they enter a room full of laundry, Trammell jumps out of a pile of clothes and yells that he is going to kill the officers. The Muldrow officer deploys his taser, but it does not fire. Trammell lunges and stabs Deputy Goode twice, and Goode fires his weapon several times. Trammell died after he was shot.

Investigators said Trammell stabbed the officer twice with a four inch blade. They also said after interviews with family members they learned that Trammell made threats against law enforcement and may have provoked his family members in an effort to get them to harm him.

"His mother came and expressed her grief for sorrow for Deputy Goode's injuries. She has had problems with him the past couple of weeks," Sequoyah County Sheriff Larry Lane said. "He has made several threats about law-enforcement, not going back to jail and he is also done things to her to try and provoke her to harm him or possibly kill him."

Lane said that Deputy Goode is on leave as of now and recovering while the Oklahoma State Bureau of Investigation wraps up its assessment.