FORT SMITH (KFSM) — Fort Smith city leaders approve a new design for a buoy line at the Lee Creek Water Treatment Center after the old one had to be fixed... 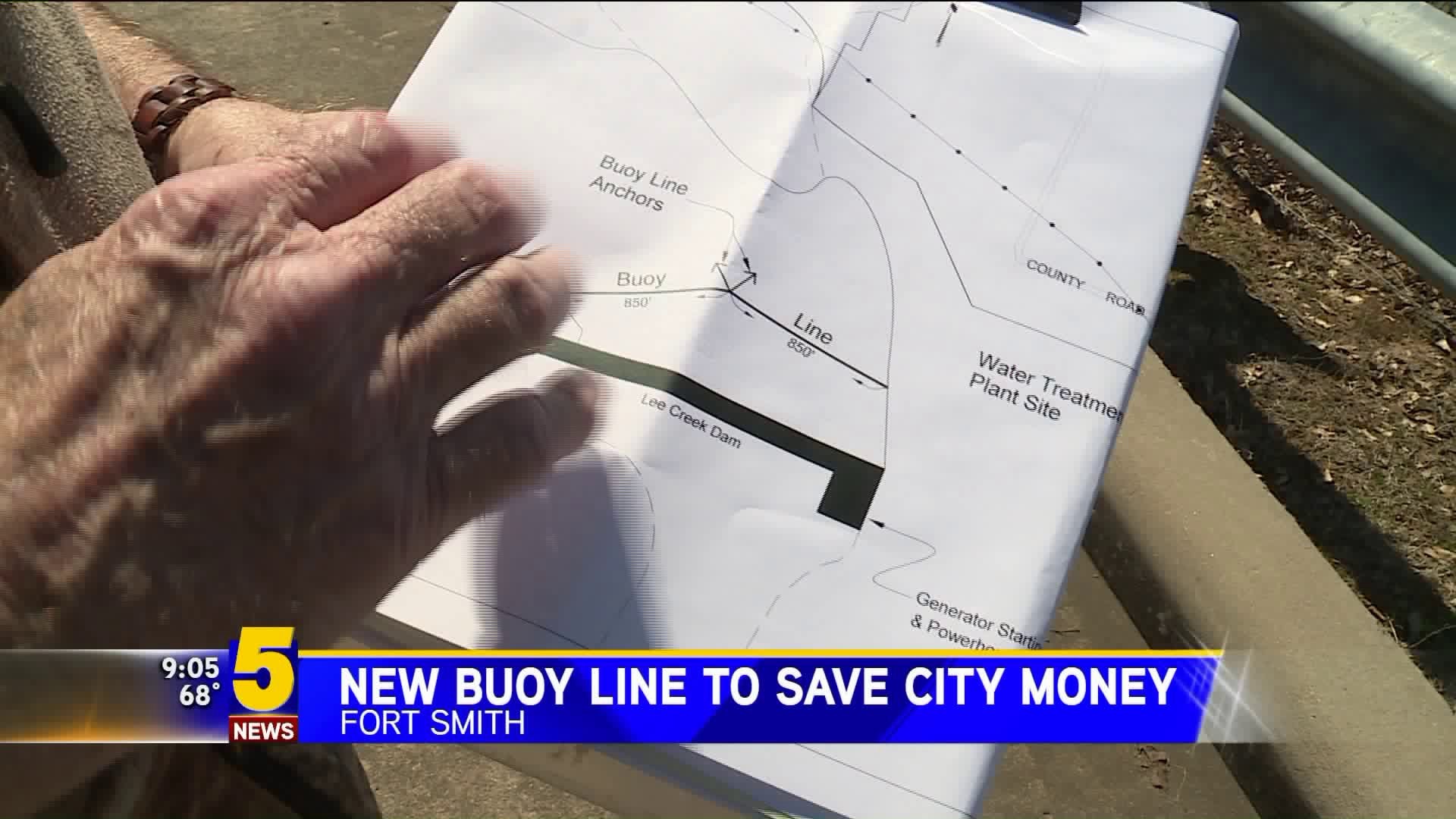 FORT SMITH (KFSM) -- Fort Smith city leaders approve a new design for a buoy line at the Lee Creek Water Treatment Center after the old one had to be fixed several times.

The reservoir there has been closed for some time after the last round of severe storms.

Constructing the new buoy line will cost the city around $100,000, but officials said it's going to save money on repairs in the future.

"We wanted to do two things which is reduce the cost when the buoy line is damaged and also reduce the time that the reservoir is closed when the repairs are being done and that`s why this construction is being done," Joshua Robertson, communications director for Fort Smith Utilities said.

The buoys have been removed, but they used to sit right along the edge of the dam. Officials said the line would sag and debris built up causing even more damage, forcing the city to replace it three times since 2015.

"The lines couldn`t hold all that," Clinton Allison, engineer at Fort Smith Utilities said. "I don`t know if they got weakened over the years or the newer ones weren`t quite as strong."

The new design will feature two large anchors that will hold the center of the line in place.

"We have two break points designed in so that if it does break, it`ll break on the ends and then we can pull it back out and reattach it ourselves without having to go through a contracting effort," Allison said.

Utility crews will be working to reopen the reservoir for fishing and other activities soon and hope the area won't need to be closed for repairs in the future with the help of the new design.

"We understand people are wanting to go and access the reservoir, we know people around that area like to utilize that reservoir," Robertson said. "Yes, it`s been a long period of time but once this is done, we are expecting this to be done at the end of April."

City officials are asking that people stay away from the reservoir during the next few weeks while construction is being done.

The new line and other materials are expected to be shipped in the coming weeks. The construction will also require a special boat to get everything in place.